The Riazor Municipal Stadium it is the headquarters of the soccer team Real Club de Deportivo de la Coruña. Located on Calle Manuel Murguía s / n de A Coruña since 1944. The opening match faced the local with Valencia, who won the victory by 3 goals against the 2 of the “Depor”. 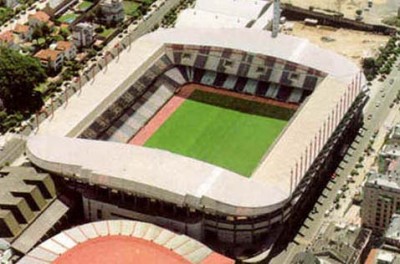 This field, owned by A Coruña Town Hall, is the largest in Galicia, with a capacity of 34,600 spectators. It has dimensions of 105 x 68 meters covered with artificial grass. Throughout its history it underwent several renovations that have left it as we know it, with the biggest intervention being the one that suffered due to the complete closure and the creation of the Pabellón stand, in 1985. There is a project to do a new field that is paralyzed at the moment. 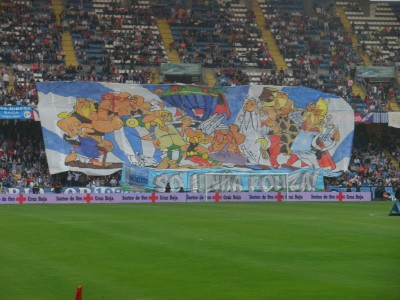 It has complete facilities with changing rooms, sauna, recovery clinic and anti-doping control. It has modern facilities for journalists, such as radio booths, press rooms and other facilities. It also has 9,000 square meters of parking and service areas for attendees.
It was the scene of meetings of the Soccer World Cup 1982 and we can say that it is the cursed stadium of Real Madrid, who can not win in it. 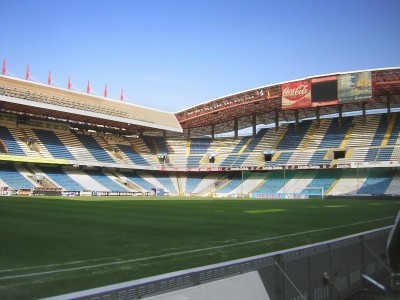 The official uniform The team is a blue and white vertical stripe shirt and the two alternative uniforms vary each season.