The Ponte Vella on the Miño River joins the center of Pray with the populous Bridge Neighborhood. Also know as Ponte do Miño or Ponte de Ourense, takes the name of Ponte Vella when the Ponte Nova. 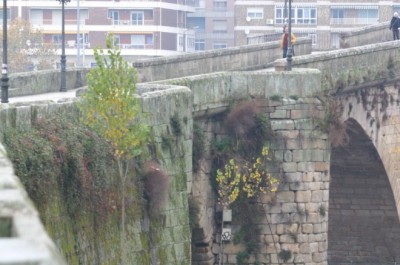 It was built in the first century, in the time of emperor Augustus, as evidenced by the padded ashlars that are still preserved in their bases. It is one of the best preserved in Spain and was declared National hystoric monument. It constitutes one of the symbols by which the city of Ourense is known. 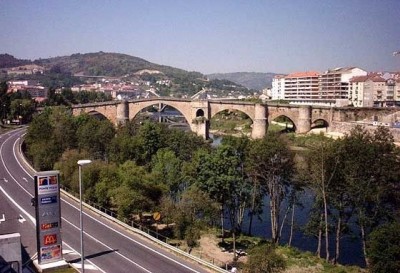 It has 5 meters wide and 370 meters long. Originally it had eleven arches, of which only seven are preserved, highlighting the central pointed arch, with a height of 37 meters. It was the widest arch of the entire Roman Empire and is a sign of the power of its engineering. It was very important since it was the link with Santiago de Compostela. 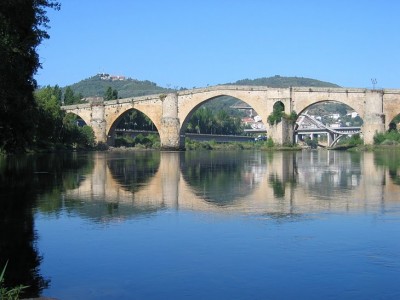 his actual structure it is the result of the intervention of the thirteenth century to which Bishop Lorenzo submitted it. Although it was in the 17th century when Melchor Velasco rebuilds it and gives it the appearance we know. The tower The defense that appears on the shield of the city was demolished in the early nineteenth century for causing traffic problems. 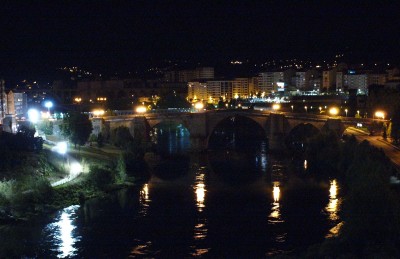 The area was recently rehabilitated and has resulted in a river walk with leisure space and parks next to Sports Pavilion from the city. All the circulation automotive traffic was referred to Millennium Bridge.