The Royal Hospital of Granada It is located in the center of the city, delimited by the Hospice Avenue and the Capuchinos Broad Street. It is surrounded by Gardens of the Royal Hospital, which give frame to the imposing plateresque windows of the facade of this beautiful Gothic building with later aggregates of classic type. 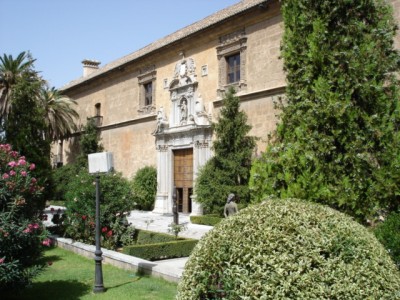 It has a Greek cross plan inscribed in a square with symmetrical patios at the angles, taking as a model the Hospital Mayor of Milan. We highlight, especially, the Gallery of the Convalescent open to Field of Triumph, with a beautiful Plateresque decoration and the shields of the Catholic Monarchs and the Emperor. 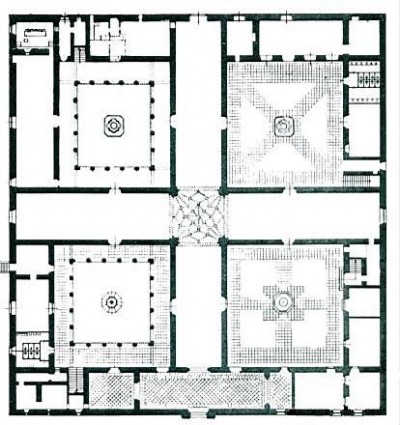 The Royal Hospital has its origin in the conquest of the city of Granada by the Catholic Monarchs. These saw the need to create a hospital center. Immediately the original project grew to the great hospital that was built in 1504. The initial enclave was the Alhambra, but it was finally built on the old Muslim-era cemetery, in front of the city walls. 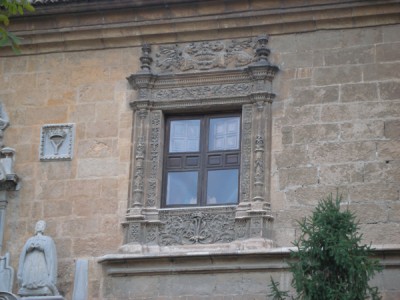 It is currently the headquarters of the Rectorship of the University of Granada. In the bays of the upper floor, the noble floor covered in its central part by a large decorated wooden vault, works today the University Library. The ground floor is used for conducting exhibitions and concerts. We get there by means of lines 8 and C of the urban bus.