The Expiatory Temple of the Sacred Family It is located on Calle Mallorca 401 in Barcelona, ​​in the Metro station Sagrada Familia. 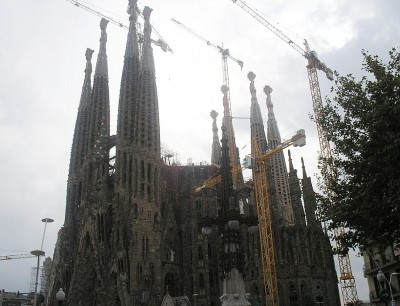 It is the most important work of the Catalan architect Antoni Gaudí. He worked on it for 43 years until the day of his death in 1926, when he was run over by a tram when he left the premises. Monumental and pharaonic, it is the least conventional church in Europe. It is probably the most extraordinary construction in Spain. Work of international architecture reference, which is still under construction, following the originally designed and detailed project.

At present it is believed that the temple will be finished between 2020 and 2022, but it is not safe. 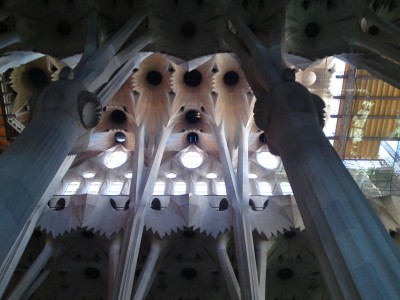 We must stand out to see:
• The Passion Facade, with the sculptures of Subirachs.
• The monumental Bronze Doors representing the Old Testament.
• The the ceiling that Gaudí wanted it to look like a forest from the inside.
• The Nativity Facade and the Crypt, built by Gaudí and declared Heritage of humanity by unesco.
• The Steeples that Gaudí wanted to highlight.
• The Museum with the Modelist Workshop, where the original plaster models were rebuilt.

Open daily between 9 and 19 hours. General tickets cost € 12 and reduced € 11. The Guided visits, in Spanish, Catalan, English, Italian, German and Portuguese, they cost € 16. Access to the lift towers costs € 2.5.