The San Fructuoso Church, also known as Church of Las Angustias de Abaixo or de la Real Angustia, is located on the Rúa da Trinidade, in the monumental center of Santiago de Compostela. 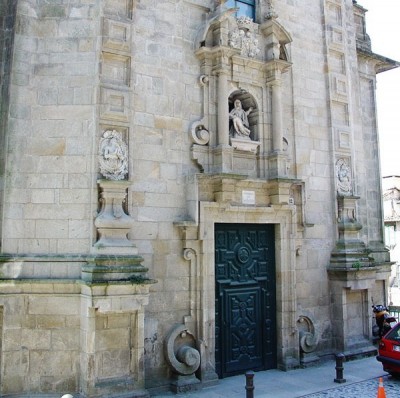 It is dedicated to San Fructuoso, bishop of Tarragona in 259, was martyred in the amphitheater of his diocese, victim of the persecution carried out by the emperors Valeriano and Galieno. It was built in the century XVIII, on style baroque compostelano following the churrigueresca discipline, on the project of Lucas Ferro Caaveiro. 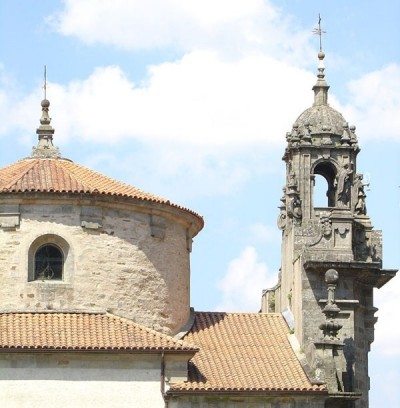 The facade San Fructuoso, slightly curved, is designed to be viewed from the height of the neighbor Obradoiro Square, without abandoning it. Thus we have a facade full of symbolisms, where you can see a niche with the Virgen de las Angustias, on which there is a shield of Spain. As a culmination, four sculptures representing lThe four cardinal virtues: Prudence, Justice, Strength and Temperance, popularly known as the four jacks of the Spanish deck. These frame the Bell tower central adorned with scrolls and pinnacles. 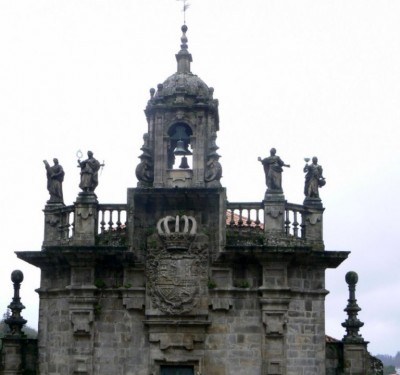 The central floor of the temple is organized by the imposing half orange dome which is the most important element of the monument. In the inside highlights the Piety found in the main altar. 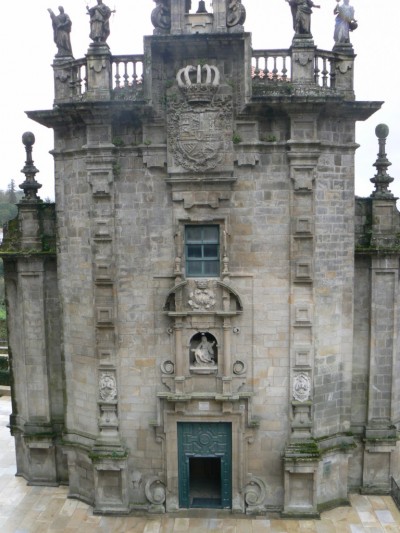 Nowadays the cult is usually done, so the tourist visits They can be done from Monday to Saturday between 10:30 AM and 2:00 PM.