The San Jerónimo Monastery It is located between Gran Capitán and López Argüeta streets, in the aristocratic neighborhood of La Duquesa, in Pomegranate. It was founded by order of the Catholic Monarchs in 1492, and its original location was in Santa Fe, until in 1500 it was moved to the site that today occupies the Hospital and Church of San Juan de Dios, and finally moved to the Huertas del Nublo of the Nasrid kings, their current location. 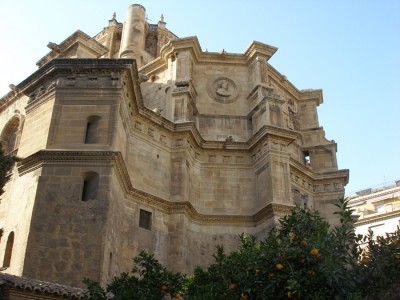 For its construction the Arabic stones of the Elvira Gate. Consists of Church and monastery.The works began with a Gothic project. The Duchess of Sessa, Doña María Manrique, took over the Renaissance style in order to bury the remains of her husband in the church. Great Captain, Don Gonzalo Fernández de Córdoba. 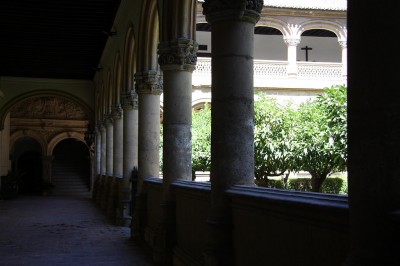 The first cloister, with 36 semicircular arches and planted with orange trees, has an excellent view of the church and the Gallery of the Convalescent. Impress the calm environment that is created in the heart of the capital. The closing Jeronimo nuns occupy the second cloister of the Monastery since 1967, after returning the building at the hands of the order. 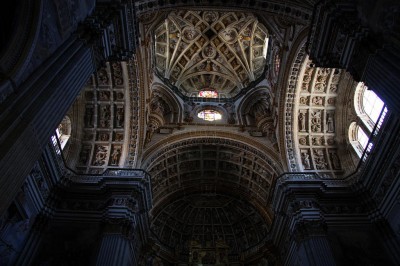 Outside it is Gothic and the ochavada header of medieval character which most impacts by its appearance of strength. The Church has a Latin cross plan in a single nave with a gothic vault cover and side chapels. In it the Mannerist altarpiece of the Main Chapel is the most outstanding work. The Choir has a stalls made by Siloe of high aesthetic value.