The San José Castle is in Naos, at the entrance of Port of Arrecife, in Lanzarote. It is an old military fortress of semicircular plan, of ashlars and masonry with the appearance of great solidity. Carlos III ordered it to be built in the 18th century. 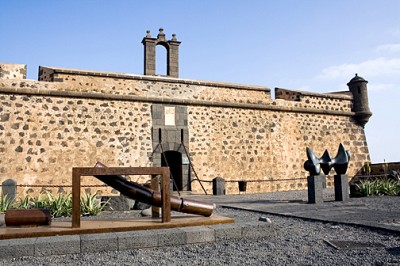 It was motivated by the need to protect the growing port activity and to give work to the population that suffered hardships as a result of the volcanic eruptions of 1730-36. Giving rise to the nickname with which he will be known: “Hunger Fortress”. 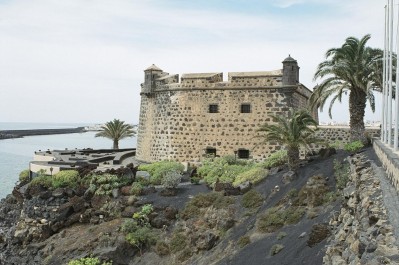 The Cabildo commissioned César Manrique the restoration and remodeling of the ruins, to house there the International Museum of Contemporary Art (MIAC). The intervention is absolutely respectful of the structure of the building that was hardly modified. The most notorious is the addition of the rest and restoration area ingeniously connected by stairs, which actually constitutes an excellent viewpoint of the port that you should not miss. The restaurant is open between 1pm and 11pm. 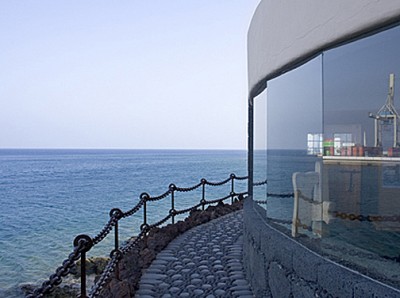 The inauguration was made in 1976 with great repercussion and the assistance of great painters of the time, among which Picasso or Tàpies could be counted. The MIAC collection reflects the work of the 50 to 70 generation of the 20th century. We can see the works of Tàpies, Rivera, Michavila, Gordillo and many more. 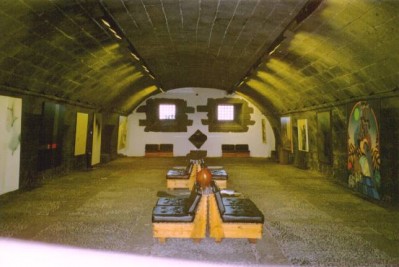