The Piazza San Marco is in the historical center of Venice, on the south side of the city, the opposite of the entrance. There we can arrive walking or by vaporetto by the Great channel to the San Marco stop: we will enter through the Piazzetta San Marco. 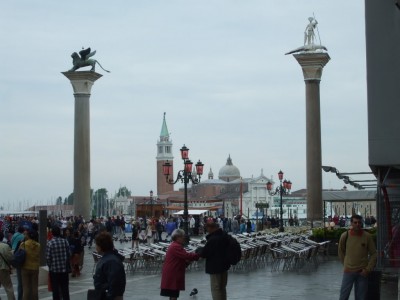 It is a place of confluence, it has always been the center of city life. There the important acts of the Republic of Venice were developed. Napoleon, invading the city, said that the Piazza was “The most beautiful salon in Europe”. It is the only one in the city with the right to be called Piazza, the others are Piazzetta or Campo. 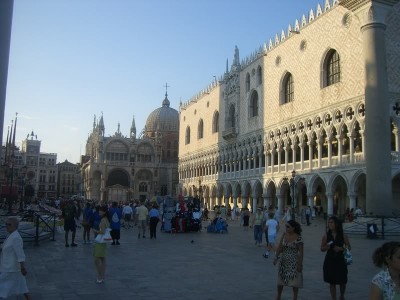 This architectural ensemble in the form of L It is formed by two places: a larger one, porticoed limited by the Procuratie Vecchie and the Nuove, and the Piazzeta San Marco that joins it with the Canal. Its dimensions are 170 by 80 meters. It has its origin in the ninth century, as part of the Ducal Palace. Separated by a canal, the Batario River, from the Basilica. In the twelfth century it was covered and a century later paved, remaining with the current image. 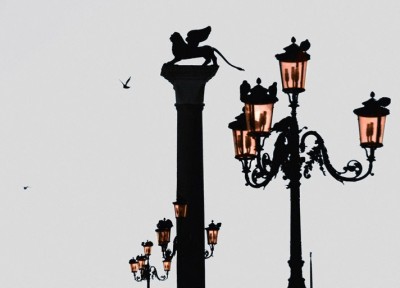 If we stand with our backs to the canal, between Columns of San Marcos and San Teodoro, brought from Constantinople, place of public executions, we can see: in front of the Basilica of San Marcoon the right the Ducal Palaceon the left the Campanile and in the background the Torre dell’Orologio.
It is the first place to flood when there is Agua Alta because it is the lowest in Venice. They put up elevated walkways to allow circulation. 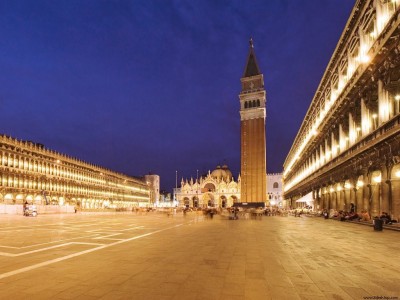 In the Plaza it is not allowed to eat or drink, or feed the pigeons, the true owners of the place. Take a night walk to go to the wonderful cafes of the place.