The Basilica of Santa Maria Novella It is located in the homonymous square, in the center of Florence. It is the first of the great Florentine basilicas and the first large Gothic building in the city. 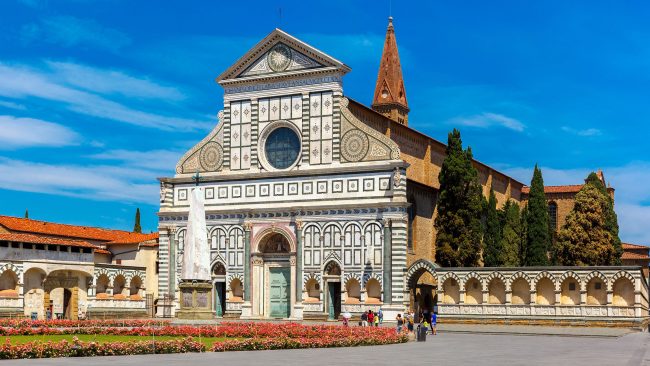 Its construction was initiated at the end of the 13th century by the Dominicans and the facade was finished by Leon Baptist Alberti, in the 15th century, with a set of white and green marbles similar to marquetry, with an elegant and austere bell tower. 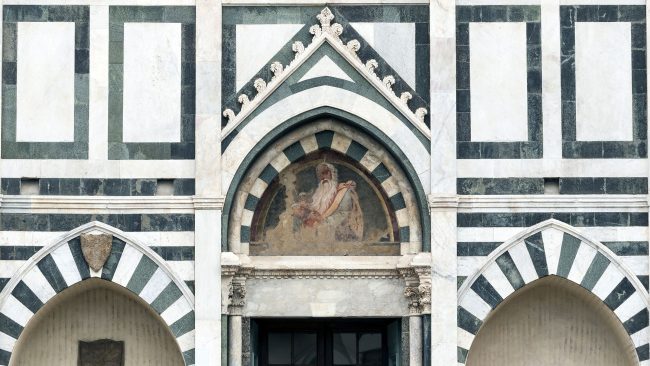 The most important works he owns are, the frescoes by Filippino Lippi in the Strozzi Chapel and the whole decoration of the Chapel. The frescoes of Ghirlandaio, in the Tornabuoni Chapel. The Spanish chapel, which were used by Leonor de Toledo and his court. And the wooden crucifix of the central nave, the work of Giotto. 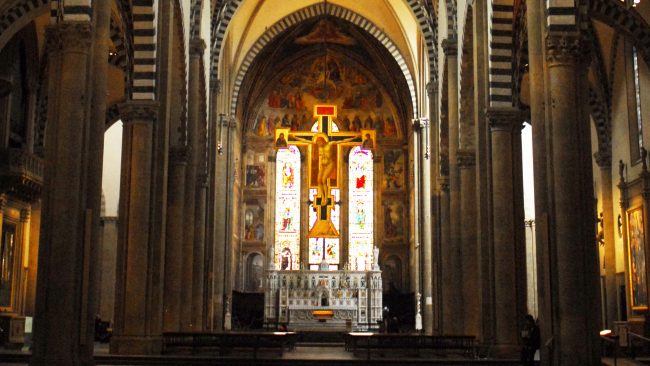 But among the most shocking, it is counted The Trinity, from Masaccio, which at the beginning of the 15th century revolutionized art with the use of perspective.

The whole set is completed with the Green Cloister, so called by the frescoes made with green earth that decorate it, the Big Cloister and the Little Cloister of the Dead which make up one of the most beautiful examples of Italian Gothic architecture. 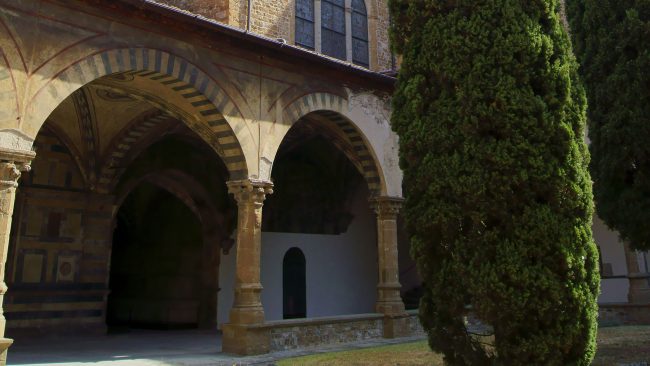