The Santiago de Compostela City Council and dependencies of the Xunta de Galicia occupy the Rajo Palace (Raxoi Manor). Its construction is the work of the French architect Charles Lemaur, who designed it by order of Archbishop Rajoy to house the former Seminar of Confessors, in the XVIII century. 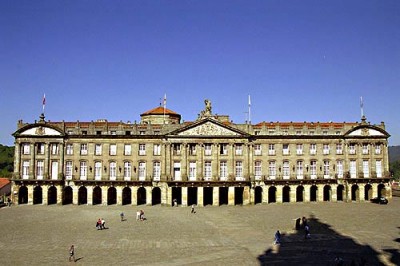 This monument closes in the west the Obradoiro Square, right in front of the Cathedral of the city, in the land that was previously occupied by the jails of Santiago, in the monumental center. 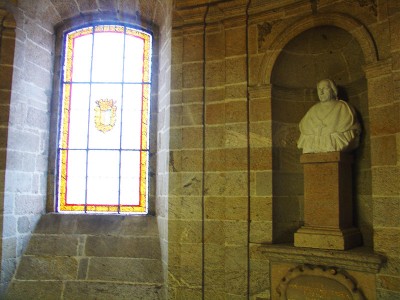 Its grand main facade of 90 meters in length is of the neoclassical type, and is symmetrically organized with a triangular central pediment and two semicircular sides. The three pediments rest on Ionic columns and, the central presents a relief where the battle of Clavijo is seen topped by a statue of the Apostle Santiago, works by José Ferreiro. In its lower part it also has 10 semicircular arches on each side of the 5 central linings. 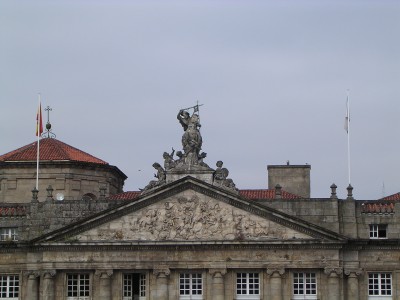 But its interior is not less than its external appearance, the Rococo staircase must be specially highlighted. 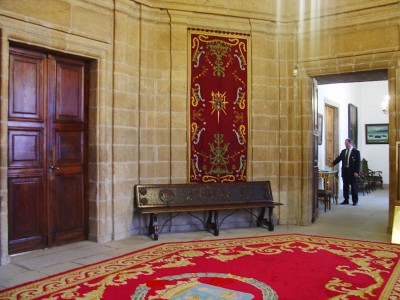 This impressive French neoclassical building is currently one of the most emblematic of its style in all of Spain. Unfortunately, because it is a government building, it is not a visitable monument, we can only admire the exteriors.