The Sculptural Park of the Tower of Hercules It covers 47 hectares in Punta Herminia, O Acoroado and the Cabal de Pradeira, in A Coruña. This large green space was populated with sculptures that are integrated into the elements of the place, forming one of the most special walks in the city. 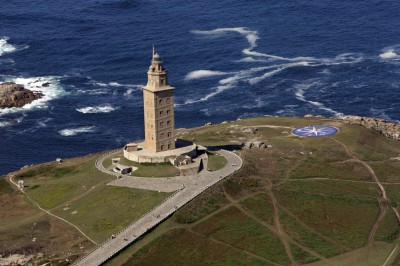 The sculptures collect the environment theme, with allusions to the mythology and history of the place, without forgetting the marine world that gives life to the region. A site for homage, memory and history, with the creativity of Galician artists. 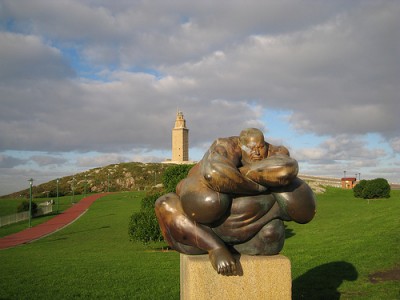 We will see the Mount two Bicos, the oldest human testimony in the area, a site dating back to the Iron Age, with petroglyph complexes on a promontory in Punta Herminia. The Moro Cemetery, in the Cabal de Pradeira, where Muslim soldiers were buried during the Civil War, which today, already exhumed the bodies, houses the House of Words, symbol of understanding between different civilizations. 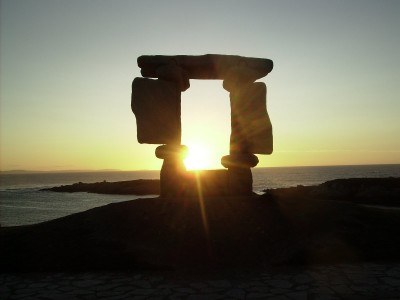 Among contemporary creations is the Charon, by Ramón Conde, who receives us bluntly. The polychrome mosaic of the Compass Rose made by Javier Correa, at the foot of the Tower, brings together the Celtic icons. The Ara Solis of Silverio Rivas, symbol of the place where pilgrims came to watch the sunset. The Menhirs for Peace, by Manolo Paz, also called the Menhires family, a collection of 12 phallic pieces representing the family, located in a circle. 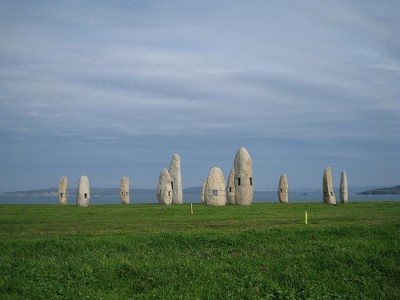 Special interest causes the Monument to the Fusilado of the Franco era, by Isaac Díaz Pardo, who in the Rat Field Remember the executions of the place at the end of the Civil War, with a poem by García Lorca and the list of those shot by repression.