The Scuola Grande by San Rocco is in the Campo di San Rocco, in Venice in the heart of sestiere of San Polo. It is part of an architectural complex composed of Scoletta and the San Roque Church. 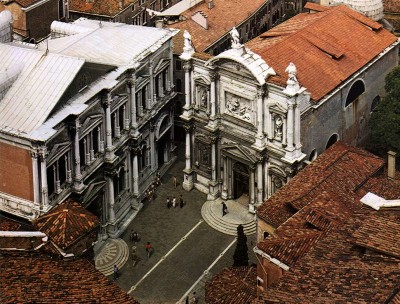 It is one of the most important buildings in the city. Its construction dates from the early 16th century and emerges to thank San Rocco for the end of the sorrow that decimated Venice. The work was initiated by Bartolomeo Bon, and the facade is the work of Antonio Scarpagnino. The interior decoration was in charge of Tintoretto, who over 24 years painted walls and ceilings until achieving a monumental work. 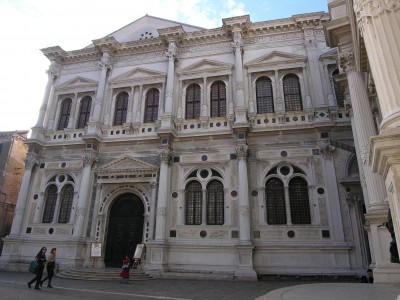 The Scuola were archicofradías of laity of some guild, born under the protection of a saint, as charitable foundations that protected the sick and the poor. The one in San Rocco is the best preserved of the six that the city has. 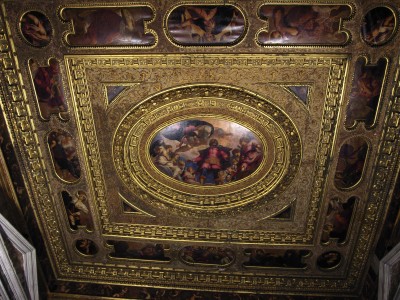 There are three rooms to visit from this large two-story building. In the Lower Room we can see the late works of Tintoretto, among them the “Holy Mary of Egypt”. In the Grand Superior Room and the Sala dell’Albergo, the most interesting of the visit and its first era, with its walls and ceilings covered with biblical scenes, the most significant is “The Crucifixion”. 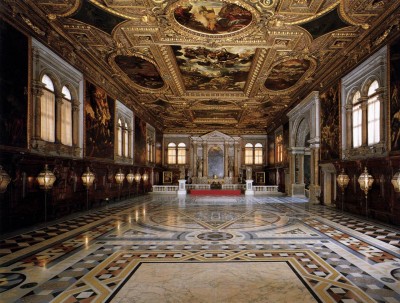