The australia shield, is a shield of much symbolic content. It was made by mandate of King George V in 1912.

In the central part it contains the blazons of the states of Australia: New South Wales, Queensland, South Australia, Western Australia, Tasmania and Victoria. 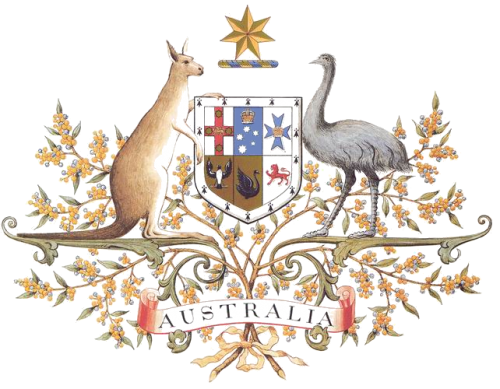 The blazons are surrounded by a filia that symbolizes the federation of the six states. We can observe that surrounding the blazons are the national symbols of Australia that are the emu, the kangaroo and the golden wattle.

The emu represents the birds Australia, the kangaroo the terrestrial fauna and the golden wattle the flora.