The Signoria Square It is the most emblematic of Florence. Symbol of Florentine civic life and takes its current form from the thirteenth century. 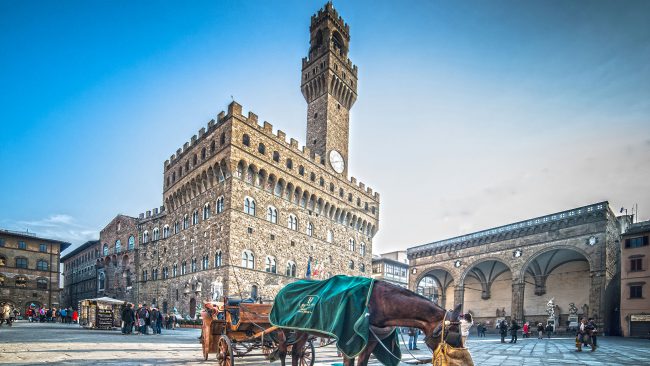 In her the popular manifestations, the celebrations and the public executions were carried out, like the one of the monk Girolamo Savonarola, hung and burned by heretic. A license plate on the ground, in front of the Neptune Fountain from Ammannati reminds us of the fact. 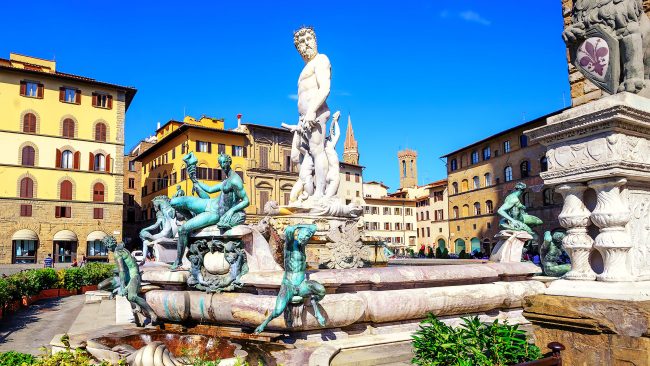 Art and medieval beauty meet, especially, since the arrival of the Medici to power. So we can appreciate in this real museum, the equestrian statue of Cosme I by Giambologna in the center of the complex. 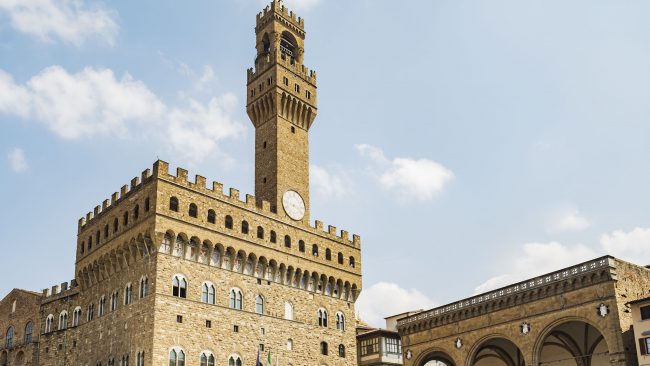 The entire space of the square is surrounded by historic buildings: The Vecchio Palace, The Loggia dei Lanzi, the Merchandise Court, the Uguccioni Palace and the Palace of General Assurances. 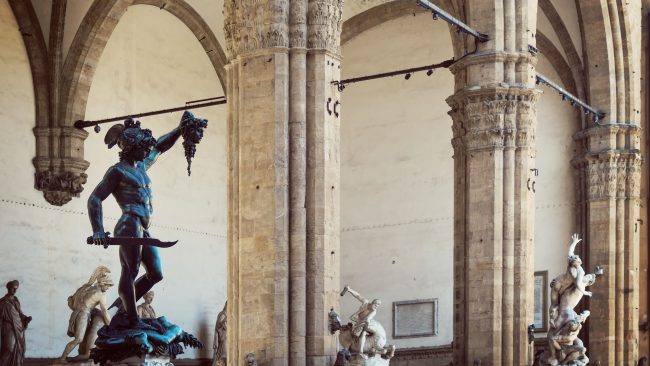 At the gates of the Vecchio Palace, there is a copy of the David by Michelangelo (the original was removed to the Academy), Hercules and Caco of Baccio Bandinelli and the copy of Marzocco by Donatello (original in El Bargello).

The Loggia dei Lanzi It is another example of beauty: there are copies of sculptures of high value. Among them are the Rapture of the Sabines Y Hercules fighting with the Centaur Nesofrom Giambologna. But it is Perseus, the bronze of Cellini, which focuses the attention of the pedestrians.