The season of ski It is exceptional because of the continuous and abundant snowfall and it is on its way to becoming one of the longest. Many stations accumulate more than two meters of snow; Sierra Nevada llega up to three and a half meters and is, at this time, one of the most snow offered in the world. It occupies the number 19 in a classification headed by the Swiss Zermatt, with more than six meters. 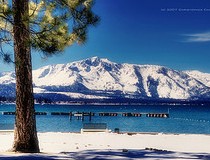 Spanish skiers began to slide in November on the 8th opened Masella, in Girona, and the forecasts indicate that it will end late. Several ski centers will keep their facilities open until spring, if the conditions exist. Boí Taüll, in Lleida, until May 10, with a special ski pass at a reduced price (18 euros for adults and 13 for children) for skiing from 8.30 to 13.30 hours. Masella, in Girona, also wants to endure until May. And Sierra Nevada, in Granada, will be open until the 15th of that month to ski from 9.00 to 14.00 hours for 20 euros. And the two Andorran stations want to reach at least until the 3rd of that month. If the forecasts are met, it will be 27 ski weekends over seven months: something really unusual in recent years. So much snow has also made many stations have launched new tracks and services to make the most of what is left of the season, which is a lot. These are the most important. 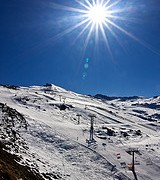 The group Aramón, which includes Formigal, Panticosa Y Cerler, in Huesca, and Javalambre and Valdelinares, in Teruel, these days it offers the largest ski area in its history. Formigal has opened for the first time two cross-country ski circuits of 20 and 5 kilometers; an igloo bar in the valley of Izas where you can have drinks and snacks, and a speed-controlled area for families, children and beginners to ski safely. It is the only station in Spain that offers this service, installed on the Anayet, Sarrios and El Río tracks; In total, nine kilometers marked with banners and explanatory panels and monitored by station personnel and monitors. 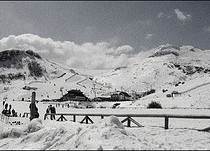