The Spain Square, from Seville, is within the set of Maria Luisa Park. It was created for the Ibero-American Exhibition of 1929. It was made in regionalist style, which mixes Mudejar, Gothic and Renaissance. 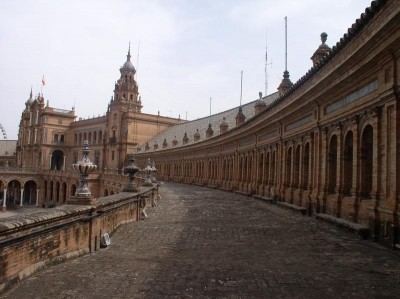 It is 200 meters in diameter. Around the square there are 48 banks representing the Spanish provinces. Its decoration in tiles shows the shield, the map and facts of the history of each one of them. Its semi-elliptical shape symbolizes the hug between Spain and what had been their colonies. In the central area a fountain is erected. 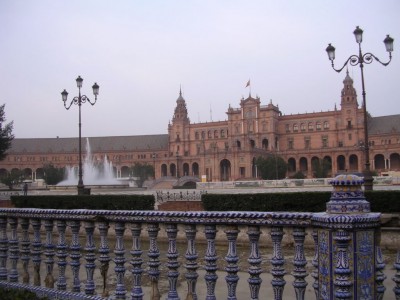 The square is surrounded by a canal crossed by four bridges that symbolize the four kingdoms of the Spanish crown: Aragon, Castile, León and Navarra.
The buildings around the square they are used, at present, like headquarters of public, governmental and military organisms. 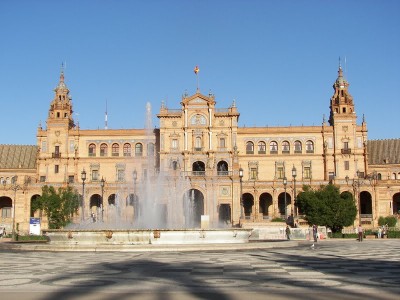 Among the most outstanding elements of its decoration are the marble, the wrought iron, the 24 imperial eagles with the shield of Carlos V and the 48 medallions with the busts of illustrious men of Spain.

The square is public and free of charge, but at 10 pm it closes.