The Spain Square It is the largest in the city of Santa Cruz of Tenerife. It was built in 1929 on the historic San Cristobal Castle, of which only some walls remain in an underground gallery under the square. 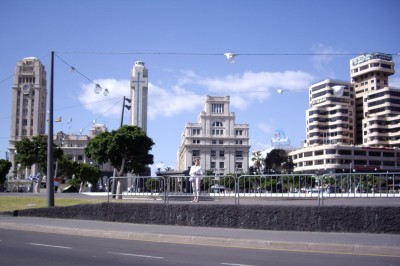 This place was declared «Insular Square of Interest», by the Cabildo de Tenerife. It occupies a space of 5,026 square meters. It is chaired by the The monument to the fallen ones, added in 1944. It is a construction of Franco’s monumental architecture with a clear influence of Italian fascist architecture. It consists of a tower in the form of a cross that has a viewpoint at the top and at its base an empty crypt, which presents a set of allegorical sculptures. 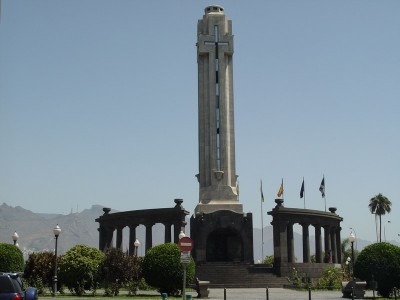 Recently the remodeling designed by the Swiss architects Herzog and de Meuron, which have added a central seawater lake, with a built-in geyser. We also find, surrounding the lake, three pavilions that host various uses and an underground gallery that allows you to visit the ruins of the base of the old castle, found during the works. 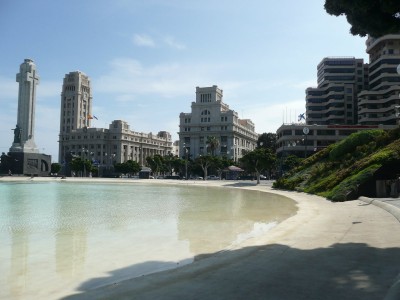 The Plaza de España is located between the Plaza de la Candelaria and the Avenida Marítima, annexed to the Port. The Mall of the Duke of Santa Elena, built at the end of 1787 is almost an integral part of the square, which gives continuity. Around it we can find the buildings of Island Council of Tenerife, of the Recreational Society Casino de Tenerife, the main office of and some dependencies of the Port. 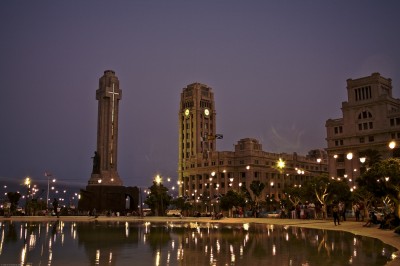