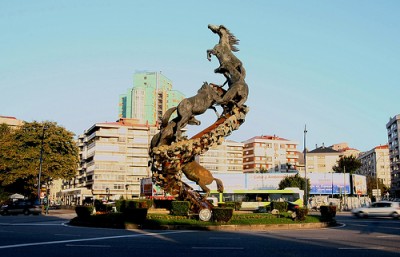 The square is between the city center and the port, the railway station and the Gran Vía.
The Plaza de España has a large diameter and is chaired by a monument that has become a symbol of the city of Vigo. 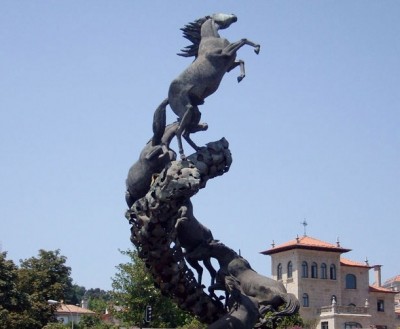 The Los Horses monument (Os Cabalos, in Galician) was made in 1991 by the sculptor Juan José Oliveira Viéitez. These are five horses that ascend a spiraling stream of water. The monument, made of bronze, with almost 20 meters high plays with the curves and the expressive force of the animals. At the foot of the sculpture there is a pond 10 meters in diameter. 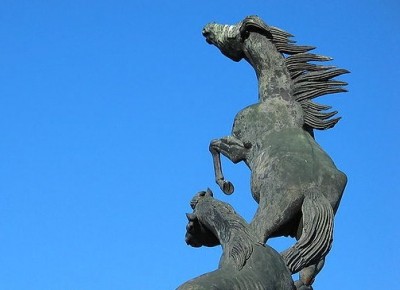 The sculpture aims to honor the wild horses that inhabited the Mount of Castro in ancient times and that can still be found today in the mountains around the city.