The San Marco Toweror Campanile, is in the union of San Marco Square and the Piazzetta, in the center of Venice. It was built in the 10th century and restored several times. In 1902 it collapsed and was rebuilt with the same materials used in its original construction: red Bergamo brick, white Istrian stone and copper on the roof. 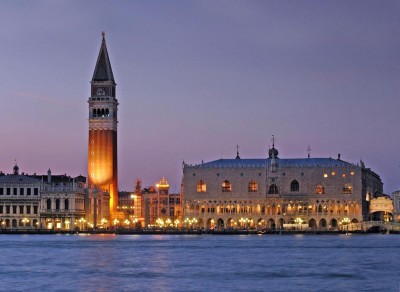 In the past it served as a lighthouse for navigators, to do stunts, cage blasphemous cures, bell tower and observatory. From there, Galileo demonstrated to the Dux the operation of his telescope. Currently, it is the best Viewpoint of the city and we can climb with elevator. 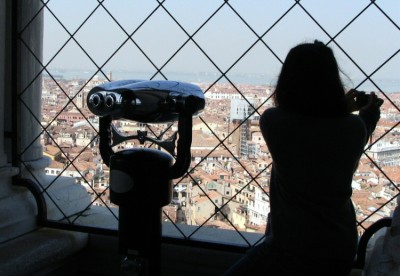 It is a tower of pure lines of square section, and 98.5 meters high. It is richly decorated, has three arcades separated by columns that frame some niches with statues of Minerva, Apollo, Mercury and Peace. At the top there are reliefs that represent, Candia Island, Venice symbolized by Justice and the Island of Cyprus. It is crowned by a weather vane shaped like a golden angel. 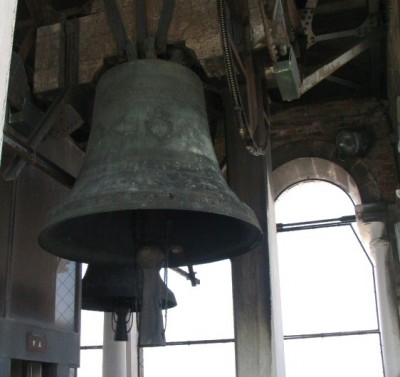 Owns five bells: Marangona is the oldest, Malefico, Nona, Trottiera and Mezza Terza. Each of them had a different function.
Access is by Sansoviana Loggieta, which welcomed the body of the guard. 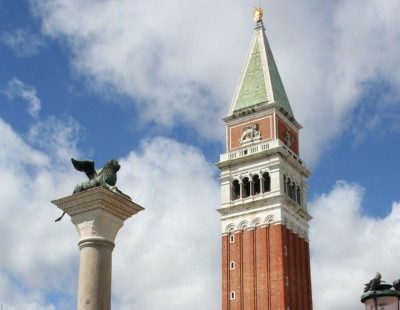