One of the main attractions of the next soccer world cup 2014 These are its stadiums, since the Brazilian government has been remodeling them for more than seven years, so they will have all the necessary technology and luxury. These are the stadiums that will host the Brazil World Cup 2014: 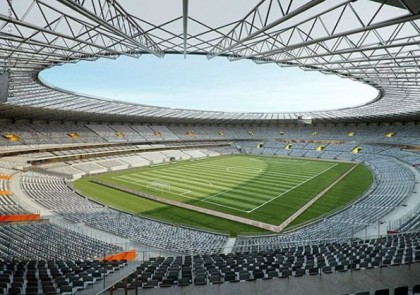 Mineirão Stadium, Belo Horizonte. The imposing stadium of Atlético Mineiro and Cruzeiro will be the scene of six matches at next year’s World Cup. The most important match will take place in the semifinal stage.

National Stadium, Brasilia. Located in one of the most important cities in Brazil, both architecturally and culturally. This is the second largest stadium in the country that has been remodeled to enjoy several meetings with all the comforts.

Pantanal Arena, Cuiabá. One of the most picturesque stadiums in Brazil that is located in a region where the variety of flora and fauna abounds. He is currently finalizing construction preparations.

Arena da Baixada, Curitiba. The state was restructured in 1999, and today it is one of the most modern scenarios in the country, reason enough to become the headquarters of the World Cup. 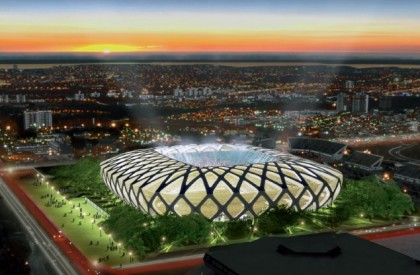 Castelão Stadium, Fortaleza. Although it is 40 years old, this is a very important stadium for Brazil, either because of its capacity to house a total of 64,165 people, or because it is named after Governor Plácido Castelo.

Amazonia Arena, Manaus. It has a strategic and privileged location to enjoy the best tourism in Brazil. The Arena Amazonia stadium has as background the most complex and largest jungle on the entire planet. Nothing wrong right?

Dunes Stadium, Natal. This stadium is being remodeled a few months after its inauguration, with an avant-garde and wavy design that will be exhibited as one of the great constructions that Brazil 2014 will leave us.

Beira-Rio Stadium, Porto Alegre. Located on the Guaíba River, we are facing the most emblematic stadium of Porto Alegre and current headquarters of Sport Club Internacional. Its solid architecture is perfect for playing international matches.

Pernambuco Arena, Recife. A historic stadium that hosted the 1950 World Cup, and will repeat the plate for five matches of the 2014 World Cup Brazil 2014.

Maracana, Rio de Janeiro. The immortal stadium that hosted the final of Brazil and Uruguay in 1950 has been chosen the mythical stage to play the most important matches of this new world. Who will win?

Arena Fonte Nova, Salvador. Rebuilt with the intention of modernizing its facilities for the public and the teams that attend the World Cup in Brazil 2014.

São Paulo Arena. The stadium will be the center of attention around the world with the opening match of the 2014 World Cup in Brazil, in addition to five other games, including a semifinal.