The first color television broadcast between London and New York took place in 1928. However, in the United Kingdom there is a tax that is paid to watch television amounting to around 145.50 pounds per year. It serves to finance the BBC, since it is a public entity. Here are the programs that have the BBC and other popular channels.

In addition to providing radio services in the United Kingdom, the British Broadcasting Corporation (BBC) also provides television service. This British television network based in the Broadcasting House in London is a public company which operates under the mandate of a royal charter.

Since its founding in 1922, when it began its journey in the world of media in the form of radio, BBC TV channels have become the most watched in the entire country. Below we list the different options available.

Although the BBC operates several television channels throughout the country, without doubt the most emblematic is BBC One. As its own name indicates, it is the first television channel of the BBC, whose inauguration took place in 1936 under the name (already in disuse) BBC Television Service, later abbreviated to BBC Television. It should be noted that its programming is not interrupted with advertising cuts. 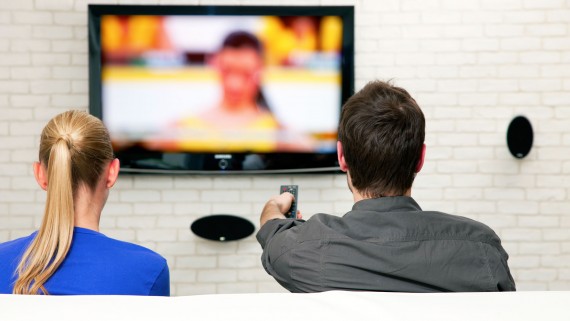 The type of programs that can be enjoyed on BBC One are those of a general and informative nature. However, this television offer must always maintain its values ​​as a public service, since we must not forget that the BBC belongs to the State.

Thus, within the total annual hours of BBC One, it could be said that 2,500 correspond to the issuance of informative, documentary and leisure programs. As a summary, in the following list you can find the most popular current BBC One programs:

For example, among the main informative programs, included under the name BBC News, perhaps the most notable and with the highest audience rate is the so-called BBC Breakfast, as well as the news from 1:00 p.m., 6:00 p.m. and 10:00 p.m.

The broadcast of time, last minute events and programs on politics are also among the most watched. You can access the website of this chain by clicking on this link.

In the following video you can see a trailer about the typical programming for the fall / winter season on the BBC One channel:

It should also be added that although BBC One is a national television service, that is, it can be seen from any of the four nations that make up the United Kingdom, at certain times of the day it offers exclusion options to make way for local news and programs.

These variations occur more frequently in the call BBC Nations, which is broadcast in Northern Ireland, Wales and Scotland. The schedules of the different programs broadcast in these nations may vary markedly with respect to England.

Second, the channel stands out BBC Two, whose start-up began in 1964 and does not include advertising in its programming. In addition, it is considered as the first European TV network to broadcast its color programming since 1967.

The type of productions shown on this television channel are characterized by being focused on a minority audience from the cultural and educational perspective. In summary, it can be said that the type of format used in this channel is more risky and innovative than that used in BBC One. 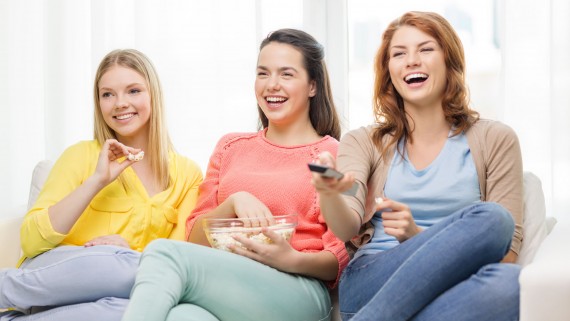 In fact, it is common for BBC Two's most successful programs to end up being transferred to BBC One, as was the case with Have I Got News For You. If you want to access the BBC Two website, you can do so by clicking on this link.

In the following list you will find the most popular programs in the history of BBC Two according to their corresponding genre, so it can be seen that it is clearly the comedies that have the highest audience ratings:

So, for example, in the following video you can see a chapter of the second season of the program Shooting stars to give you an idea of ​​what it is like:

In addition, the BBC has two high-definition channels: BBC One HD and BBC Two HD. However, both are broadcast simultaneously with respect to their respective SD channels. In addition, there is also BBC Alba since 2008, a television channel broadcast exclusively in Scottish Gaelic, where the most popular genres of Scotland are broadcast.

In the following video, you can see a fragment of the news that is broadcast on the BBC Alba channel:

In addition, the BBC operates other digital stations such as BBC Three, BBC Four, BBC News and BBC Parliament. It also has two others children's channels called CBBC and CBeebies. The first is focused on children between 6 and 12 years old and broadcasts between 7:00 and 19:00 hours. For its part, CBeebies is aimed at children under 6 years.

Apart from the BBC, in the United Kingdom there are other channels that have been gaining a lot of popularity in recent years, such as ITV, which today has practically the same audience rate as BBC One and BBC Two.

But this is not the only channel available, because thanks to digital TV, the range of possibilities has become almost infinite. Below we show you a list with the main ones.

Founded in 1955, the ITV channel is broadcast in all the nations that make up the United Kingdom, including the Isle of Man.

ITV1 It is the most popular service in the whole country, but it also has STV for Scotland and UTV for Northern Ireland, where the same programs are broadcast despite having different brands according to zones.

In the video below you can see the trailer in English of the fall / winter 2015 season of the popular series Coronation Street:

The programming of the ITV1 channel is essentially commercial. Highlights especially the soap opera Coronation Street and fiction series like Primeval, Emmerdale or The bill, among other.

Entertainment and music programs as well known as The X Factor, Dancing On Ice, Britain’s Got Talent or You've been framed They have a large following too.

Sky It is actually a television subscription service available both in the United Kingdom and in Ireland. Among the channels with the highest ratings, it has Sky News and Sky 1.

In total, Sky UK Limited has become the most requested pay TV provider in the whole country in recent years. In the following list, the different channels available according to their gender are cited:

In the following video you can watch Sky News Live (the Sky news channel) live at any time and from anywhere in the world:

This article has been shared 22 times.