The beautiful and architectural Casa Terrades in Barcelona has been known throughout history also under the name of the “Les Puntxes House”, Icon of modernist strokes based on columns that give it a medieval air. 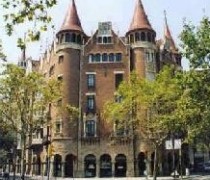 The Terrades House in Barcelona, ​​is one of the most beautiful and pure representative icons of all architectural expression, an exquisite work of art, in which every detail has been contemplated with special care, as are its famous points in the roof, object that has given its name “Punxes”, which in Catalan means “Tips.”

Stopping in front of the facade of the Terrades House in Barcelona, ​​an incredible air of medieval architecture is perceived, in which two tall and impressive dotted towers predominate. 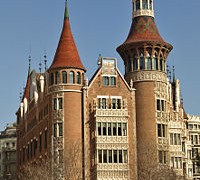 Photos of Casa Terrades in Barcelona

The construction of this building is due to the architect of Catalan origin “Josep Puig i Cadafalch”.