Large animals are those that attract attention because they are larger than average in size and weight. In this article, we present some of the largest species sorted from smallest to largest. Can you imagine how many tons the largest weighs? And how big is the largest fish? All this and much more we tell you below.

The size record in the world of rodents the capybara, also known as capybara. They have a length of about 1 meter and a height of 60 cm, so it can be compared to the volume of a dog. 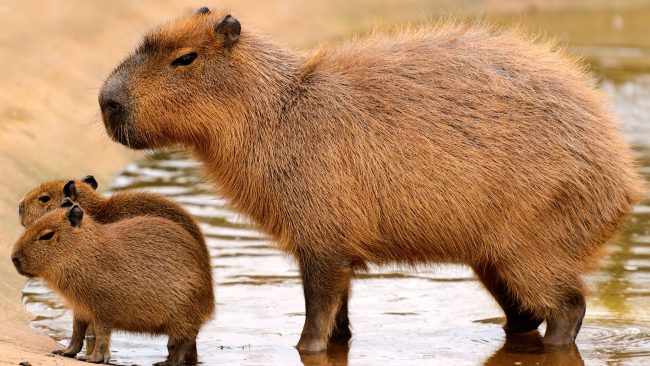 Aldabra giant tortoises live in the Seychelles. They can measure up to one meter and weigh 250 kilos. In addition, they are quite long, since they reach 165 years of age. 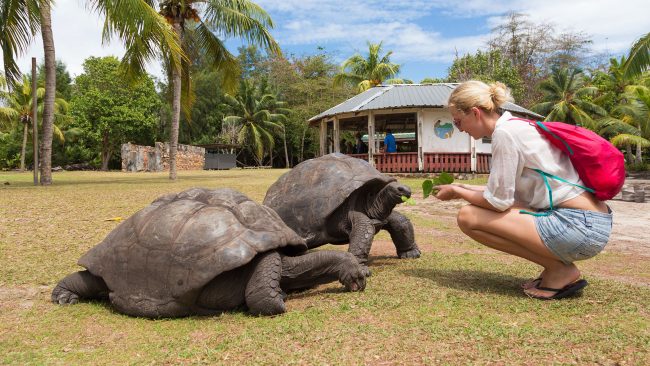 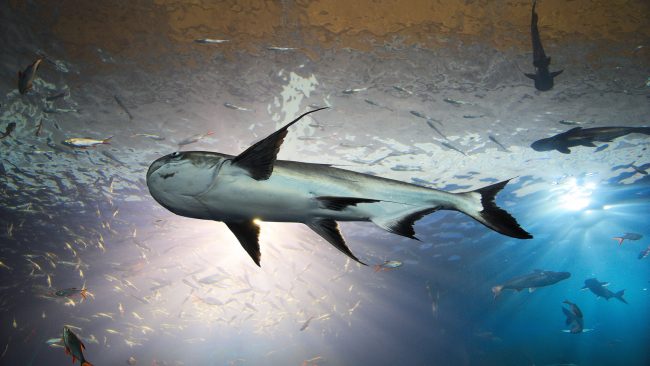 The ostrich is the largest bird in the world. However, being so heavy, I can not fly, but can reach a speed of 90 kilometers per hour running. The eggs that the female lays weigh between 1 and 2 kilos. 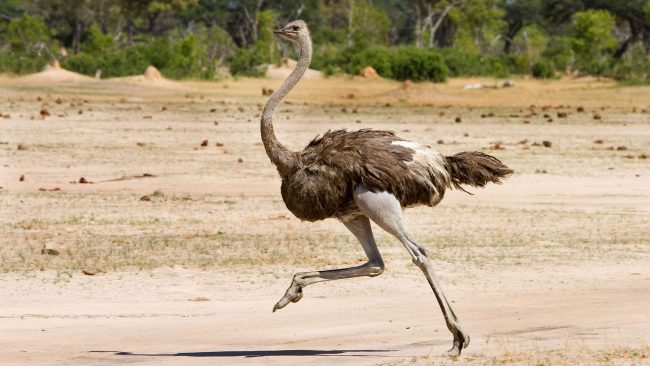 Although it may not seem like it, the barrel sponge is not a plant, but a animal. Within the reefs of the Caribbean Sea, 1.8 meter diameter specimens have been found. 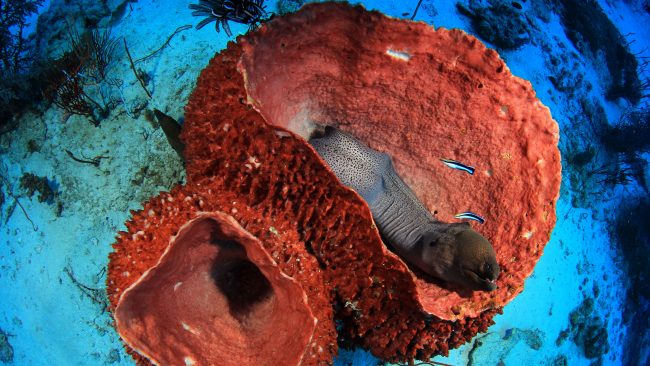 Within horses, the Shire is a breed that imposes on its size. It has an average height of 1.80 meters and weighs about 850 kilos. It is of British origin and also stands out for the fur around its helmets. 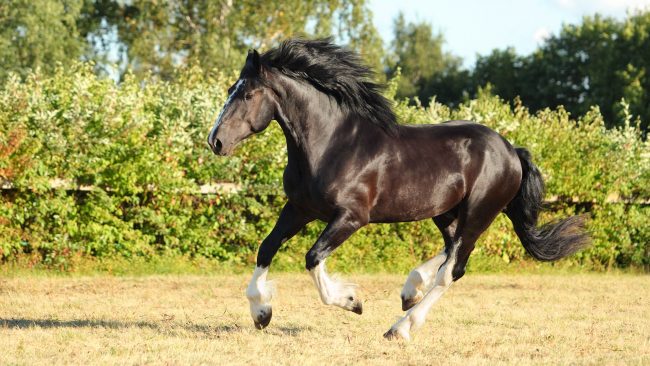 Polar bears feed on reindeer and seal pups, and ingest a total of 30 kilos a day. They live in the cold areas of the Northern Hemisphere, specifically in the Arctic. 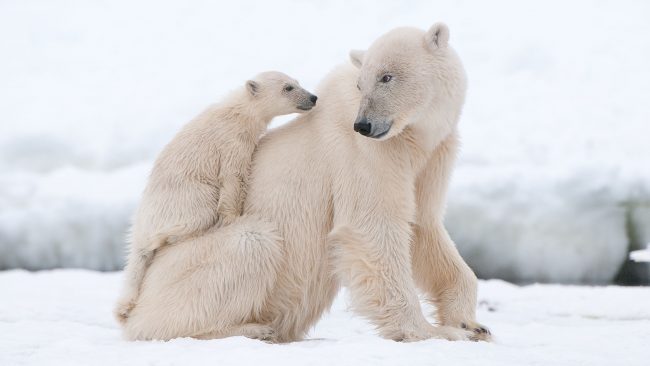 Despite its size, the frowning pelican is able to fly to 75 kilometers per hour. Only its peak already measures between 160 and 180 cm and in total it exceeds three meters. It is located in Europe. 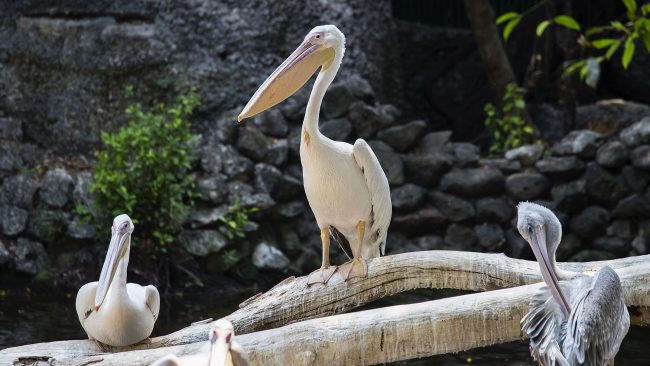 The Japanese crab is the largest arthropod in the world. There are specimens that reach four meters in length and can live up to 70 years. It can only be found in the deep areas of the Pacific Ocean and the coasts of Japan.

An arthropod is a type of invertebrate animal that has a segmented body and articulated legs. 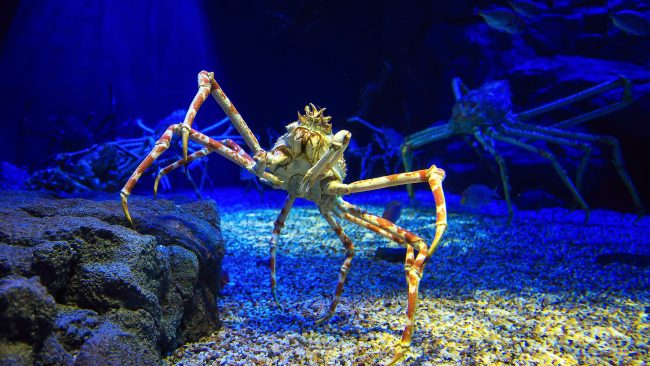 Among the rhino species, white is the largest. This animal reaches 4.2 meters in length and 1.85 m in height. Its weight is also surprising, since it reaches 3,500 kg. 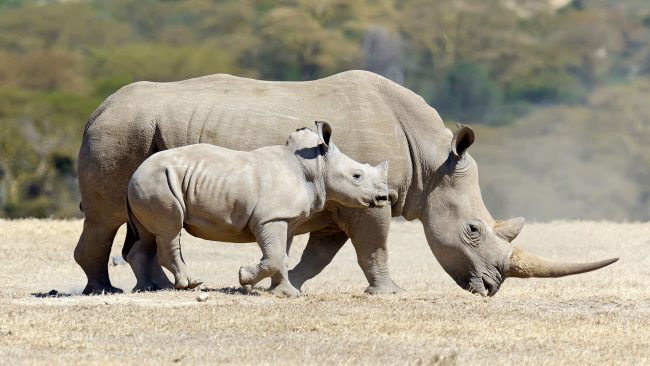 This species is the heaviest vertebrate fish that can be found in the sea, since it reaches 1,000 kilos. It is possible to find it in much of the ocean, although in each area it has different characteristics. 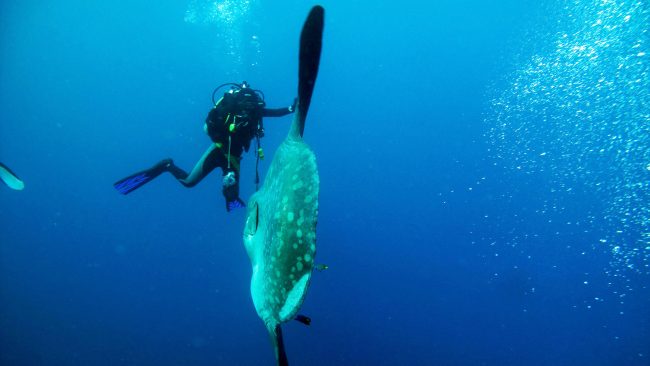 Many consider the giraffe one of the rarest but at the same time most beautiful animals in the world due to the shape of their body. Its curious neck makes it the tallest animal in the world, because it can reach more than five meters. 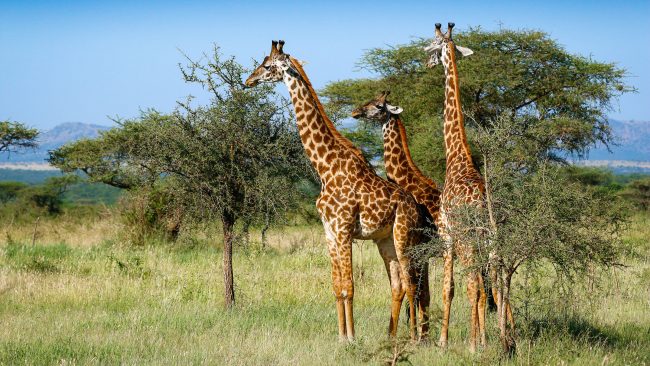 Unlike other animals of the same species, the giant ray lives in the rivers, not in the sea. There is little information about it, since it is difficult to locate a specimen, but it is said that it can reach 5 meters long. 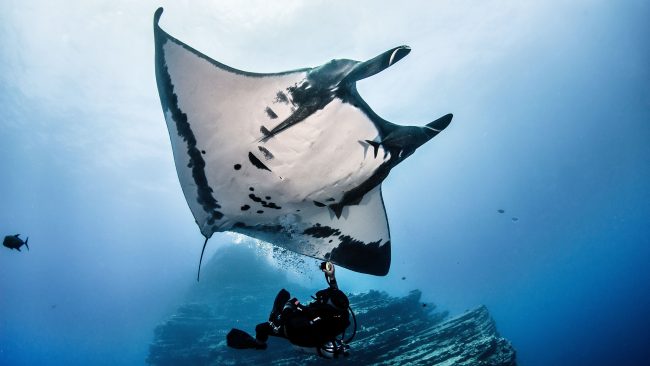 This species of crocodile is not so dangerous, since it does not hunt large prey, but feeds on fish. It can be found in some swampy areas of northern India. 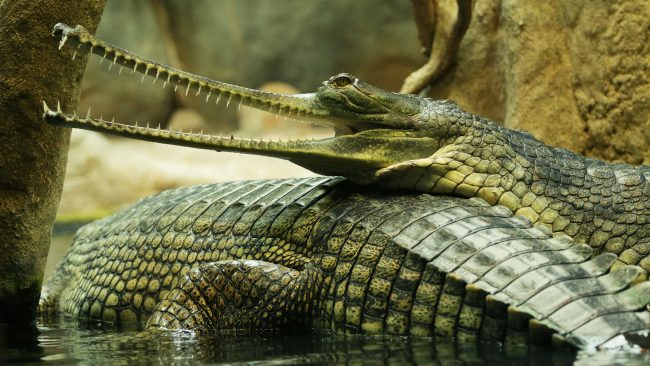 The American bison stands out for its sharp horns. It is the largest mammal in North America. The nineteenth century, due to its hunt, was on the verge of extinction, but today there are about 350,000 copies. 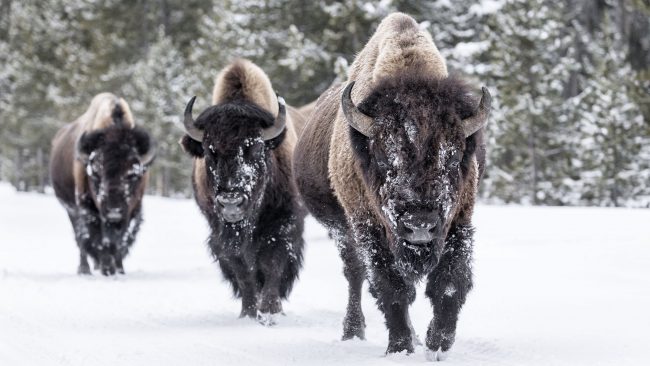 The hippopotamus not only surprises by its length of almost three meters, but by its weight, it reaches three tons. Although not as famous, it is more dangerous than the crocodile, since it is the animal that causes the most deaths in Africa. 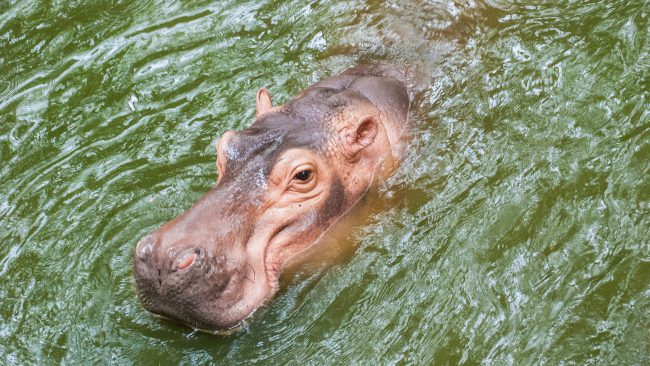 The African elephant is the largest mammal land, since it measures about seven meters in length and weighs between 5 and 6 tons. This species is currently in danger of extinction. Some types live in the savannah and others in the jungle. 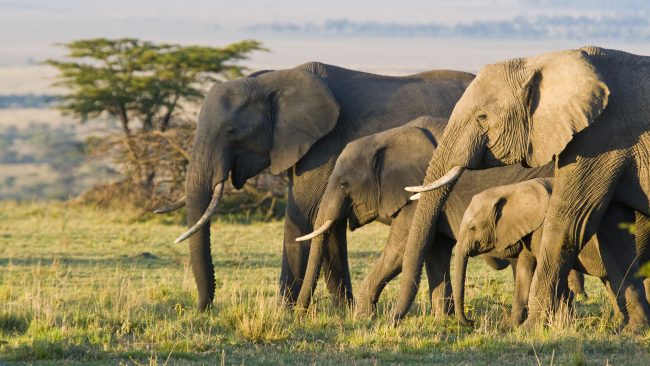 The crocodile is one of the largest and most dangerous animals on the planet. It is a true predator. Among the different types, the sailor is one of the most impressive, since they have found specimens of more than eight meters. 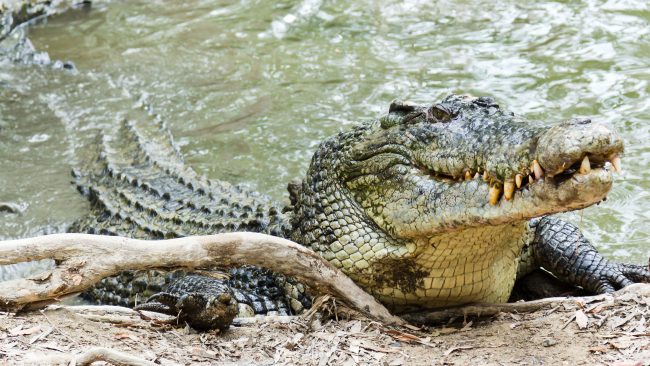 The sea elephant is the carnivorous largest in the world, as it feeds on fish and cephalopods. Males can weigh four tons and measure more than six meters. 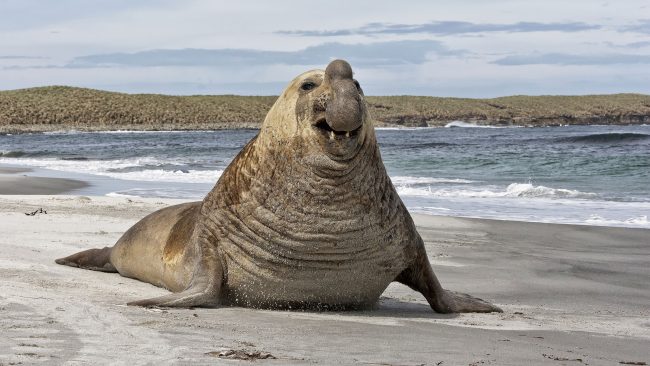 The reticulated python is, next to the anaconda, one of the largest snakes that can be found, as it reaches eight meters of length. He lives in Southeast Asia and in Wallacea, a region of Indonesia. 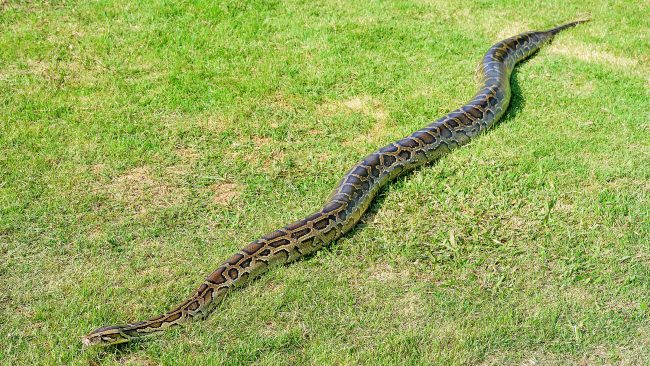 The killer whale is the kind of Dolphin largest known. The maximum length it can reach is 9 m and it can weigh up to 5.5 tons. Despite its size, it is possible to find a killer whale in some zoos. 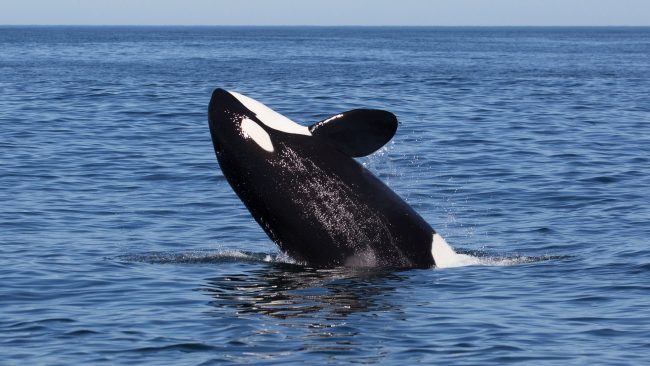 The whale shark is the fish largest in the world, it can reach 12 meters, so it is among the largest animals in the ocean. He is not a great hunter, since he feeds on small living beings such as phytoplankton and algae. 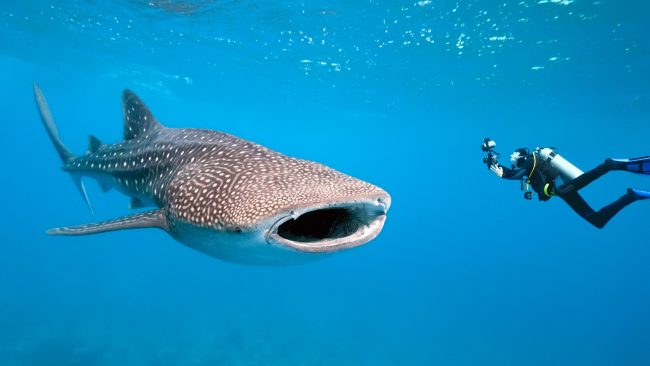 Giant squids are a mystery, since they live in the depths from the ocean and rarely rise to the surface. At present, it is thought that they can reach 14 meters in length, although some people think that there are larger ones. In this video you can see a copy:

The Arctic lion mane jellyfish is the largest type of jellyfish that exists, since its fine tentacles are even more than 36 meters long. 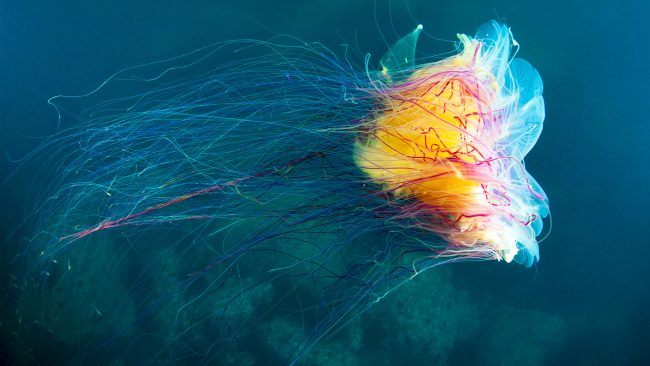 Although new species have been investigated for years, there is no animal that is larger than the blue whale. This mammal lives in water, so it inhabits large oceans such as the Pacific and the Atlantic. 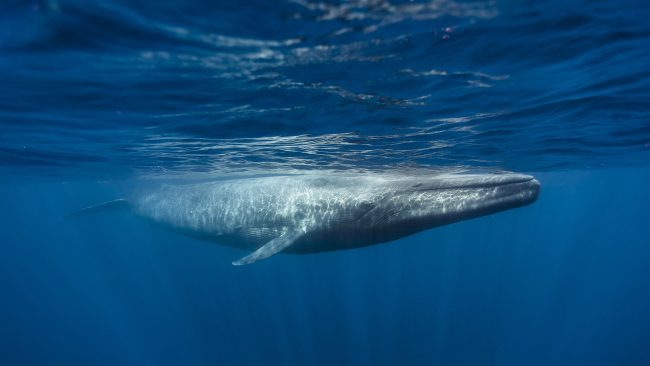 The largest sighted specimens reach 30 meters in length and weigh about 170 tons. Therefore, to feed, they eat about 3.5 tons of krill up to date. Krill is a set of crustacean species that measure between 3 and 5 cm.

In this documentary you can see particularities about their behavior, in addition to how impressive they are because of their size:

As you can see, both in water and on earth, the world is full of animals much larger than humans and whose weight far exceeds that of most of the planet's fauna.