The Catacombs from Rome are in the Via Appia Antica. They were used until the fourth century. The Hebrews dug them in the rock in the Palestinian way, then the Christians occupied them, who also did not consent to the Roman custom of cremation. On some occasions they were used as a refuge during the persecutions suffered by Christians, but briefly and by few people due to the reduced space of the galleries, and the polluted air that was breathed in them. 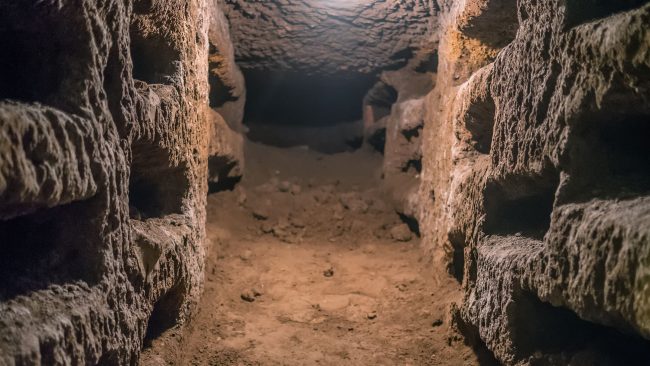 The important catacombs are three and can be visited on a guided tour:
The from San Calixto, which are the largest and most famous. There is the tomb that housed the body of Santa Cecilia martyr and the crypt of seven martyred popes in the third century. In the 20 kilometers that have been explored, half a million graves were found. 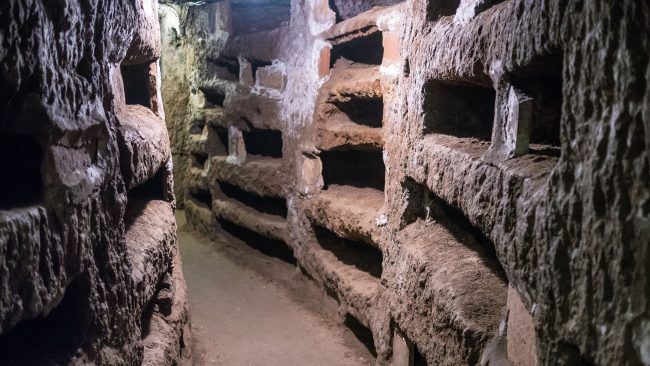 The San Sebastian Catacombs They are not so important but they have a very interesting church where one of the arrows with which they killed San Sebastián is kept. There the remains of San Pedro and San Pablo were protected. They can also be appreciated three mausoleums in perfect condition of conservation, with frescoes and epigraphs.

The Catacombs of Santa Domitila they have the walls with rich Christian frescoes and a underground church, that of Saints Nereo and Aquileo. Right there he stands Mausoleum of the Ardeatine Trench. 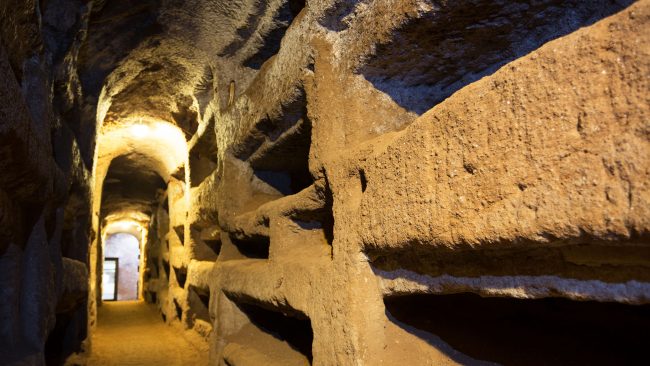 Before visiting them, find out which one is open since they open alternately according to the time of the year.