In Nicaragua we find various customs, some spread throughout the country and others typical of, for example, the people of Granada or Leon. In this article, we talk about the most important traditions and tell you which departments and regions are more representative.

In the families of Nicaragua, it is traditionally the man who makes the important decisions and instills in the children the behavior that they must have. Many family members often live together, such as grandparents and uncles, due in part to homelessness.

Likewise, Nicaraguan families are quite large and usually have an average of five or six children. However, there is a high percentage of families without father.

In this case, it is the mother who bears the financial responsibility, the responsibility of the house and the care of the children, so a kind of matriarchy is established. 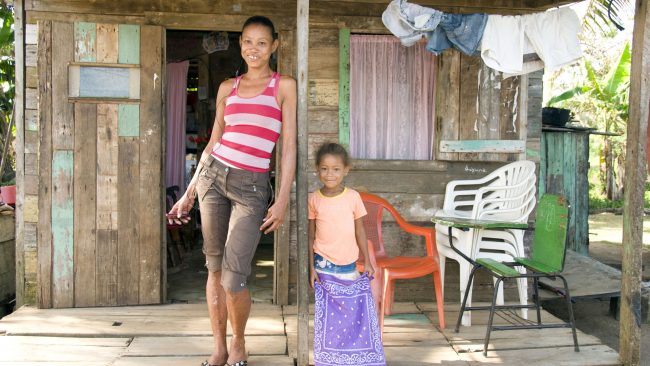 Throughout the territory of Nicaragua we find outstanding festivities, especially religious, linked to Christianity. For example, the Purisima is celebrated throughout the country on December 7 and 8 in honor of the Immaculate Conception of Mary.

In Managua The Patron Saint Festivities in honor of Santo Domingo are remarkably important. These are celebrated between August 1 and 10 since the 19th century. According to tradition, in 1885 a small image of Santo Domingo de Guzmán appeared inside a tree.

A party that may be strange for visitors is the one held in Masaya to honor San Lazaro. In it, dogs are dressed in colorful costumes and go in procession to give thanks for a request that has been fulfilled or ask for a favor. In this video you can learn more about this curious appointment:

Also, another party celebrated throughout the country is the Carnival, which is organized before Lent and later Holy Week. In large cities, parades are attended by thousands of people.

Christmas is one of the most important dates for Nicaraguans. In Estelí, Jinitepe and Diriamba the Pastorelas are held, in which the children disguise themselves as Maria, José and the shepherds and go through the streets. The first time it was done in the country was in León in 1888.

In Estelí, the nine days before December 24 are organized the inns, which commemorates the search for a place for Jesus to be born. After Mass, people go in procession singing Christmas carols to the house that welcomes people that day. 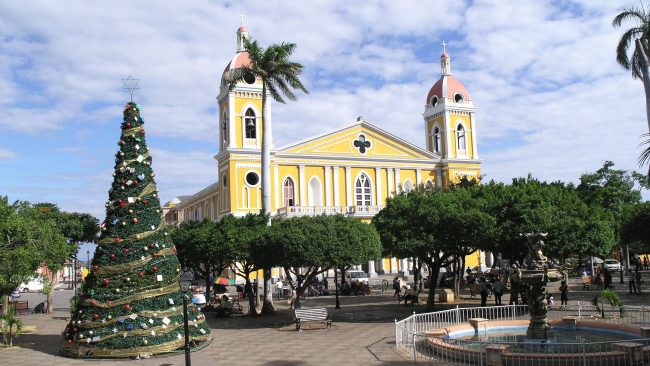 On December 24, in Good night, dinner with family. The children have written a letter to the Child God to ask for gifts and have placed it behind the births. December 25 is when gifts appear.

On the other hand, at New Year's Eve different customs are carried out such as burning a doll in the street that symbolizes the year that will end. People usually put coins and bills inside their shoes to attract money in the new year.

During the wedding vows, at Nicaraguan weddings it is customary to put a rosary called tie between the necks of the couple to reflect the union of both. This is removed once the ceremony is over. 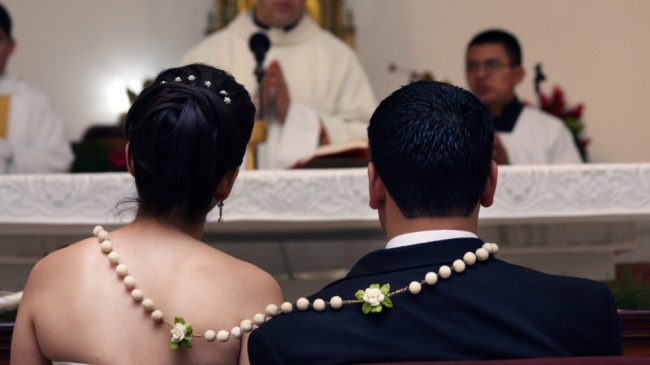 In the indigenous people of the chorotegas, an ancient tradition was to celebrate the wedding for three days. After this, the bride remained at home for three months.

On the other hand, in the Pacific, the ethnic group of Monimbó, in Masaya, used to watch over and bless the woman's dress the night before the wedding, when the mother had to lament over the march of her daughter.

One of the highlights of Nicaraguan culture are its dances. In each department we find a characteristic one. For example, the Güegüense it is danced in Carazo and Masaya, where a comedy is represented in which the participants are dressed up.

If you want to know the rest of important dances of this country, we recommend you visit this article: The typical dances of Nicaragua. 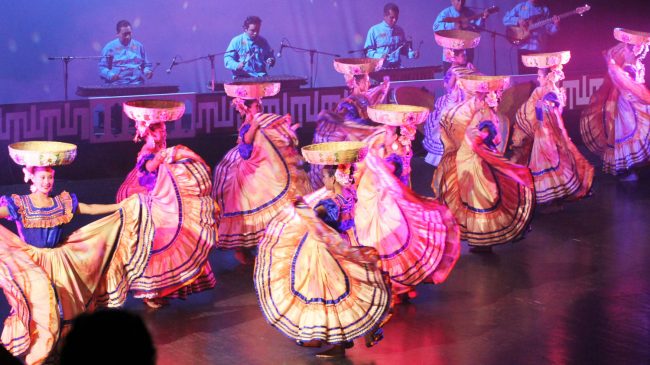 In relation to this, in 1969 the Nicaraguan Folkloric Ballet was established, a dance company that aims to recover all these dances and that represents a show in which a large number of dancers participate.

Nicaragua has a rich and varied cuisine. His most representative dish is the rooster painted, which consists of a mixture of rice and beans. It has its origin in the African slaves that inhabited the country in the past. 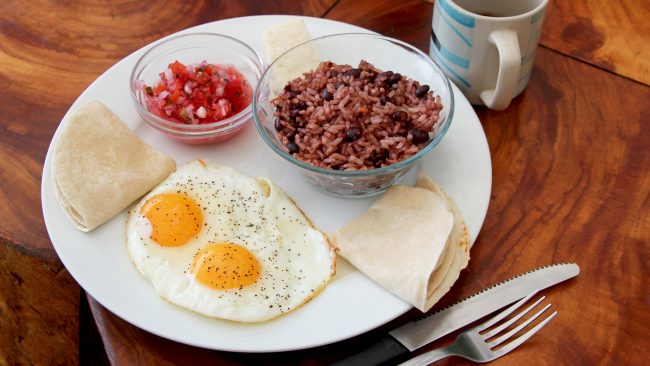 The food varies depending on the area in which we find ourselves. While meat, fruits and vegetables abound on the southern Pacific coast, coconut and seafood do so on the northern Caribbean coast.

A traditional Granada dish is the vigor, a kind of salad whose main ingredients are cabbage, onion, tomato, hot pepper, vinegar and salt. 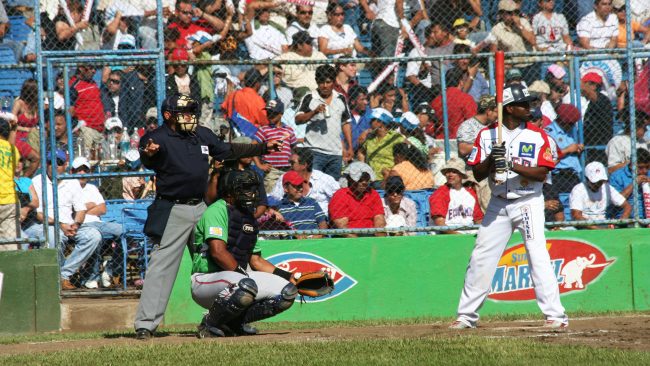 However, it is not the only sport that interests people in Nicaragua, as boxing is also quite important for them. Also, football is gaining popularity lately.

Also, the beaches of Popoyo, Rivas, are an important destination for surfers, so that the inhabitants of this area like to practice this water sport.

In Nicaragua we still find various indigenous peoples who have their own traditions. In the south of Río Grande, in Matagalpa, we find the miskitos. These have been here since the 17th century and are believed to be a mix between some tribes, the Africans and the Europeans.

On the other hand, the garifunas are more than 600,000, as they extend between Nicaragua, Honduras, Belize, Guatemala and the United States. These have their own style of music called tip. They also organize characteristic dance competitions: the prickles and the hunguhungu. 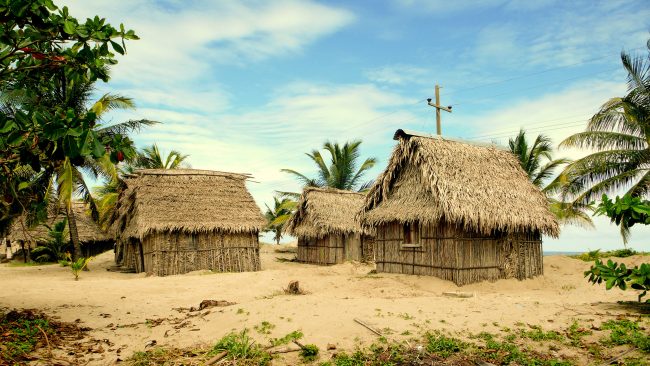 Likewise, in the Autonomous Region of the South Atlantic (RAAS) the Rama are located, which live next to the water and one of its main activities is fishing. They live in collective houses, a different aspect from other cultures.

For Nicaraguans, arriving on time is not an important aspect, so the unpunctuality Is the order of the day. They are people who consider themselves friendly and retain the value of hospitality.

In addition, they are accustomed to physical contact while talking with other people and tend to greet each other with a kiss or shaking hands. The popular way to call people from this country is to unique. 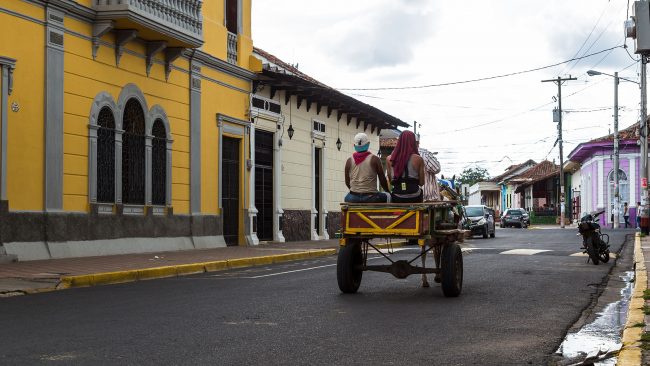 Approximately 60% of Nicaraguans are Catholic Christians and 25% Protestants. The rest, or have no belief, or profess a different religion.

Although the country does not have an official religion, on many occasions the Church is used at important times and the inhabitants take into account what they think about different issues.

On the other hand, a prominent aspect of the country's culture is that of legends, stories of indigenous origin that have passed from generation to generation. 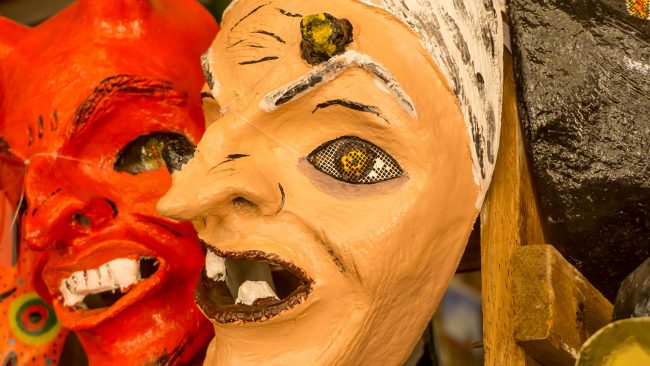 One of them is that of Carratenagua. It is said that some nights a large cart passes through the streets that is driven by Death and pulled by two thin oxen.

This article has been shared 69 times.