The Special Natural Reserve of the Dunes of Maspalomas It is located in the municipality of San Bartolomé de Tirajana, on the south Grancanaria coast, at the mouth of the Fataga, Ayagaures and Chamoriscán ravines. 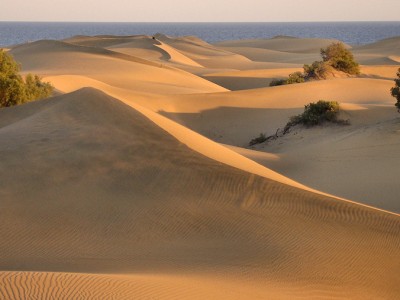 It is a field of 4 square kilometers of mobile and fixed dunes formed by remains of marine organisms, a large palm grove and the coastal pond of La Charca. Three well differentiated ecosystems of great landscape value. 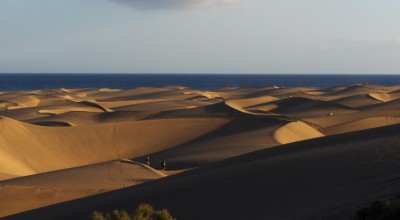 The lagoon, especially in winter, becomes a refuge for migratory birds, being one of the greatest values ​​of the Reserve. It has lost its ancient wealth, with birds such as ospreys, and kites. The same problem had, in the past, dense flora and today only cane fields proliferate. 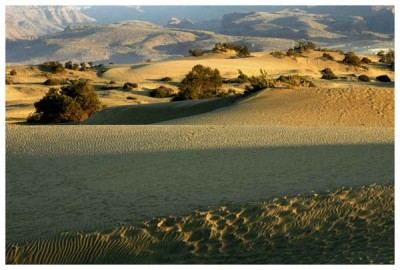 The dunes are oriented according to the prevailing winds from the east and southeast. Since most of the dunes are active, that is, they usually move, the vegetation is prevented from fixing their roots. So it is that only in the northern sector, where the dunes are fixed, the Canarian palm, the reeds and the salty grow, an endemic type plant. 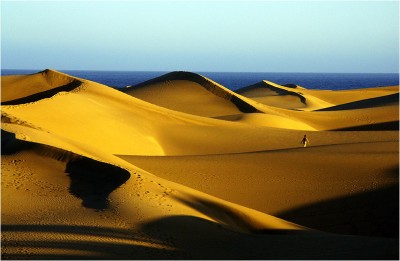 Unfortunately part of the palm grove space is currently occupied by some category hotels, and the entire area is threatened by the progress of the surrounding urban complexes. Thanks to the protection figures of the Reserve, the ecosystem is trying to improve.