Throughout 3,000 years of history, ancient Egypt had a total of 33 dynasties. First, it is key to know the definition of dynasty, which is as follows: set of rulers who come from the same family.

In this article you will find a summary of the history of Egypt divided by stages, among which we highlight the most important events of the main dynasties and their pharaohs. Today, we know all these facts thanks in part to Manetón, an Egyptian historian of the third century B.C.

This first period goes from 3000 to 2686 BC and included the first two Egyptian dynasties. In the beginning, Upper and Lower Egypt were two distinct kingdoms, but Menes, also called Narmer, king of Upper Egypt, conquers the other side.

It is after the protodynamic period when, after unifying the two parts of the territory, the dynasty I, whose capital is set at Memphis. They were a total of eight pharaohs and cities began to develop along the Nile. In addition, writing is created. You have more information about it in this article: Egyptian writing and hieroglyphs: meaning and characteristics.

The protodynamic period or zero dynasty is the time before the Archaic Period of Egypt. In her the first kings of the area were consecrated.

In dynasty II, whose first president was Hetepsejemuy, the power is centralized, through which about ten pharaohs passed. During these years there was a kind of conflict or civil war, since all governors used the title of Horus, less Sejemib, who used the one of Seth. 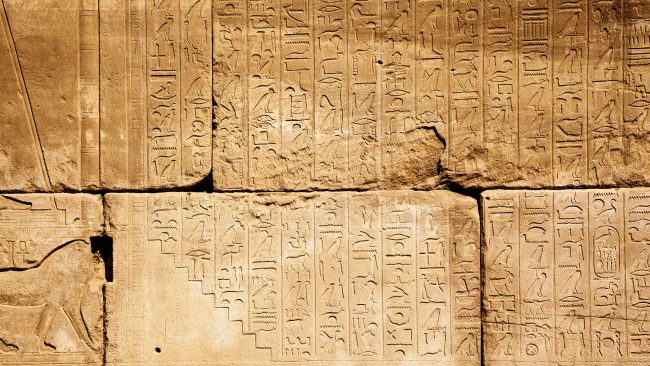 In 2686 B.C. the Old Empire began, when the leaders managed to form a central government that had absolute power. This power remained until 2181 B.C. and through power passed four different dynasties. It was one of the prosperous times of ancient Egypt.

Within Dynasty III, Zoser stands out, since the first pyramid was erected during his tenure: the stepped Pyramid of Zoser, in Saqqara. Also, mines began to be exploited in Sinai, a peninsula in the Middle East.

In the IV dynasty war expeditions were sent to Nubia and Libya. On the other hand, the Great Pyramid of Cheops was built, as well as the Great Sphinx of Chephren, both in Giza. 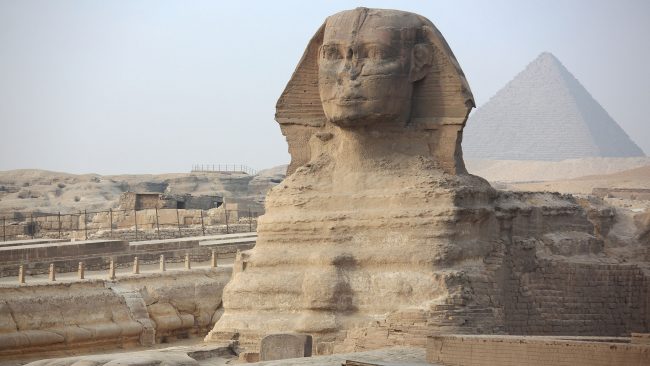 It is during the V dynasty, founded by Userkaf, when religion takes on more relevance and more importance is given to Ra and Osiris. They begin to make funeral engravings in the pyramids.

It is in dynasty VI when the first pharaoh of the Egyptian civilization, besides being one of the first female rulers in the world: Nitocris. This period ends due to clashes between the pharaohs and the nobles.

Between 2181 and 2025 B.C. We found the First Intermediate Period. In this time of war they ruled from Dynasty VIII to X. This first was brief and suffered severe economic instability. Documents are barely preserved and there was a notable looting in the pyramids.

At this stage there is a invasion Asian in the Nile Delta. The crisis and clashes with the nomarcas, the governors of each department of the territory. 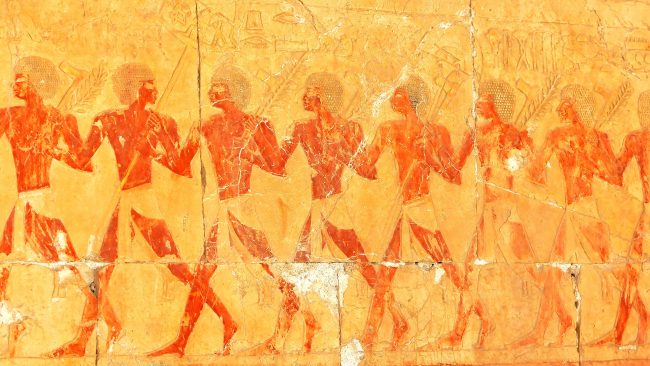 The pharaohs of Dynasty IX only had influence in Lower Egypt, while the nomarcas They established their capital in Heracleópolis. The same happened in Dynasty X, which, as some texts suggest, did not even exist.

In 2025 B.C. The Middle Kingdom begins, which remains until the year 1773 BC. It is a time when the arts developed, especially the manufacture of jewelry. Egypt got a remarkable commercial power and continued with the big construction projects. The capital became Thebes.

During the XI dynasty, the transition from the First Intermediate Period to the Middle Kingdom takes place, thanks to Pharaoh Mentuhotep II, who reunited All parts of Egypt.

In the 12th dynasty the Hawara Pyramid is built, next to which a labyrinth was created that, according to Herodotus, a prominent Greek historian of the 5th century BC, had a total of 3,000 rooms. A channel was also built that communicated the Nile with the Red Sea. 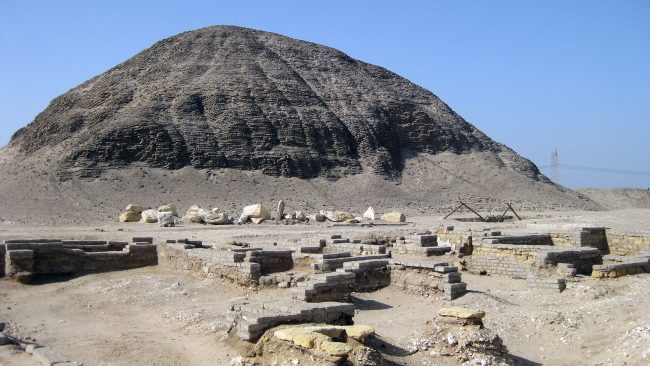 Although it was a time of splendor in which even new expeditions to the Middle East were carried out, the Hicsos, a town from the Middle East, invaded the Nile Delta.

During this period, which took place between 1773 and 1550 BC, five dynasties occur. The XIII is characterized by short mandates, even months, executed by military and foreigners.

None of these rulers get the absolute power of Egypt. Moreover, this territory is divided into three regions different, which were constituted in these areas: 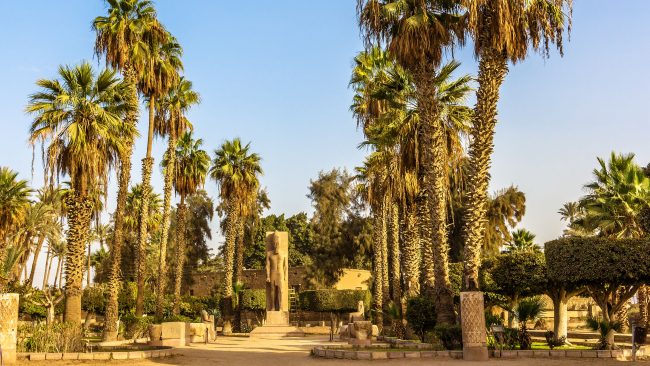 In the XIV dynasty two independent kingdoms were formed: the northwest and the northeast of the delta. The rulers were still foreigners and were around 70. The hicsos controlled the northern empire during the XV dynasty. However, its five representatives preserved the culture and form of Egyptian organization.

The XVI dynasty ruled in Upper Egypt for 70 years and placed the capital in Thebes. Of these dates there are hardly any archaeological remains. The pharaohs were local rulers.

The XVII dynasty passed equally to the XVI, while the Hicsos controlled the north and center of the empire. With the pharaoh Kamose there were clashes with the north and the hicsos were expelled.

The New Empire made its way between 1550 and 1069 BC. At this time there is a resurgence of art, although we also find corruption, theft and looting. 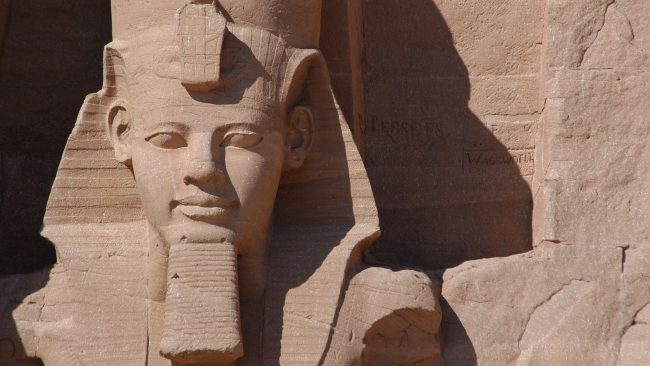 The era of maximum splendor of ancient Egypt occurred during the 18th dynasty. Amenhotep IV carries out a great change in religion, which happens to be monotheistic. He worships Aton, the sun god, and therefore changes his name to Akhenaten, which means aton glow.

During these years the capital passes from Thebes to Amarna. After his reign, his wife Nefertiti ruled. Then, at the hands of Tutankhamen, the capital returns to Thebes and the previous beliefs are restored.

Tutankhamen is famous because of the mysteries that resurfaced after the discovery of his grave in 1922. However, his government was relatively short, since he died at age 18.

If you want to know more about the life of Tutankhamen and the rest of the outstanding pharaohs, we recommend this article: Pharaohs of Ancient Egypt.

The 19th dynasty, along with the XX, is known as ramésida era. During this period Ramses II conquered Nubia and ordered the construction of Abu Simbel. It was the pharaoh with whom more buildings were made. 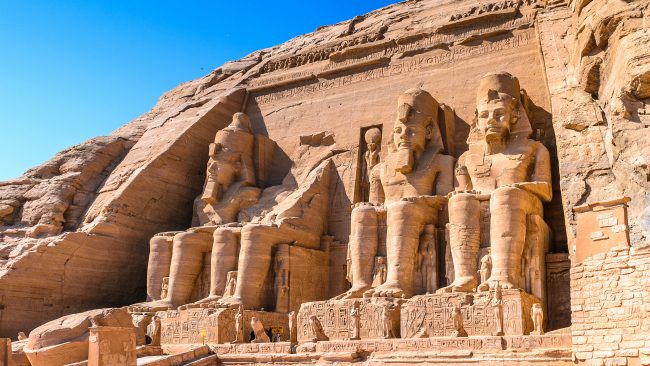 In the XX dynasty, Ramses III stops the invaders of the Balkans, Asia Minor and East. However, known as Villages of the Sea (the Trojans and some allies), end up settling in big cities like Memphis. After this ruler, the pharaohs are losing power in front of the high priests of Amun.

In 1069 B.C. The Third Intermediate Period begins, which lasts until 656 B.C. At this stage the territory is again divided between Lower and Upper Egypt. After the 21st dynasty, both sides are governed by leaders Libyans.

The first Libyan dynasty is the XXII. These bring some of their customs, such as establishing a kind of fiefdoms. At the same time, a relative founded the dynasty XXIII.

Another Libyan tribe settles in western Egypt and creates the XXIV dynasty, which tried to conquer the Upper Egypt without success. They produce changes in religion, as the cult of animals is carried out and the practice of oracles is extended. 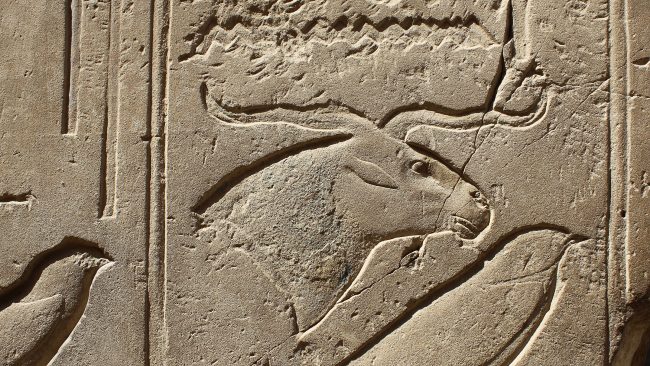 Also at the same time we find the XXV dynasty, which conquered an area of ​​Nubia and managed to control Upper Egypt. They reunified the empire and remained as the only reigning family. There were five pharaohs of Nubian origin, who were known as the black pharaohs.

In recent years, an Assyrian invasion occurred. These began controlling Lower Egypt to end the power of the entire territory.

In the Late Period, between 672 and 332 BC, we find the XXVI dynasty or Saita, which comes from the XXIV and was the last of native origin. During this reign the empire falls and the Persians They take Egypt. In this article you have more information about this other civilization: Ancient Mesopotamia: most important civilizations.

The XXVII dynasty is also known as first persian domination. The XVIII is formed by a single ruler who reigned for six years: Amirteo. The XXIX dynasty moves the capital to Mendes. In recent years, revolutions occur. 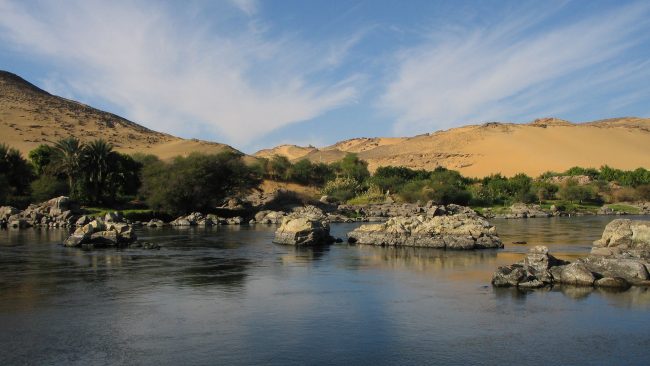 To the phase between 332 and 30 B.C. it is called Hellenistic Period. In him, during the Macedonian dynasty, Alexander the Great is crowned as Pharaoh. He founded Alexandria and is succeeded by Philip III and Alexander IV.

His general Ptolemy founds the Ptolemaic dynasty. He endowed Egypt with a stability that remained for three centuries. In addition, he adopted the Egyptian traditions. Of these years it is the well-known Rosetta Stone.

The Rosetta Stone is a large rock in which we find the same text written in three different languages: ancient hieroglyph, demotic Egyptian and ancient Greek. It was discovered by Napoleon in 1799.

The last pharaoh was Cleopatra VII, who joined the Roman emperor Julius Caesar to defeat his brother and husband Ptolemy XIII, with whom he had several clashes. Later, she married Marco Antonio. In the following image, we can see it represented on the left: 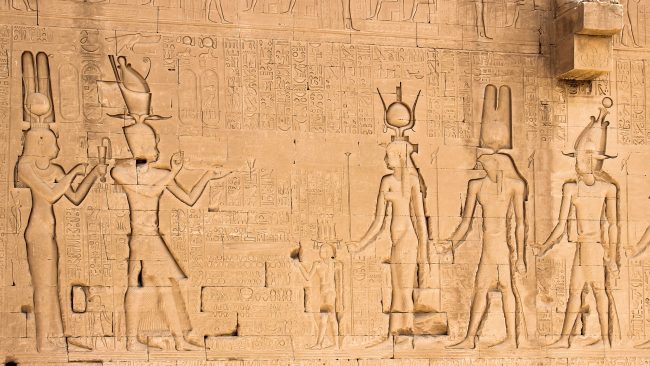 Finally, after the couple's death, Emperor Augustus annexed Egypt to the Roman Empire, putting an end to one of the most important civilizations in history.

This article has been shared 947 times.