To the Great channel we can consider it the main street of Venice. It crosses and divides the city into two parts. The one from the east, which has three “sestieri”, and the west another three. Venetians refer to him as the “Canalizzo” 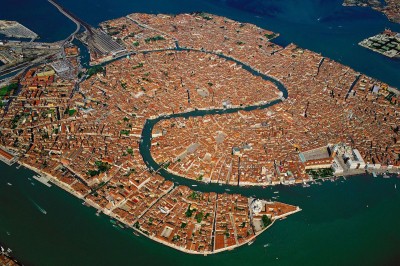 It has shape of “S” inverted and a width that varies, according to the zones, between 30 and 70 meters. In its 4 kilometers in length it has 4 bridges that cross it. Rialto bridge, the oldest and most famous. Ponte degli Scalzi, in front of the Santa Lucia train station, and very close to Constitution Bridge, modern structure designed by Calatrava connecting the railway station with the bus station. The Ponte dell’Accademia, in front of the art gallery. 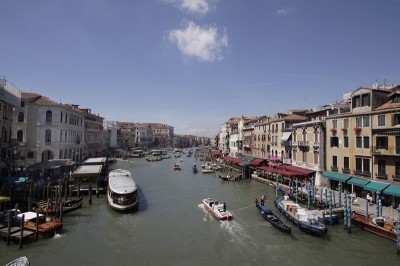 It is the main route for the transport of the city. Formerly it was full of boats that sailed to Rialto and held regattas, parties and games. Today the “vaporettos”, gondolas and boats that come and go from one shore to the other and, in September, the Historical Regatta is organized, with traditional costumes.

To see it well it is advisable a gondola ride, which will give us a different perspective of the churches and the many palaces that are on its two banks. Thus, we will find, for example, the Ca´d´Oro, Ca´Rezzonico, Ca´Foscari palaces, the Accademia Gallery, or the Church of Santa María della Salute.

More economical is to make the tour in “vaporetto”. Line 1, a 40-minute journey, stops at all water stations, or line 2, with the same route, only makes a few stops. The interesting thing is to travel it both ways. It is curious to observe at different times, the landscape and the environment change a lot.
At the end of the tour we will arrive at the Plaza de San Marcos, where the Grand Canal joins that of Giudecca. 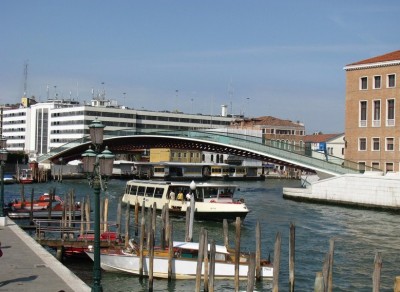