The Millenary Drago is located in the municipality of Icod de los Vinos on the island of Tenerife, next to the Parish Church of San Marcos. This typical Macaronesian palm has been adopted as a plant symbol of the municipality and the island. It was declared a National Monument in 1917. 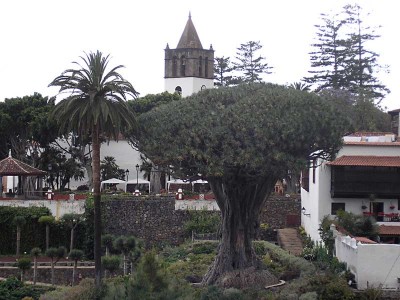 They were considered sacred by the Romans. The Guanches revered them and used their sap for embalming.

Next to it there is a kind of theme park-botanical garden with gardens, bars and souvenir shops. La Casa del Drago is a lovely traditional shop that is worth visiting. It can be visited daily between 10 and 18 hours. 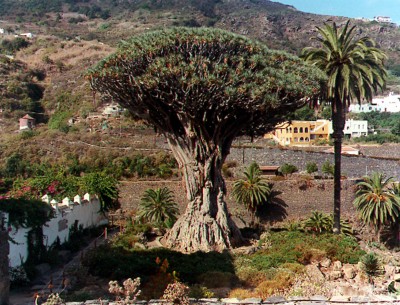 This specimen is the oldest known, and its age is much discussed, since dating is very complex in this class of plants. It is believed to be between 800 and 1,000 years old. It is 18 meters high and about 20 meters perimeter at its base, with an estimated weight of more than 150 tons, without considering its roots. 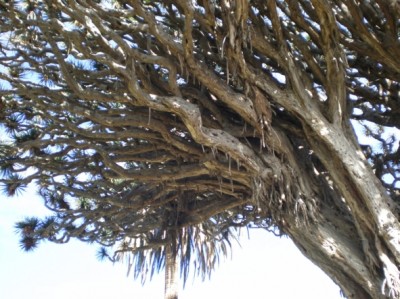 It has a large cavity in its trunk, which reaches up to 6 meters. In it a fan system was installed to prevent the formation of fungi in 1985, when they performed an integral sanitation to conserve it. The road that passed near there has even deviated. Do not forget to shop around to meet him.