The Mosque-Cathedral of Cordoba, actually Santa Maria Cathedral, is the most important monument of Cordoba and Andalusian architecture. It was declared Heritage of humanity by unesco along with the historical center of the city.

Their more than 23,000 square meters of arches and columns began to be built in the eighth century, by order of Abd-al-Rahman I, on the Visigothic basilica of San Vicente. It was continually reformed by the caliphs who ruled until the conquest by Ferdinand III in 1236. This turned it into a Christian Cathedral, making new adaptation reforms. 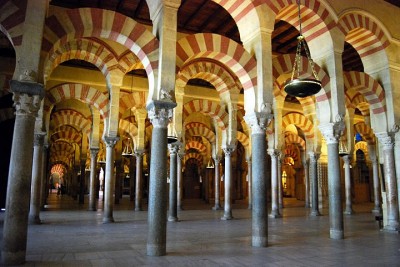 Of stratified styles over ten centuries, we can highlight the changes made by Al-Hakam II. Who built the “Mihrab” with inscriptions of the Quran in gold and rich mosaics and contributed beautiful capitals expressly carved in Cordoba. He made the most beautiful enlargement, highlighting the dome, the careful decoration in stone and the admirable cross-linking of arches. 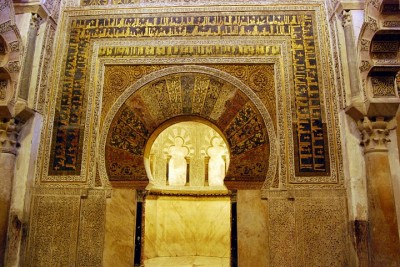 The most controversial reform when the Catholic Monarchs added, in the fifteenth century, the Main Chapel. But the changes continued until the middle of the 18th century.

What we should not miss in the Main Chapel is the silver lamp, its Gothic arches, the baroque masonry carved in mahogany Chorus and the ivory image of the Blessed Virgin, or the more than 50 chapels attached to the walls and the treasure. 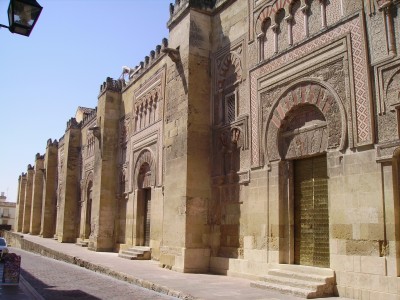 Outside, our attention is drawn to the many doors, such as Gate of Forgiveness, Milk shutter wave St. Stephen’s Gate and the altarpiece of the Virgin.