The Palace of the Congress of the Argentine Nation It is one of the most emblematic buildings in Buenos Aires. There they develop their activities Deputies and National Senators. It is located in the block limited by Rivadavia Avenue, Combat of Wells, Between Rivers and Hipólito Yrigoyen and is the Kilometer 0 of Argentina. 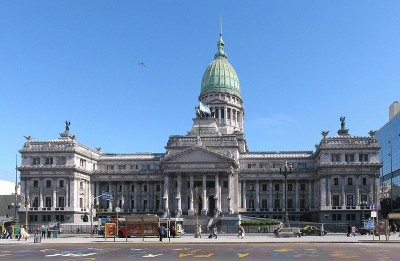 The project was carried out by Víctor Meano in 1896, in style that combines academicism, eclecticism and classicism in the manner of the time, resulting in a building of Greco-Roman appearance, covered in white marble.

You access the Honor Entry by a wide staircase that is located on Avenida Entre Ríos, a central atrium with six Corinthian-cut columns that support a triangular pediment. The door is guarded by two marble caryatids. Above, a stone sculpture with the National Shield. Behind the pediment, on a platform, is the Winged Victory, bronze sculpture depicting a quadriga drawn by four horses symbolizing the triumphant Republic. 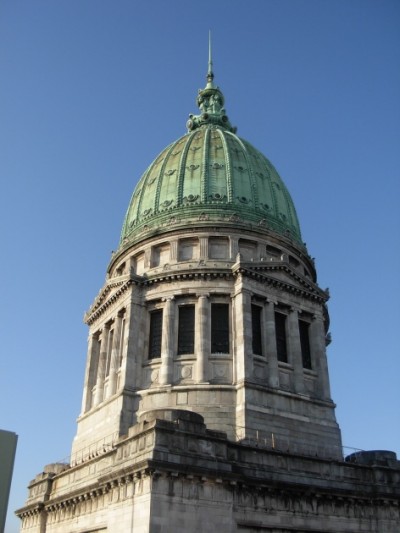 The total area is 39,210 square meters without counting the dome, which rises 80 meters on the level of the sidewalk and is one of the largest in the city. It is made of copper that time has oxidized and terminated by a crown of chimeric figures from which the lightning rod comes out. The most prominent units are the Hall of Lost Steps, the Chamber of Deputies and Senators. 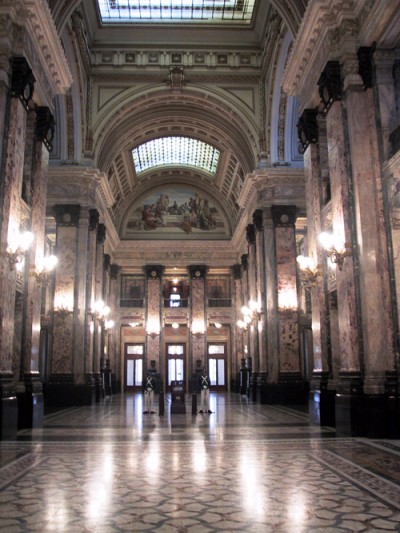 The Lorea and Congress places, declared Historical Heritage, form the great frame at the main entrance of the building, with its 7 hectares, which give a perspective of the Palace adding monumentality with afforestation, sculptural groups, a large fountain and the Monument to the Two Congresses. 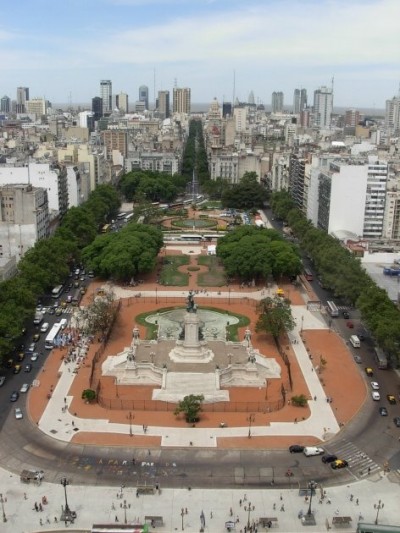