The Avenue July 9 runs from south to north connecting Plaza constitution with the Libertador Avenue, crossing the downtown Buenos Aires. It is the widest in the world. With their 140 meters wide it will take us two or three traffic light changes to cross walking. Widened in 1936, its original name was Avenida Norte Sur. 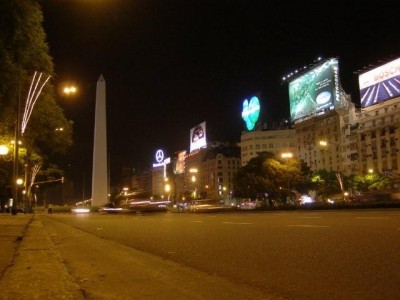 In its path we can find prominent buildings such as the France embassy in the north, the Colon Theater at the crossroads of Viamonte, the Ministry of Social Development -Unique in the middle of the Avenue-, and monuments as the source at the intersection with Cordoba Avenue, the Don Quijote statue at the intersection of Avenida de Mayo, and the Obelisk, the most emblematic of the city, place of meetings of citizens, both protests and sports celebrations. 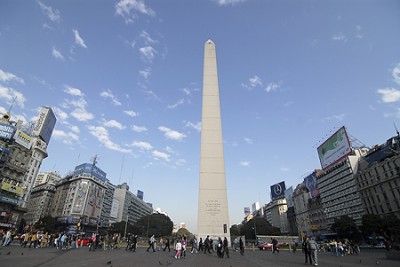 At the intersection with Diagonal Norte and Calle Corrientes, in the middle of the Republic Square he stands Obelisk, symbol of Buenos Aires. National hystoric monument erected in 1936 to celebrate the fourth centenary of the first foundation of the city by Pedro de Mendoza. It is located in the place where the National Flag was raised for the first time in the city. 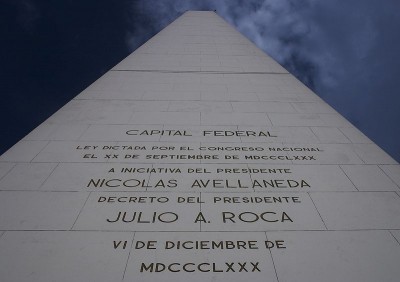 This work by architect Prebisch, which was built in less than 2 months by 157 workers. It is a hollow concrete structure, with an entrance door and straight staircase inside. It has a square base of 7 meters side, and a total height of 67.5 meters topped by a lightning rod on a pyramid with a window on each side.