The official currency of Peru is the sol and its monetary symbol is S /, while its ISO code or official abbreviation is PEN. In this article, we inform you of its equivalence with currencies of other countries. Also, we tell you the story of this currency and its evolution over time.

In the following list you will find the value of the currency of Peru compared to that of other currencies of America and Europe:

If you want to travel to Peru and need to get sol, in the country you will find exchange houses and banks in which to carry out this transaction. You can also get money at an ATM.

However, in your home country you can also get soles at any bank, although these usually apply a fee for performing this service. 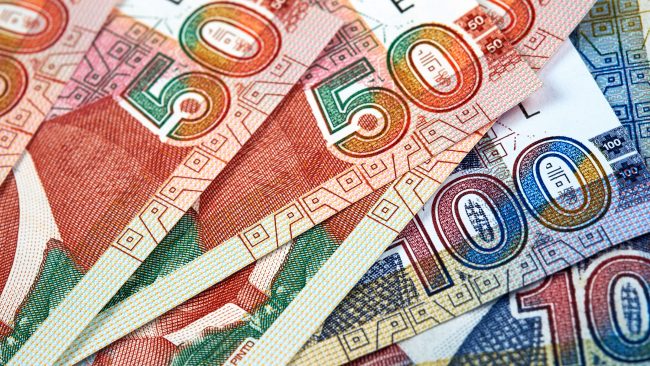 Wealth and Pride of Peru
A total of 26 coins launched between 2010 and 2016 in which the country’s cultural heritage is shown. The last was that of the Parabolic Arch of Tacna. It also highlights that of the Inca Huaytara Temple, as it was the winner of a prize for the best legal currency in course Other models are that of Kuntur Wasi, that of the Department of Piura and that of the Archaeological Complex of Tunanmarca.
Natural Resources of Peru
The three specimens are La Anchoveta, El Cacao and La Quinua.
Iberoamerican Series
they are representations that are related to other countries like Spain. Two examples are the Encounter of Two Worlds (1991) and the Olympic Games (2007).
450 years of the National Mint
composed of a current copy of 1 sol, one of silver that has a value of 106 soles and one of gold that initially costs 2,181 soles

In the following video you can see the first 17 models of the series ‘Wealth and Pride of Peru’:

The history of the currency of Peru begins in 1863. Over the years, there are several highlights that we find: 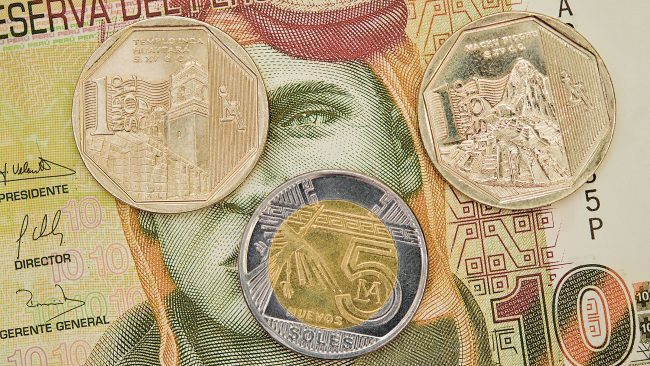 Between 1875 and 1879, the 1 and 2 cent coins were called Fat because of the thickness they had, since they were made of copper.

As for the tickets, there are models of 10, 20, 50 and 100 soles. In 2011 its design was changed and the system was improved to detect if a ticket is true or it is a falsification.

How many coins are in Peru?

One, because the sol is the only official currency of the country. However, in some establishments it is also possible to pay with US dollars.

What material is the Peruvian currency made of?

The 1 and 5 cent coins are made of brass and aluminum, those of 10 and 20 cents are brass, those of 50 cents and 1 sol of alpaca, and those of 2 and 5 soles of steel and brass, since they are bimetallic.

This article has been shared 65 times.