If you travel to Rome you can’t stop visiting the Sistine Chapel, in the Vatican City. It owes its name to Pope Sixtus IV who had it built in 1484. It is located on the right side of the Basilica of Saint Peter although it is accessed by Vatican Museums. In it the cardinals gather to choose the Popes.

Originally the vault was painted by Pier Matteo d’Amelia, with golden stars on a blue background. Until in 1508 the Pope Julius II commissioned Miguel Angel I painted her. He did not want to accept the commission because he did not consider himself a painter, but finally and working alone, in four years he achieved the work of his life. 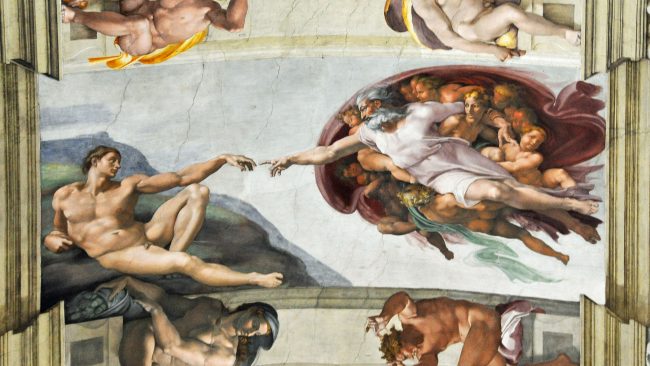 Michelangelo used bright and bright colors in his work. In the center he represented scenes from Book of Genesis, among which is the name of God creating Adam, surrounded by the ancestors of Christ and the prophets and the sibyls who predicted the arrival of Jesus. There is nothing repeated, no figures, no faces, no postures. And he has painted imitations of architectural and sculptural motifs that seem real.

Twenty years later he was called to paint the altar and made the Final judgment, a work that surpasses the previous one. The whole set is harmonious and balanced. 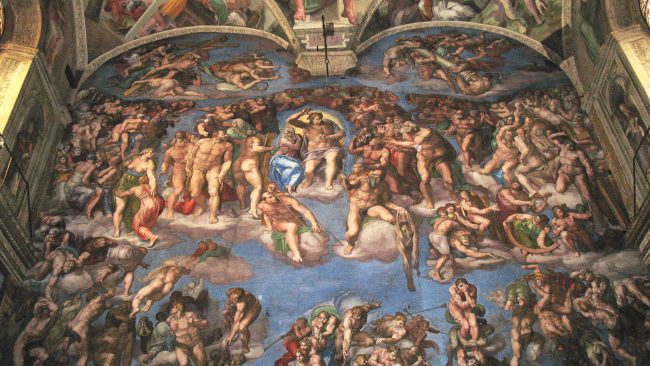 Can be visited with the same entry of Vatican Museums, but it is better to make sure beforehand because it is sometimes closed to the public.