Oaxaca is a state of Mexico whose cultural diversity is reflected in its typical costumes. In this article, we give you information about the traditional clothing for men and women of each region of Oaxaca and we show you images of it.

The Zapotec They are an indigenous ethnic group from the Isthmus of Tehuantepec whose women have their own representative costume: that of Tehuana. To dress daily, they generally wear a long skirt called rabona. One of the towns where it can be found is Juchitán de Zaragoza.

On the other hand, they have the evening dress, used in the main festivities of the population. This one is formed by a huipil or hand embroidered shirt, and a long skirt with colorful flowers and a Hello or steering wheel at the bottom. A headdress is put on the head and large gold jewels are also placed. 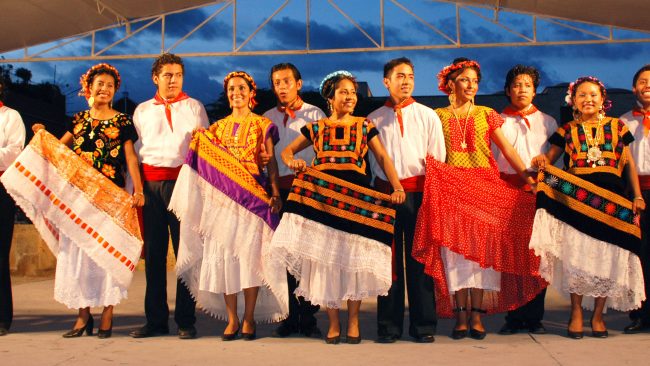 Another indigenous group is that of mixes. The women of this town wear a wide skirt of black or white, as well as a huipil white and a large scarf or rebozo. As for men, they wear white blanket pants or shorts, a camisole and a black wool hat.

In Loma Bonita, the woman's typical costume is made up of a crochet blouse, a black skirt with flowers, a petticoat and heels. On the head they carry a collection with white gardenias. 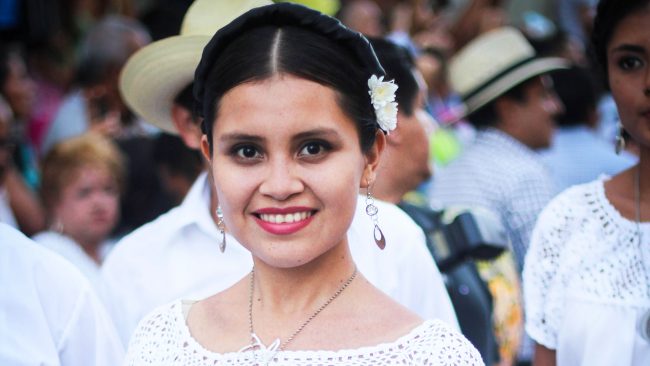 In the area of ​​Tuxtepec, there are several types of huipiles, which are used depending on the occasion. These are the different varieties:

He huipil It is decorated with drawings of birds and flowers that can be found in the territory. When they represent the dance Pineapple flower, a traditional dance of the area, carry a pineapple on the shoulder. 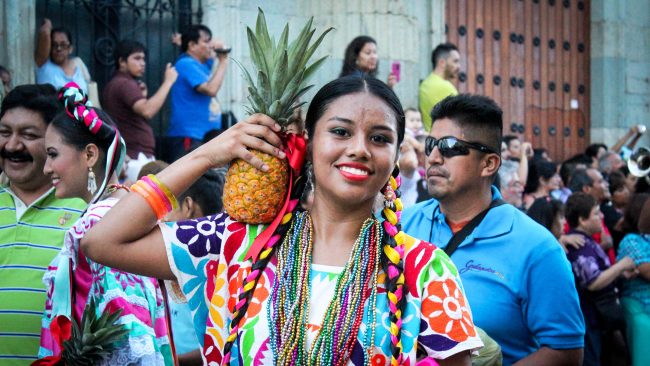 In Huatla de Jiménez, traditional women's clothing consists of a huipil White cotton embroidered with cross stitch. The drawings are usually of birds and flowers. In addition, the blouse also wears pink and blue ribbons. The bottom consists of a skirt. To dance, comb with two braids.

The men wear a white shirt and pants, and on the head a hat. In the following video you can see this dress:

In the Central Valleys, as in other regions, the characteristic element of men's clothing is the white blanket briefs. It is here, specifically in Oaxaca de Juárez, where it is organized the Guelaguetza, a celebration in honor of the Virgen del Carmen in which Mexicans from all regions of Oaxaca wear their traditional costumes. 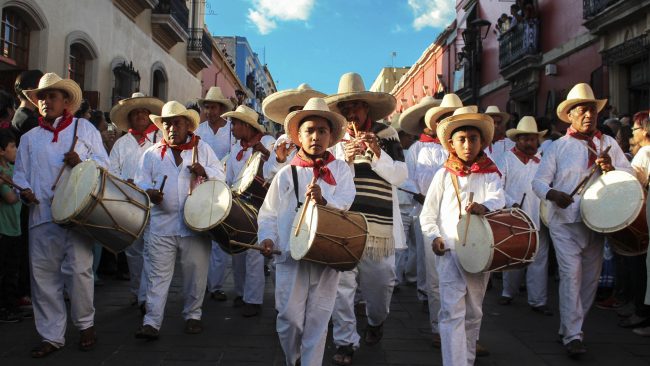 In San Melchor Betaza, to dance the call Sones de Betaza, women wear a huipil and a long white skirt with a red girdle at the waist. In addition, they wear a medal hung around the neck. Men go all in white and with a black hat. 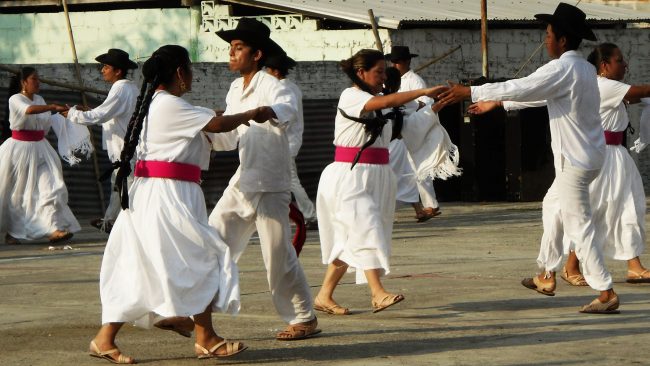 In the town of Miahuatlán de Porfirio Díaz, men go in white and with a red sash. As for women, wear a huipil and a rebozo or mantle with colored ribbons. On the feet they wear sandals known as huaraches. 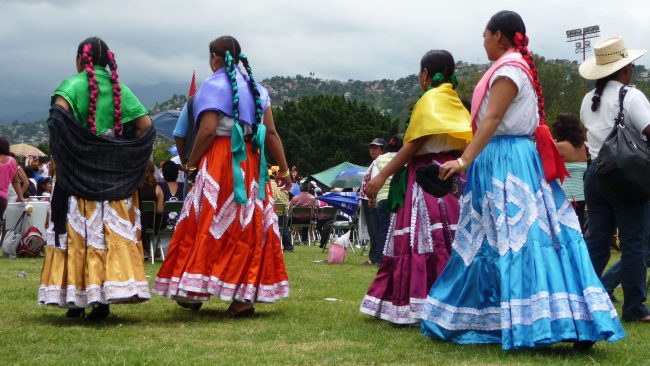 The triquis They are a indigenous people He lives in this region. Women usually wear a huipil Long red and make a braid. In the chest and back area, the huipil It carries drawings. As for men, they wear white panties and bright shirts with buttons and pleats or saddlebags of colors. 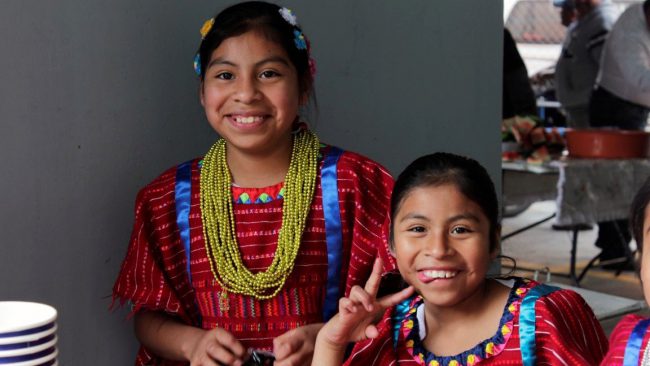 The origin of the clothing of Santiago Pinotepa Nacional is mestizo. This is formed by a wide and long colored skirt with white ribbons and a white shirt with embroidery. The typical decoration of the costumes is called chaquira. 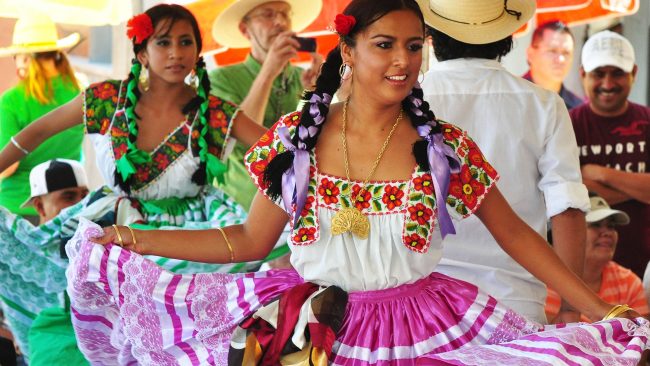 In Santa Catarina Juquila, the woman's skirt is of some striking color and the blouse has embroidered flowers. Men wear a shorts and a shirt or coton of blanket.

In Puerto Escondido, women wear a skirt and blouse with flowers, a rebozo pink, black shoes and bracelets and necklaces made with sea ​​shells. Also, the ball gown is formed by a long white skirt with a sailfish, a kind of fish typical of the area, on each side, and a blue blouse with two dolphins.

This article has been shared 43 times.