Nicaragua is a country of traditions and customs that have passed from generation to generation, among which its musical, artistic and dance expressions stand out. In this article, we show you images and videos of the most outstanding folk dances of Nicaraguan culture. In addition, we indicate in which populations and departments they are practiced.

This dance is also known as Male mouse. It is practiced in the departments of Carazo and Masaya, in the Pacific region, specifically in Diriamba and Niquinohomo, during January 20 and July 26.

The Güegüense is represented since the end of the 17th century and has an origin colonial. It is a kind of theatrical dance, a comedy that protests against the situation that the mestizos had in front of the Spaniards.

In this video we can see how the dancers costumes are, in addition to the characteristics of the choreography and music:

This dance is one of the most important in Nicaraguan folklore. It takes place at the Mayo Ya or May Pole festival, in early May. Ribbons of different colors are tied on a stick of about 3 meters. The dancers dance in circles, weaving the ribbons.

It is traditional of the Caribbean and is made to honor the goddess Mayaya and ask for new crops and fertility. It has been celebrated since the 19th century and is thought to be an adaptation of the English version. It originated in the population of Bluefields. 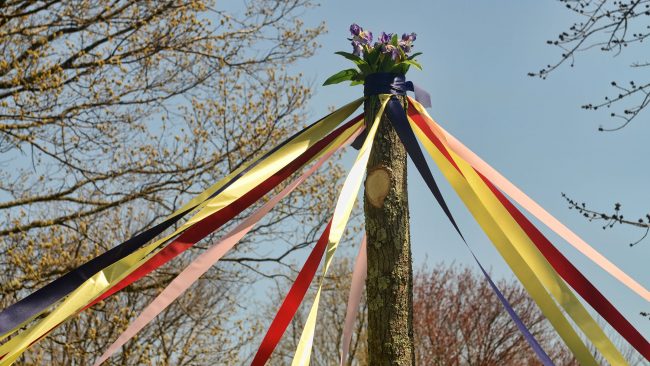 The Walagallo or dance of the roosters It is a dance of the Atlantic Region practiced by the indigenous people garifuna. It is a kind of ritual that seeks to cure a sick person.

It is thought that the person who is sick has been possessed by a spirit or God has sent him that disease, and is practiced when it is a truly serious case.

Las Inditas is traditional from Masaya and is danced on September 30, during the festivities in honor of San Jerónimo. It is indigenous origin and it recreates the activities of everyday life.

It is performed by a total of five pairs of dancers and the instrument that accompanies them is the marimba de arco. It is also practiced in Diriamba, Carazo, on January 20, for the festivities of San Sebastián. 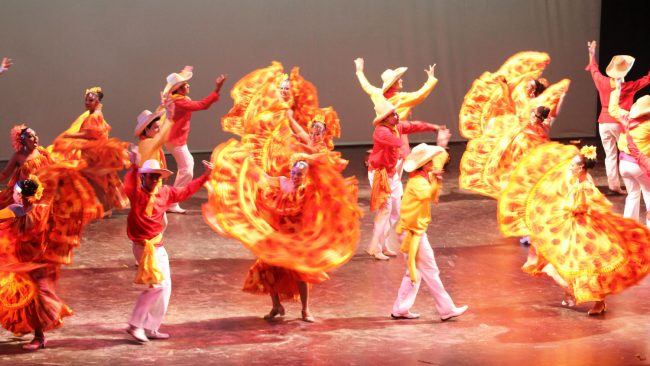 Los Diablitos is danced in Masaya on the last Sunday of November in honor of San Jerónimo. It has its origin in the nineteenth century, when young people sang serenades to girls at night.

In this dance they appear fifteen characters, each of them with a colorful wardrobe. All interpreters are men and each of them performs different movements: 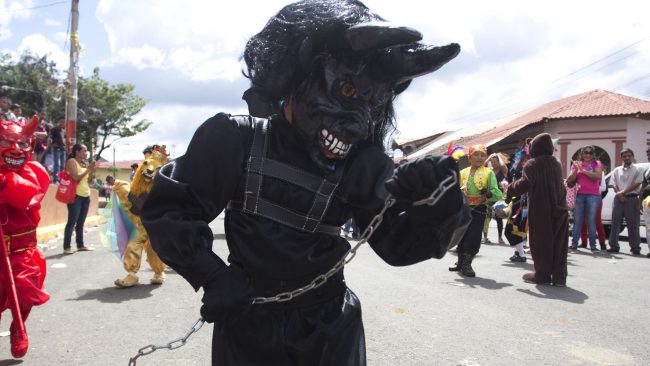 In the case of devils, they wear a mask that covers their face. In Nandaime, Jinotepe and Nagarote there are dances with the same name, but they have a different history.

Las Negras dance is practiced in Masaya, also during the holidays in honor of San Jerónimo, specifically every Sunday in October and November. It originated in the population of Monimbó.

The history of this dance begins in the colonial era, when the Indians danced with the Spanish. This angered the natives, who created this choreography as a protest to colonization.

It is represented by a group of eight men, four dressed as boys and four dressed as girls. At first, they wore their faces painted black, but later they went on to put on masks.

The Old and the Old

El Viejo y la Vieja is represented in Diriamba, Carazo, every January 20. A route of eight hours that starts and ends at the door of the village church. Dancers are men who want to pay a promise.

They wear white long-sleeved shirt, dark pants, palm hat and cane. Also, others are dressed as an old woman with a headdress and a colorful skirt. The Old man dances slowly and the Old one fast. Imitate the Spaniards.

The Zompompo is a regional dance of Altagracia, on the island of Ometepe, Rivas. In the past, there was in this population a plague of zompopos, a kind of flying ants.

The dance reflects the effort of the population to end this plague. The dancers are a group of ten couples that carry mango branches and imitate how people frightened or killed the zompopos.

The music that accompanies this dance is of Afro-Caribbean origin. Traditionally, it is danced between November 12 and 18.

The Gigantona and the Dwarf Cabezón

The Gigantona and the Dwarf Cabezón is a folk dance of León that is represented in December. The Gigantona is a doll of great height that moves a man from inside and dances to the rhythm of the drums. 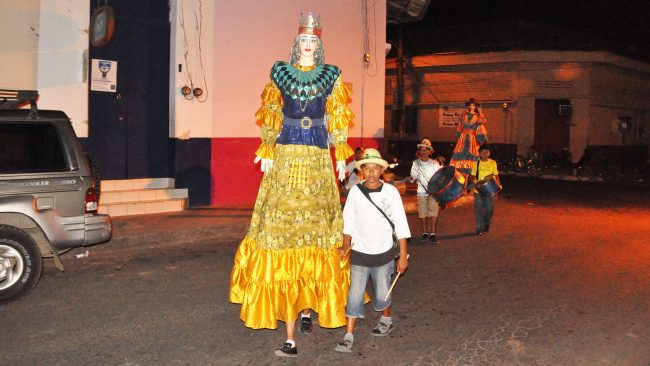 The Dwarf Cabezon quotes verses about the unrequited love Between the woman and a mestizo. Pepito may also appear in the choreography, a man who pretends to carry another one in tow.

Toro Huaco is danced in Diriamba, Carazo, on January 20, by a group divided into two parts of between eight and twelve people. In addition to these dancers, there is the Mandador, the head of the group, and the Bull. 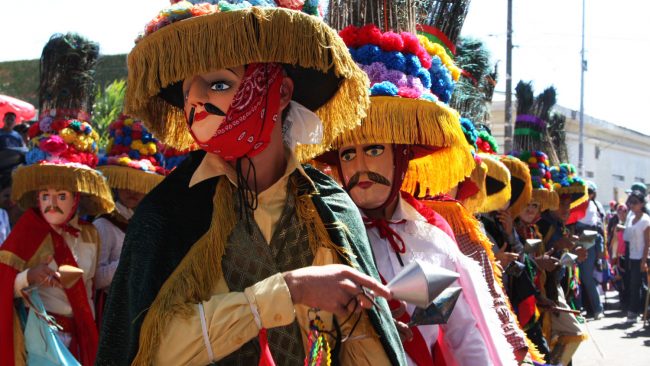 The members of each group are placed on both sides of the street in an Indian row sorted by height and jump. In the center remain the Bull and the Mandador. Everyone wears wooden masks except the Bull. Also, each group has a captain.

La Yegüita is a representative dance of San Juan de Oriente, Masaya, where it is performed every June 24 for the feasts of San Juan Bautista. The dancers play swordsmen or garreadores.

They dialogue imitating children and fight because the mare has been lost. At the end of the fight, the animal reappears. It's a dance that they only dance the men.

Top image by Lord of the Wings ©.

This article has been shared 142 times.