The Andean countries are located in South America and distinguish themselves from the rest because the Andes Mountains pass through them. These are Colombia, Venezuela, Peru, Bolivia and Ecuador.

Among the customs that we find in the Andean regions are the typical dances. In this article, we show you what are the main dances of these areas and in which departments and regions they are represented.

In the Andean areas From Colombia we find the following typical dances:

He bambuco It is one of the most important dances of the Colombian Andean Region. There are several hypotheses about its origin: while some point to Africa, others do it to Spain or the natives.

In this dance the couple dances with delicacy, there are no sudden movements or great contact between the dancers. With her it is tried to express the peasant romance. In the following video we can observe a group of children practicing this choreography:

The chotis arrived from Europe in the 19th century, through the high-class parties of the colonial era, and today it is not too practiced. It occurs mostly in Antioquia.

This is a dance. zoomorphic, that is to say, that in her the movements of some animal are imitated, in this case the monkey. These types of dances are usually of indigenous origin.

It is representative of the departments of Boyacá, Cundinamarca and Santander. This popular dance is performed as a couple. The man chases the woman and she escapes. There are two types: the sad or melancholic, and the festive.

The antioqueñas laps, as the name implies, they are traditional from Antioquia. The dancers, who go around and around, must be agile, since the music is fast and alive. The theme of this folk dance is loving.

The guabina It is practiced mainly in the departments of Santander, Boyacá, Tolima, Huila and, in the past, in Antioquia. In each zone, the melody of the music is different. This dance comes from Europe.

He corridor It is typical of Colombia since the s. XIX, but reached a high popularity in the s. XX. It is a variation of european waltz, but with a faster pace. There are two kinds:

In this case, it is a party hall in Antioquia:

He sanjuanero It is typical of Tolima Grande, especially in the fiestas of San Juan and San Pedro. In this area are also traditional rajaleñas, some picaresque couplets. In the following video you can see the representation of the sanjuanero:

If you want to know the popular dances of the other regions of Colombia, we recommend you visit the following article: Typical dances of Colombia.

These are some of the most outstanding dances of the Andean areas of other countries:

One of the Andean dances of Venezuela is the bombiao duck. During their performance, they are becoming pauses in music and dancers verses are dedicated. It is popular in Táchira and Mérida.

The most surprising dance of the Andean part of Peru is that of the Punea devilish. This dance, which is represented at the fiestas of the Virgin of the Candelaria de Puno, Chucuito, Huancané and San Román, refers to the fight against good and evil.

In it, some people are disguised as Satan and others of the Archangel Saint Gabriel. The women who accompany the devils are the chinese supay or cachu-devil. 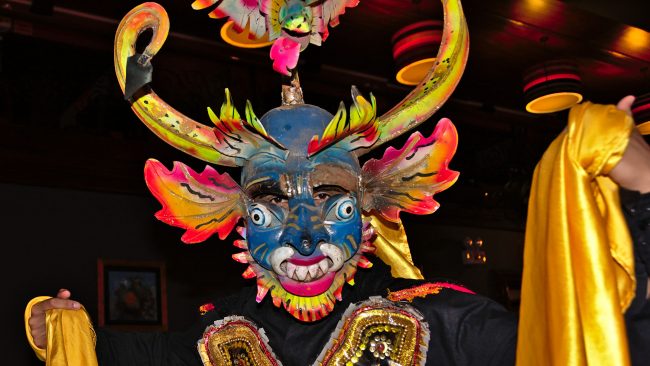 In Bolivia we find the dance of the Suri Sicuri. The name of these comes from aymara, a pre-Columbian language: Sicuri refers to the person who touches the siku (known as pan flute), while suri it's a kind of ostrich Andean. Therefore, it is a zoomorphic dance. 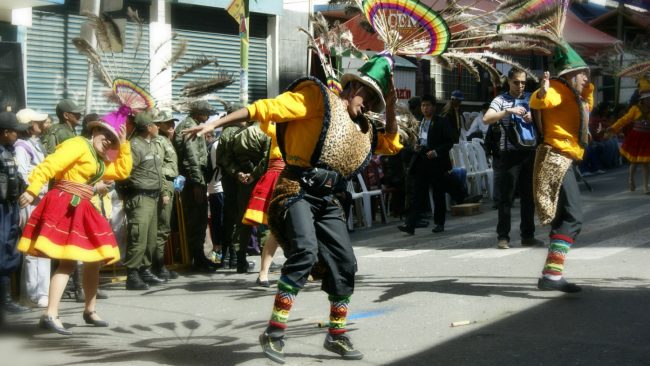 Among the Andean dances of Ecuador we find the San Juanito, also popular in some areas of Colombia and Peru. Its origin is pre-Columbian, although it reached fame during the twentieth century.

This dance is usually practiced during the holidays, as it is a cheerful musical genre. Also, the dancers usually wear the typical costume of the area.