Music is one of the highlights of Brazilian culture. Samba is the most popular style, although not the only one. In this article, we talk about the main musical instruments used in the country's folklore. In addition, we show you photos and videos of them.

Percussion instruments are remarkably important in Brazilian music, as they are used to interpret the different styles of samba, such as batucada, so typical of Carnival. These are some of the main instruments:

The cuica It is usually made of metal, although it can also be made of wood. It has a drum shape, but inside the membrane there is a bamboo stick. To play, this stick is pushed with a wet cloth, while with the other hand the membrane is touched to make different sounds.

The sound it produces is quite characteristic and there are people who even say it sounds like a howling monkey. It is an instrument originally from Africa that was carried by the former slaves in the country.

He surdo It is a large drum that can be made of wood or metal. It is the basis of rhythm, so it is important that you play your role correctly in the samba. It is usually played with a drumstick. 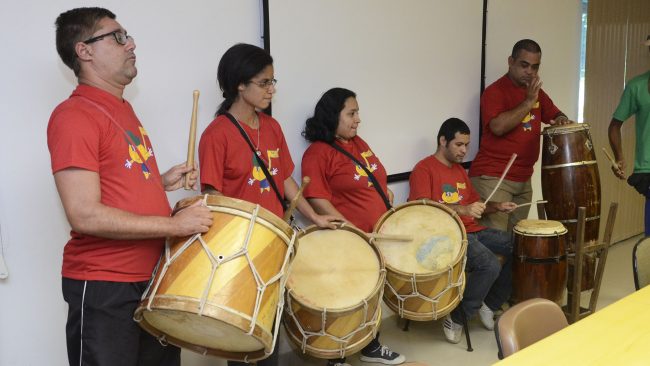 He so so It is an idiophone percussion instrument, that is, the sound is produced by the vibration of your own body. To touch it, it is placed horizontally and the membrane and the metal part are struck. It comes from djembe, an African instrument.

The timiano bahiano is of Brazilian origin, specifically from the state of Bahia. It is a kind of cone-shaped drum that can be found in wood or metal. To wear it, it has to be fastened with a belt. The sound it produces is quite acute.

He repinique It is another of the percussion instruments used in the performance of the samba. It is native to Brazil and can be made with wood or metal. It is played with a drumstick and hand, or with two drumsticks. It produces a dry and sharp sound.

He attack It is african origin and is used to set the pace. It is built with jacaranda wood, a tree that we found in Brazil. To make it sound, the membrane is struck. 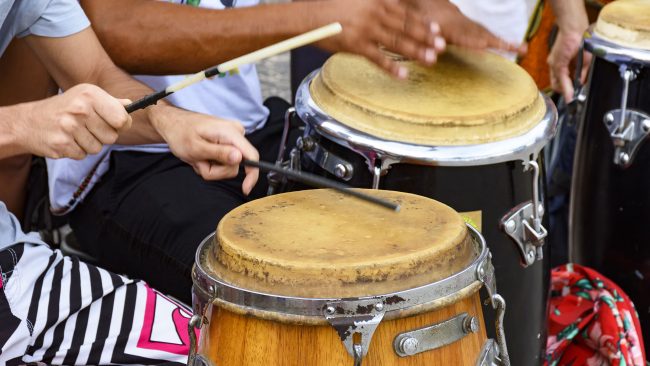 Traditional Brazilian music also uses string instruments like the ones we will see below:

Birimbao, known in Portuguese as berimbau, is an arch formed by a flexible wooden stick, a wire, a pumpkin and a cashishi (a percussion instrument consisting of a wicker basket with seeds inside).

To touch it, with one hand the rope is tightened with a stone or a coin, while with the other the instrument is struck with a stick. In addition, one of the two also holds the cashishi. This instrument of African origin is used in the capoeira, a combination of dance and martial art.

He cavaquinho its an instrument cordon (that is, it sounds when its strings are vibrated), which is shaped like a guitar, but smaller in size. It has four strings and from it derives the ukulele. In Brazil it is used to interpret samba. It is believed that it began to be used in Portugal in the 16th century. 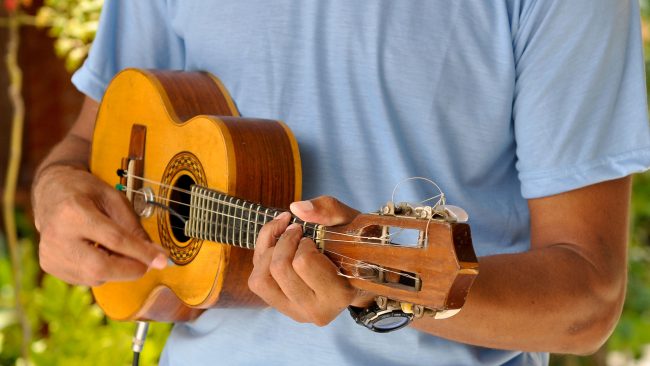 The rabble it is an instrument similar to the violin that is used in the folk music of the northeast of Brazil to interpret he lined, a musical style that is represented at parties. This instrument originated in Portugal in the 18th century.

There are few native Brazilian or wind instruments, as percussion is the most prominent family of instruments, although flutes are used to accompany some styles of music.

The duck whistle is typical of the states of Paraná, Santa Catarina and Rio Grande do Sul. It is made of wood and is small in size. Depending on the end through which it is blown, one sound or another is produced.

In addition, to vary the sound, the hands are placed in front and movements are made with them. The duck whistle is attached to the neck with a strap.