The United States is a large country, which means that the weather and climate are not the same throughout the territory. Therefore, in this article, we talk about the prevailing climate in each area of ​​the country today and we give you information about the temperature in each state.

In the United States we find different types of weather. These are the most prominent:

In the lower areas of the southwestern United States, in cities like Las Vegas, Phoenix, Yuma and Palm Springs, we find a warm desert climate. In this area, 38ºC are reached in summer, while winter is colder.

In northern Arizona, New Mexico, and central and northern Nevada and Utah, we find a climate semi-desert. This translates into colder winters where it usually snows and a large temperature difference between day and night. 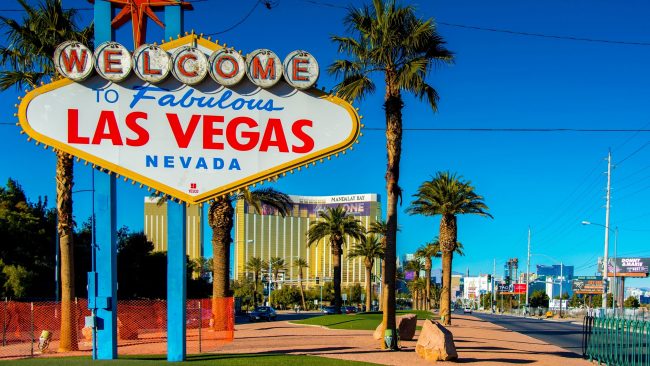 The Mediterranean climate predominates on the coast of California. In summer temperatures range from 21 to 27 ºC and it is a dry season. In San Francisco, the warmest month is September.

On the contrary, winters are humid and temperatures are between 10 and 16 ° C. In the interior river valleys where Bakersfield and Sacramento are located, the winters are colder and the summers are warmer. 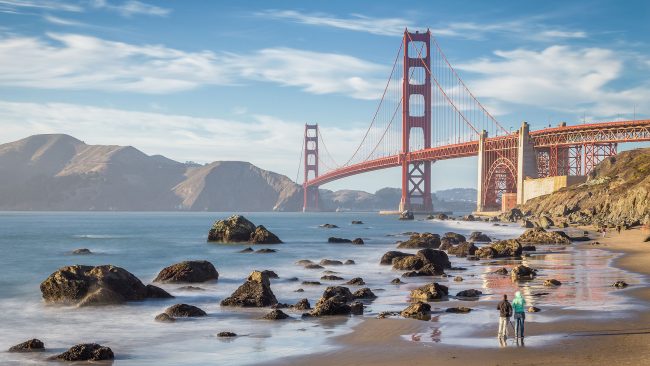 On the coast of the Gulf and the South Atlantic, winters are quite mild and summers are hot and humid. In the Florida peninsula, where we find Miami, Jacksonville, Houston and New Orleans, among other populations, in summer temperatures range between 21 and 24 ° C.

In the interior of the southern zone, where Nashville, San Antonio or Atlanta are located, summer is the same and in winter there are temperatures between 4 and 21 ºC. 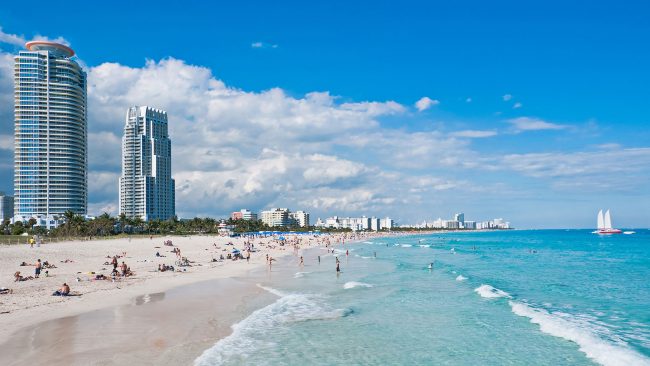 We found a mild climate in the southern Great Plains, the lower Midwest and the central East Coast. Here the winters are cold and the summers are warm and long. There are rains throughout the year, although in the west they are more frequent during the first months of summer.

For example, in Texas and Oklahoma, rainfall prevails in May, while in Kansas there is more abundance in June. Likewise, the further west, the temperature is lower.

In the Midwest, temperatures vary rapidly and there are strong winds. Thunderstorms can occur in eastern Texas, Oklahoma and Kansas. In addition, in the south of the Great Plains there are tornadoes. Therefore, this area is called Tornado alley or Tornado Alley. The area with the highest activity of this type is downtown Oklahoma, where they abound in May. 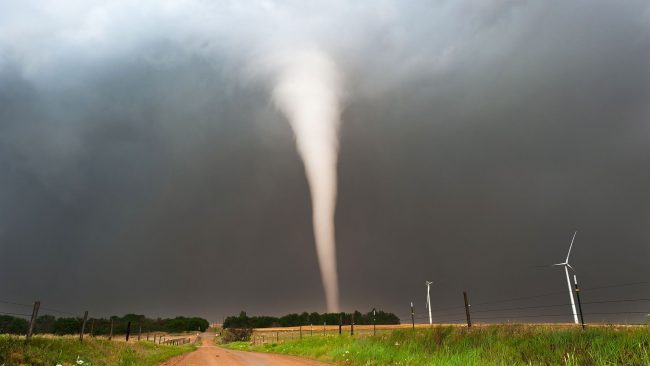 In the north of the Great Plains, the Great Lakes and New England there is a humid continental climate formed by four distinct seasons. In winter, temperatures vary between -18 and -11 ºC and in summer between -1 and 27 ºC. 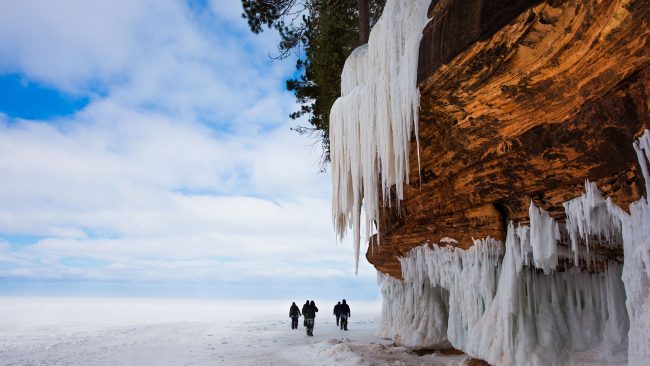 In New England there is rainfall throughout the year, although in the case of Boston they are more abundant between November and December. As for the high Midwest, temperatures vary rapidly and the wind is strong.

In the northwest of peaceful The climate is oceanic, so autumn, winter and spring are wet and cool. Also, summers are dry.

In Seattle and Portland, temperatures range from 10 to 26 ºC in summer and from -1 to 9 ºC in winter. In these two areas there is snow in some winters, although it is not something regular. 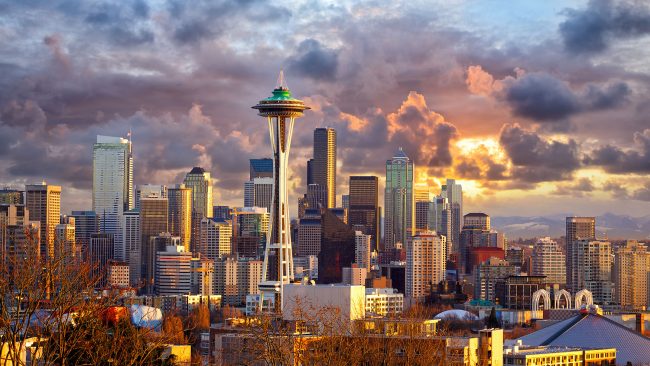 On the western coast of Alaska we also find an oceanic climate, although in other parts of the state we find other types of climate such as the Arctic and continental.

The tropical climate occurs in South Florida, where temperatures remain above the year throughout the year. 18 ° C. There is a wet season, between May and October; and another dry, between November and April.

This type of climate also occurs in Hawaii, an archipelago located in the Pacific, especially between sea level and 137 m.a.s.l., since the altitude is an important condition and the high areas are colder. 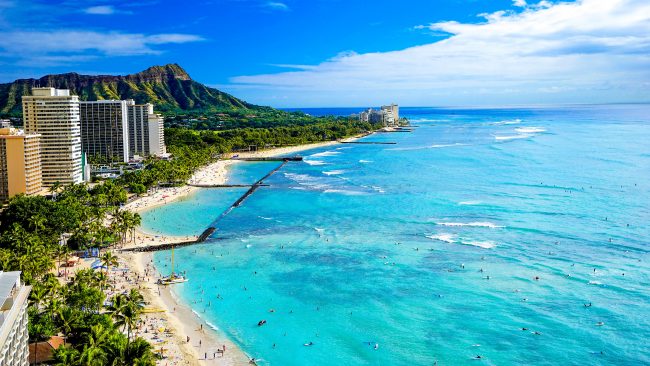 As we have commented previously, in each zone of the United States we find a different climate, so the temperatures vary considerably depending on the state in which we are.

In the following table you will find the average annual temperature in each state of the country reflected in both degrees Celsius and degrees Fahrenheit. In this way, you can get an idea of ​​the general climate in each part: 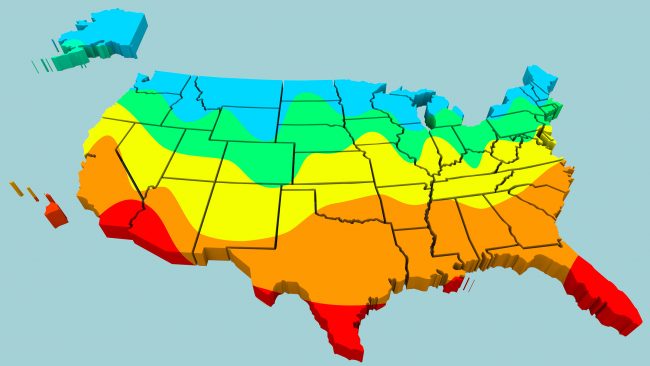 Given this information, we observe that the coldest state is Alaska, with an annual average of -3 ºC, while the warmest is Florida, with an average of 21.5 ºC.

Which cities in the United States have good weather?

There are numerous American cities with good weather. In California we find many such as Long Beach, Los Angeles or San Diego, but there are also in other states: Brownsville (Texas), Charleston (South Carolina), Indianapolis (Indiana), etc.

What factors modify the climate in the United States?

Among the different factors that modify the climate, both in the United States and in the rest of the world, we find latitude, altitude and distance to the sea.

This article has been shared 33 times.