The Mountains of Fire or Timanfaya, form the central nucleus of Timanfaya National Park, south of the island of Lanzarote. This area was affected between 1730 and 1736 and in 1824, by a long process of volcanic eruptions of the most significant on the planet. Emerging a new and amazing landscape covered with diverse lavas, geysers, stoves, volcanic cones and jameos. 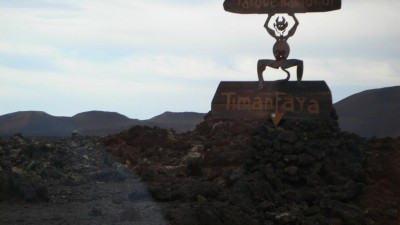 51 of the 174 square kilometers of the site have been protected as a National Park. The great value of the area is due to the fact that even today there are extensions of impassable lavas that barely suffered human alterations that, together with the climate, have allowed an almost unaltered landscape that is invaluable for research. 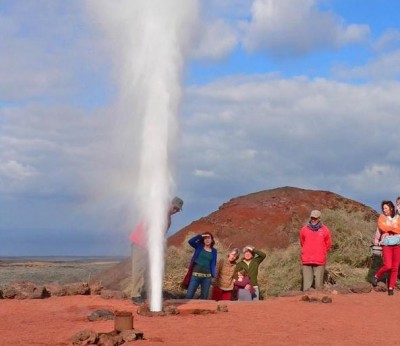 As a symbol of the park, César Manrique He designed the imp, now famous, in rusty iron that receives us and demarcates the boundaries of the protected area. The Route of the Volcanoes You can travel on the back of a camel, there are 14 kilometers of roads specially equipped so as not to damage the environment. 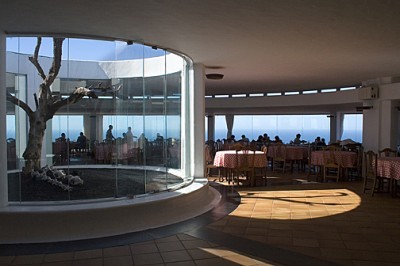 The area known as the Islet of Hilario It presents high temperatures in the subsoil, where they are checked by pouring a bucket of water and the geyser effect is produced, or cooking food with the heat of the ground. In the “El Diablo” restaurant, designed by Manrique, you have a wonderful view of the park while eating food cooked in the heat of the ground. 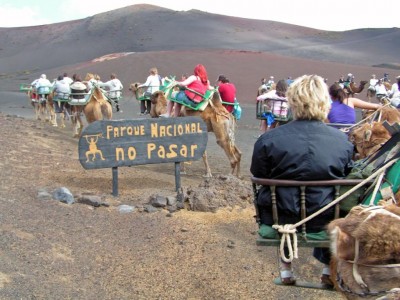 The recommended time of the visit is approximately 1 hour. General admission is € 8 and children between 7 and 12 pay € 4. It remains open to the public between 9 am and 5 pm. Access is made from Yaiza.