The Gold Tower of Seville It is located on the left bank of the river Guadalquivir, next to the Plaza de Toros de la Real Maestranza. Of dodecagonal base and with 36 meters of total height. It was built in the early thirteenth century and in the eighteenth century a superior circular body was added. 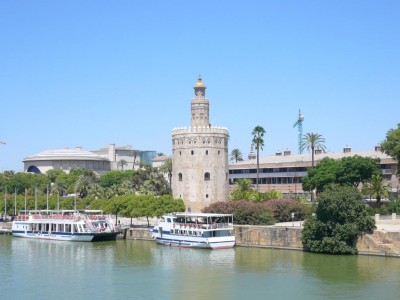 This tower shows the Almohad architecture, it was a tower albarrana, was part of the defensive system. From their base they extended a chain that crossed the river to close the port. 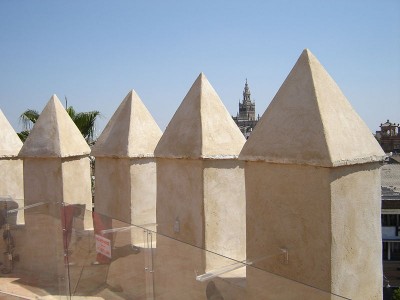 Legend has it that it was covered with golden tiles and from there it takes its name. Another version says that, from the The new World born with gold and other riches arrived at its port. 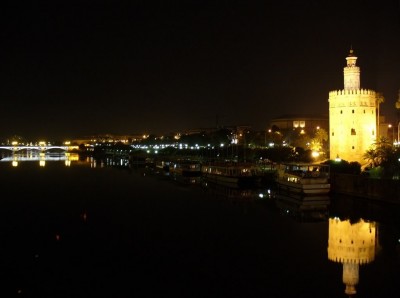 Throughout his life he has served as a pier, defense, lighthouse, prison, chapel. At present, after being restored in 1900 and since 1944 it houses the Naval Museum dependent on the Ministry of the Navy. This museum keeps important graphic documentation of the city’s nautical history and exposes different naval instruments.

Schedule:
Tuesday to Friday from 10 a.m. to 2 p.m. Saturdays and Sundays from 11 to 14 hours. Closed Monday. Holidays prior consultation. August closed. The price of the entry It is € 1 and Tuesday is free.