The building of Alicante City Hall It is located in the historic center. This baroque palace was built at the end of the 18th century on the old City house. The main gate, flanked by two Solomonic columns and commemorative shields, overlooks the Town Hall Square. The secondary door has entrance through the Santa Faz Square. 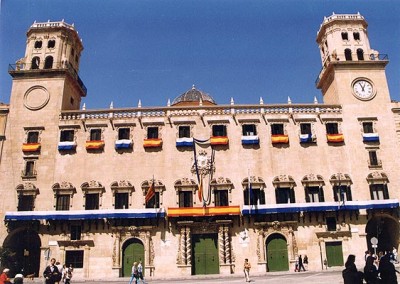 This construction has three floors topped with balustrade, where the first floor balcony stands out. It has two square towers at the ends, seated on arches of masonry, which are called First and Second Town Hall Portals. The right tower shows a chime clock, where the new year used to be celebrated. 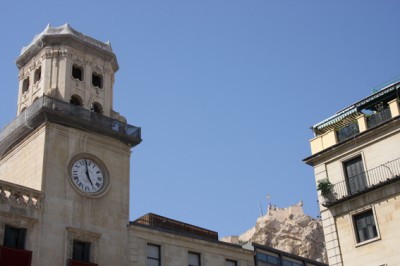 On the pillar where the main stair railing begins, the “Zero level” which is taken as a reference to measure the height above sea level of all Spanish territory. 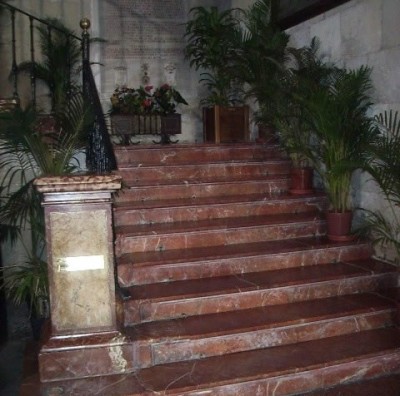 Of its classrooms the most important is the Blue room, the Royal Chamber of Isabel II in 1858, which has a Chapel side to which a papal bull was granted to celebrate masses. The entire building has its interior decorated with works by Padilla, Cabrera, Amorón and Gastón Castelló. 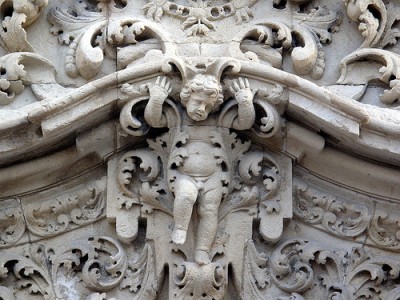 Bordering the palace, a modern building has been built to expand the premises and, during the work, archaeological remains were found that are exposed under the name of “Alicante, the discovered city”. That can be visited from Monday to Friday from 9 am to 2 pm.