Brazil is a country whose culture has been developing over the centuries, so it is influenced by different aspects. In this article, we give you information about the most representative customs of Brazilians. Some of them may be strange for people from other countries.

The most important party in Brazil is Carnival. This is celebrated the four days before Ash Wednesday, so the date varies between February and March. Although it is organized in most cities, the most prominent is that of Rio de Janeiro.

In it, the main event takes place at the Sambadrome, a stadium with a 500 m long stage that brings together a total of 75,000 spectators. In it, samba schools go out and perform an 80-minute show. Each one is disguised with a different theme and they compete with each other.

In order to attend this competition, you need to buy a ticket in advance or leave as a participant with one of the samba schools. Also, throughout the city there are numerous parties. 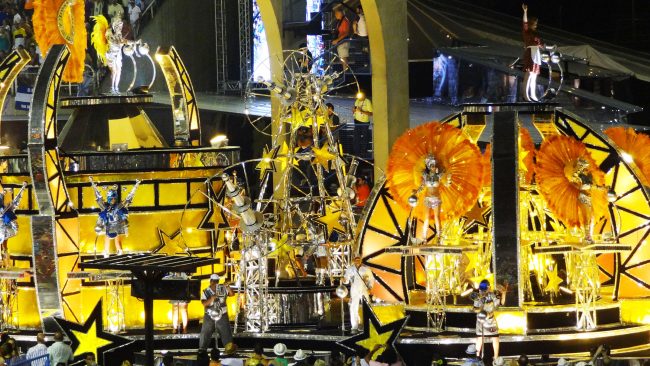 Among the different typical Brazilian dances we find the capoeira, a combination of dance, martial arts, acrobatics and body expression. Its origin is found in the former African slaves who lived in the country in the 16th century.

When a group of dancers makes a circle and practices capoeira it's called Roda de Capoeira. This fact is declared Intangible Cultural Heritage of Humanity by UNESCO. The instruments with which music is performed are percussion and strings.

Likewise, we cannot forget the samba, the music that is danced during Carnival and other important dates. This also has an African origin and is practiced in a group. It has a close relationship with the batucada. In addition, a variant of the samba is the bossa nova.

A tradition of weddings in Brazil is for the bride to write the name of her friends who have not yet married on the inside of the dress. In this way, it transmits luck to them to find a partner or get married soon.

When going to the ceremony, the bride has to arrive later than the future husband. On the other hand, at the banquet, the guests and the couple eat a candy called bem-marriedwhose name means happily married. This dessert is wrapped as we can see in this image: 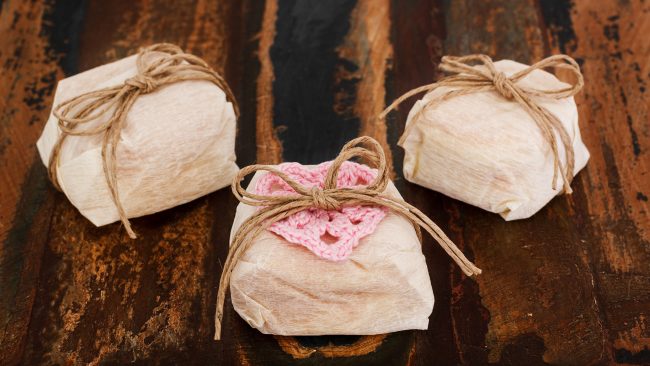 Brazilian cuisine is influenced by indigenous, European and African cuisine. Within the culinary tradition we find the feijoada, composed of black beans and salted pork. To this is added rice, oranges and sprinkled with cassava flour. Traditionally, it is eaten on Wednesdays and Saturdays.

Also, a drink linked to the culture of the country is the caipirinha. It consists of a cocktail whose main ingredient is a brandy known as cachaça It is made with cane sugar. Lime and sugar are added to this. It is made in Brazil since the 19th century. In the following article you will find the rest of the country's typical recipes: The typical Brazilian food. 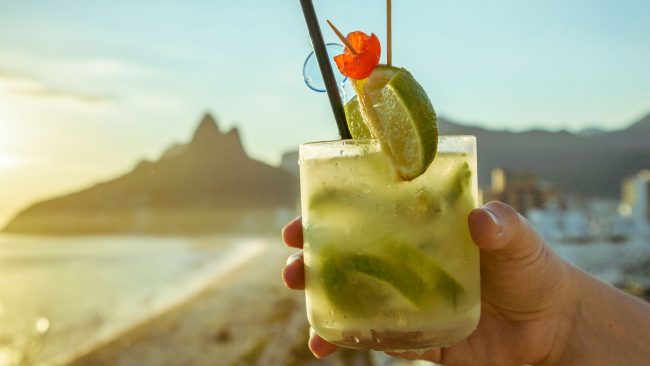 Keep in mind that in December, when Christmas arrives, it is summer in Brazil, since this country is located in the southern hemisphere. Therefore, it is said that Santa Claus, what is the name of Santa Claus, arrives dressed in silk clothes.

Among the Christmas decoration that we can find in the houses is that of the nativity scene or birth. Also, Christmas trees abound throughout the country, highlighting the one placed in the Rodrigo de Freitas lagoon in Rio de Janeiro, as it measures 85 meters. If you want to know other impressive Christmas trees, we recommend this article: The most beautiful Christmas trees in the world. 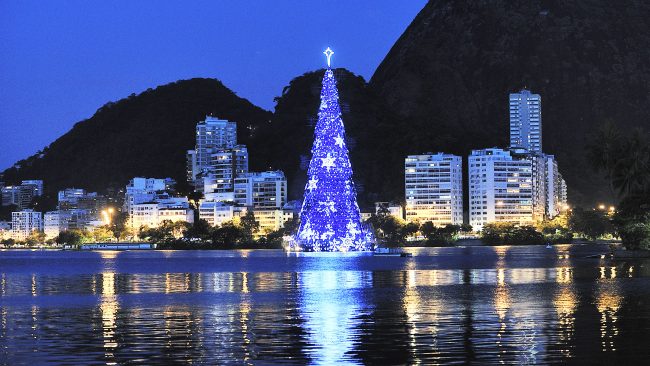 At New Year's Eve, to attract good luck, it is customary to make three jumps with a glass of champagne without throwing any drops, as well as being careful and not keeping the clothes upside down. To welcome the New Year, fireworks are traditional. The most famous is the one that is launched from Copacabana Beach, in Rio de Janeiro.

That night also celebrates the festival of Iemanjá in honor of the goddess of the sea, so that in some beaches flowers and small boats are thrown into the water. This act originates in the African religion yoruba. 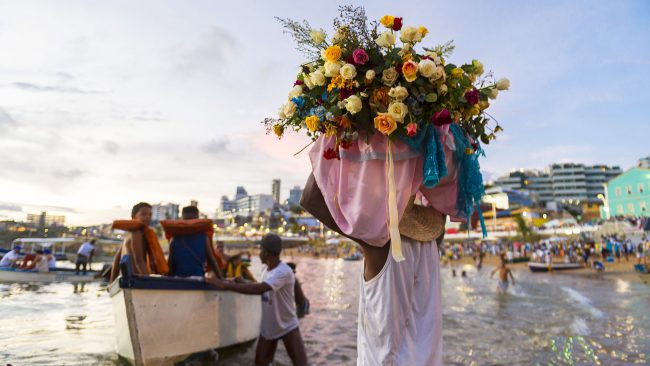 In each zone of Brazil we find a different typical costume. In the case of Salvador de Bahía, his women wear baiana. This dress consists of a long skirt and a blouse benches with lace.

On the head they wear a kind of handkerchief and several long necklaces are hung on the neck. This dress is related to the Afro-Brazilian culture of the country. 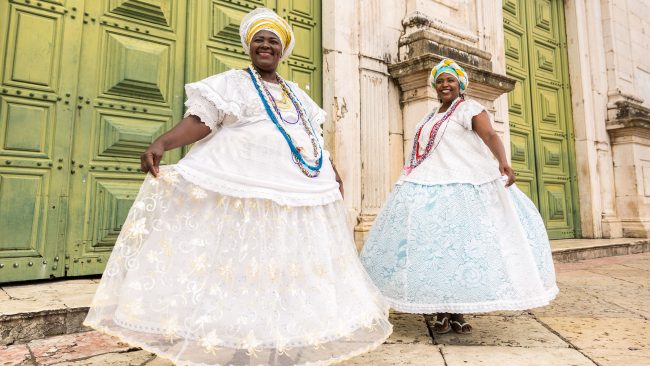 Brazilians are welcoming and cheerful people. When talking to people, they are quite nearby and body contact is usual. To greet each other, the number of kisses given depends on the area where we are: 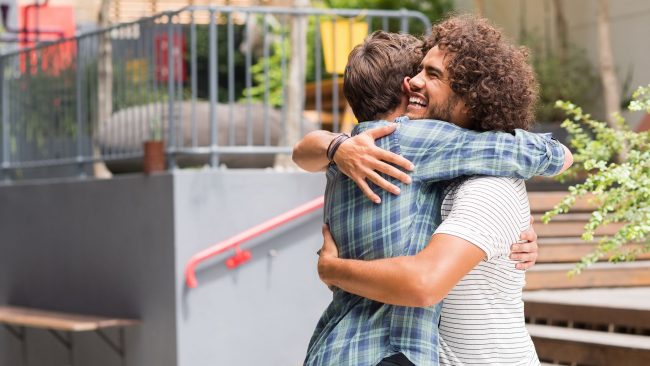 The official language of Brazilians is Portuguese. However, other languages ​​are also spoken. In this article you will find more information about it: What language is spoken in Brazil?

As for religious beliefs, approximately 65% ​​of the population is considered Catholic Christian and 22% Protestant Christian.

It is estimated that in Brazil they live around 240 indigenous tribes, most of them in the Amazon. Some have not even come into contact with people from other cultures. 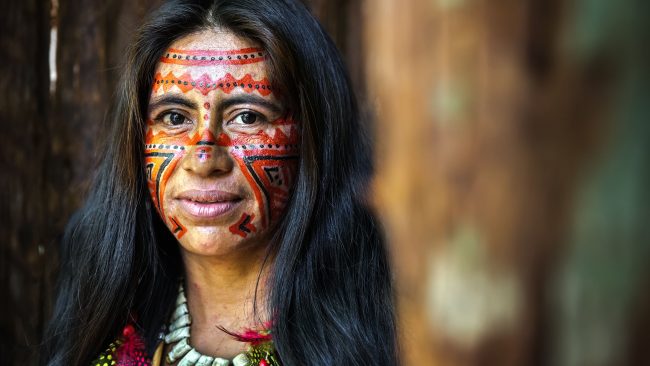 One of these tribes is that of the awá. In it, the proportion of men is two for each woman. Therefore, polyandria is practiced, which allows a woman to marry more than one man.

On the other hand, we find the tribe of pirahã, formed by only 360 people. They live next to the Maici River and their language is extremely complex, since they incorporate screams and whistles. In addition, they do not read or write, nor do they speak of abstract concepts.

In general, business in Brazil is done in Portuguese or English. At the time of greeting, the common thing is the handshake, although between women they can kiss. The important thing for business negotiations is to be calm, as they can be slow. 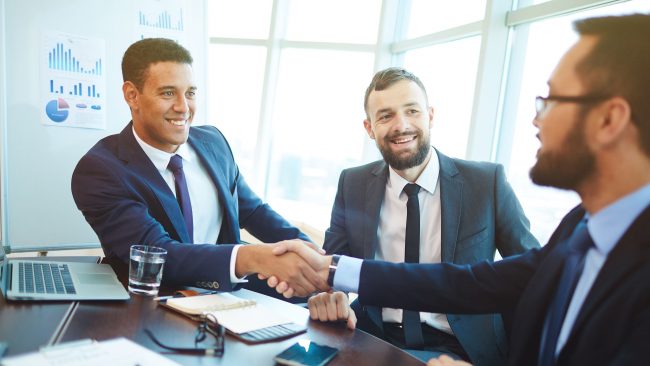 Brazilians value knowing each other well and having confidence before closing an agreement. The business card is given at the end of the conversation, before saying goodbye, and it must be written in Portuguese and in the language used by the company.

This article has been shared 99 times.