Around the world we find numerous traditions that we can consider strange or curious. Each culture has been developing different social customs that are far from those we have in our own country. For example, there are big differences between the western and eastern world.

In this continent diverse cultures are included that count on their particular customs. They have influenced their history and the climate of the area.

In Central Europe we find the Netherlands, a state commonly identified with the name of Holland. In this country, the most popular means of transport is the bicycle. It is estimated that there are about 18 million bicycles for 16 million inhabitants. In addition, they have more than 100,000 kilometers of road enabled for them.

As for Germany, the Oktoberfest It is his most famous party. In Munich it begins on the first Saturday after September 15 and is celebrated since 1810. In this article you can read more customs of this country: Traditions in Germany. 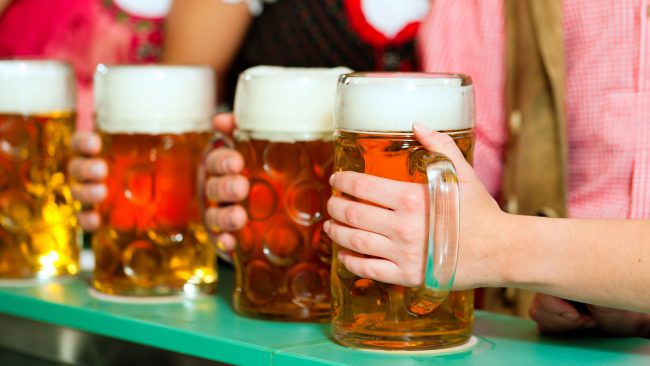 In this area, specifically in Sweden, a curious party called Kräftskiva: the crabs tasting fair. In it, families and friends gather to try this product. It takes place between August and September.

In Finland the Nordic walk. It is a type of sport in which you walk assisted by two ski-like poles. In this way, resistance is improved. 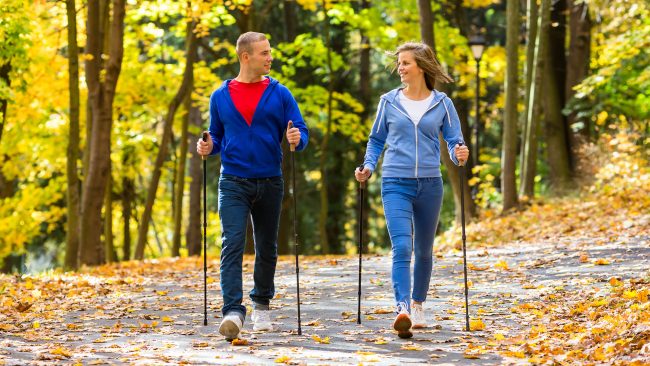 Do not forget that in this country is the house of Santa Claus. If you want to know other Christmas customs, you can read the following article: Christmas in the world: main customs and traditions.

Anglo-Saxon countries are those in which English is the official language. In the case of Europe, we find the United Kingdom, Ireland and Malta.

If there is a tradition that identifies Britain, it is tea. It began to be practiced in the s. XVII, although it was not until the s. XIX when he acquired more fame.

This action is popular especially in England, where some companies allow their workers to pause to consume this drink. The official time is between 3 and 5 in the afternoon, although it is currently taken at any time. 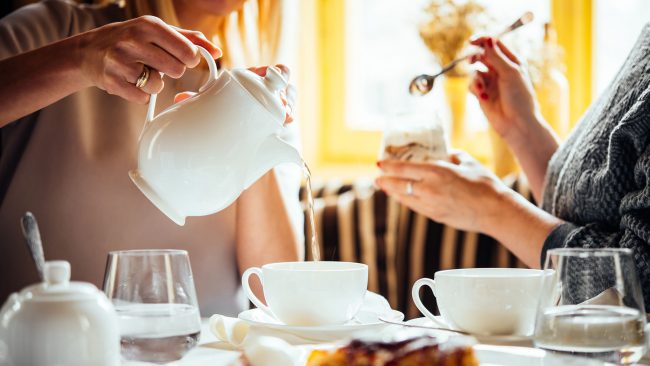 Estonia, Latvia and Lithuania are considered Baltic countries. However, there are more territories surrounding the Baltic Sea, such as Denmark, Russia or Poland.

In Latvia, the Miķeļdiena Fair marks the autumn equinox, when day and night last the same. It takes place during a weekend, in which markets with seasonal products and crafts are mounted.

In Russia it is typical to give roses to any event: a date, a birthday, etc. However, you should never give a odd numberWell, it is a symbol of bad luck. 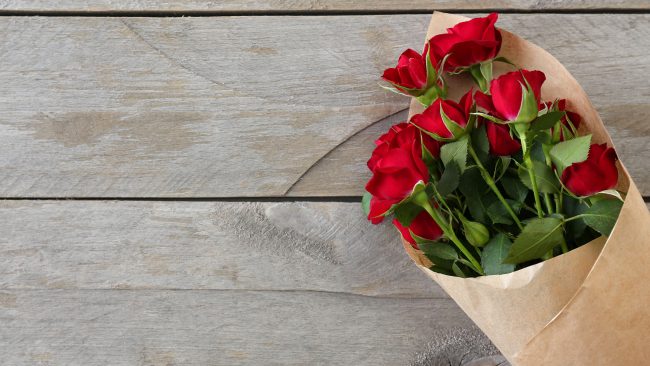 The countries bathed by the Mediterranean Sea boast an enviable climate and a quiet lifestyle. In the case of Greece, there are numerous superstitions that have accumulated in their culture.

For example, it is bad luck to see a black cat and a priest on the same day. In addition, you must always carry some currency or ticket, as it is said that money attracts money. 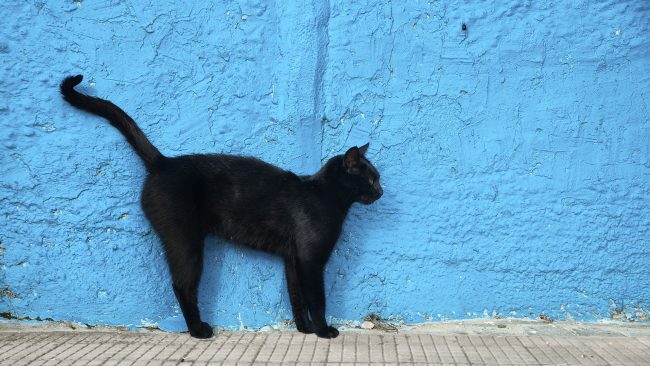 Another strange custom is that of spit three times When bad news is heard. In case two people say something at the same time, they both say piase kokkino, what does it mean touches red, and hurry to find something of this color.

In France they retain the religious tradition of celebrating first communion twice: once at eight years old (petite communion) and another at twelve (great communion). In the second, a major party is organized.

As for Spain, various celebrations are organized throughout the year. One of the most characteristic is that of the Fallas, in Valencia, in which large monuments are erected and then burned on the last holiday. 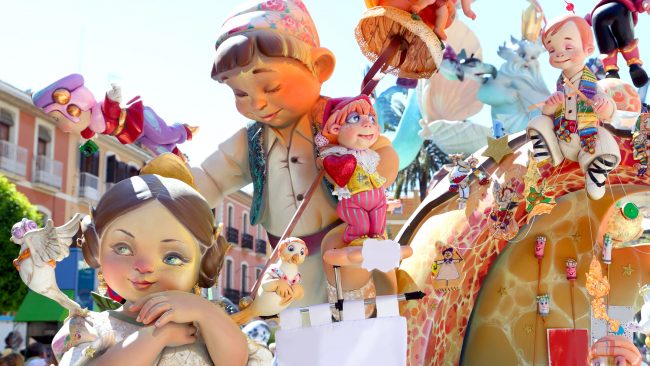 In Asia, different religions and cultures converge, so each of them has different customs.

In Iran, faithfully follow the taarof, considered the art of excessive education. These rules of behavior have a Persian origin and it is important to know them.

If an Iranian offers you something, you must refuse it repeatedly. If you insist three times, then you will have to accept it. Something similar happens in small stores, where making a simple purchase will take some time. 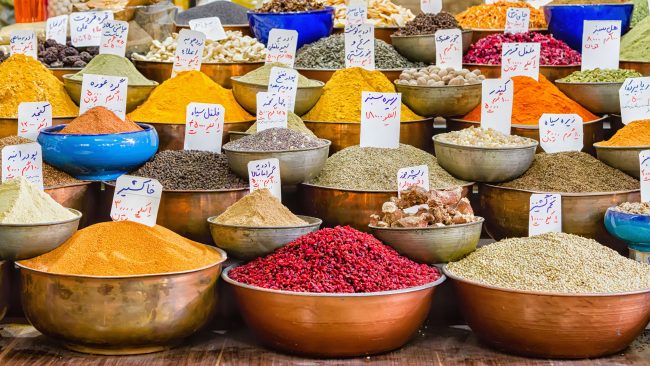 Another custom in the Arab world is to eat with your hands, particularly with the right. They usually do not use tables, but instead place food on a mat or rug and sit around.

Also, in Jordan, if you are invited to drink coffee, you have to accept, as it is a symbol of hospitality. If you finish it and do not want more, you will have to shake the cup from side to side. 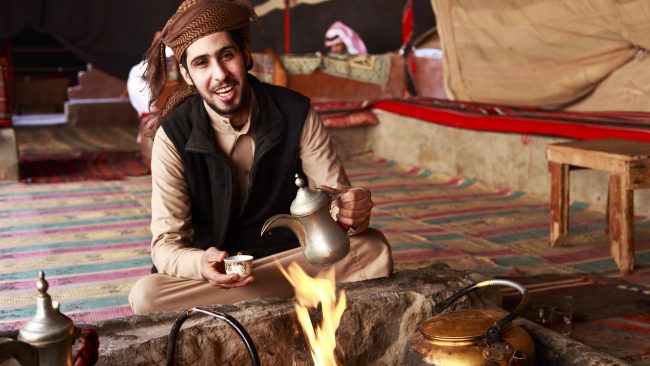 The Japanese are extremely polite. So much so that they have four types of obeisances, used at different times of everyday life: 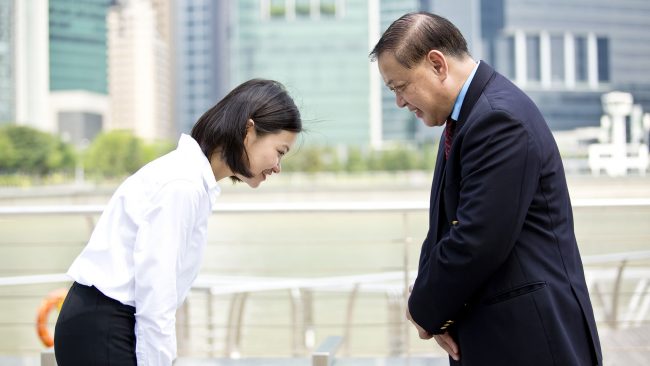 In China, when they give and take gifts, it is done with both hands. In addition, these do not open in front of the person who has given them and can not be stored in the pockets of the pants.

In Israel the official religion is Judaism. Therefore, the Gregorian calendar is not followed, but the Hebrew. It takes into account both the cycle of the Earth around the Sun and the Moon. A new day is not counted after twelve in the morning, but when night falls. 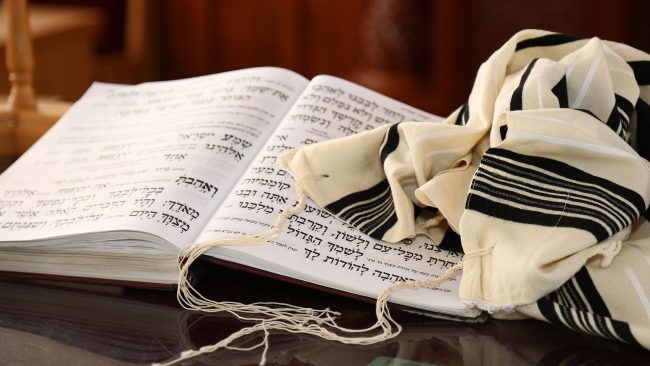 The most important day for the Jews is the Tisha b’Av. It is considered the saddest day in Jewish history, since among other acts, the First Temple and the Second Temple of Jerusalem were destroyed.

In your calendar, this day corresponds to the 9th of av (the eleventh Hebrew month). In the Gregorian yearbook, it varies between the last fortnight of July and the first of August. 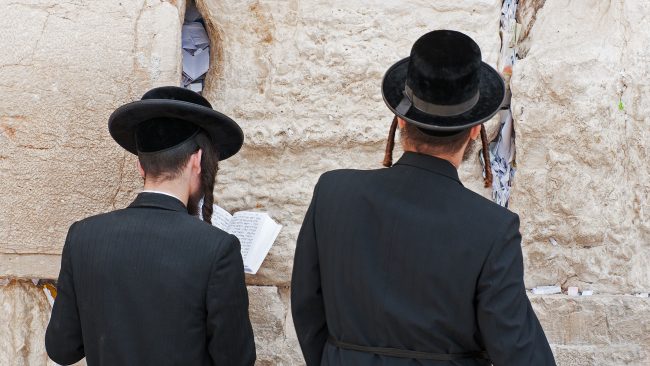 On that date, from night until noon, we found great restrictions, since it is forbidden to eat, drink, bathe, wear leather shoes and have sex.

The people of India are usually quite classy. Therefore, it is normal for them to ask another person about their studies, their work or their marital status, even if they have just met them.

Weddings are formalized by agreements between families, which are usually of the same caste and of similar status. The bride's family has to pay the boyfriend a dowry. 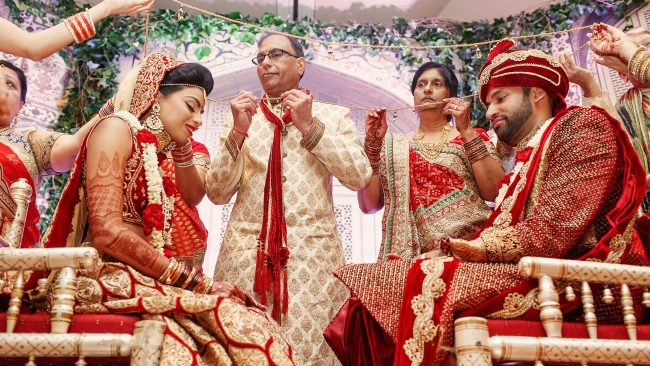 The celebration of a new marriage is long and in it different activities are carried out. For example, the bride and groom have to go three times around a fire, considered sacred fire.

Latin American culture is characterized by a combination of indigenous and Spanish traditions.

One of the countries of Central America is Mexico. Here the celebration of Day of the Dead, between November 1 and 2. It is believed that on this date the deceased return from beyond. Therefore, families go to the cemeteries with the deceased's favorite food and even play music.

In this country, the cult of death dates back to pre-Columbian times. If you are more curious about the attitude in Latin America towards death, you can visit this article: Customs and behaviors before death in Latin America. 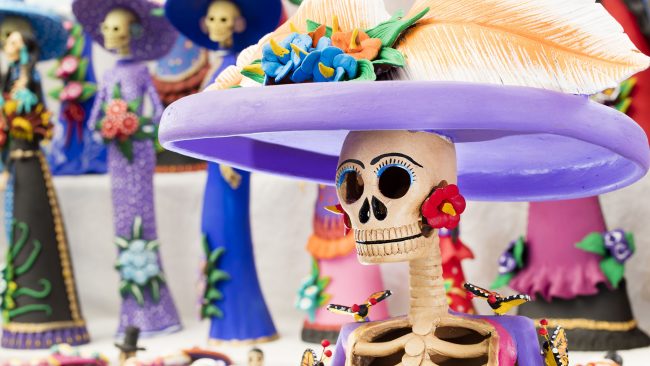 In the case of Nicaragua, between January 17 and 27, a curious play is performed: Güegüense. It is a satirical show in which some are dressed as Spaniards and others as mestizos.

Costa Rica is a state with a high Catholic tradition. One of its most important festivals is the Pilgrimage of the Virgen de los Ángeles, in which around 2 million people participate each year. In it, you travel about 22 kilometers to reach Carthage. 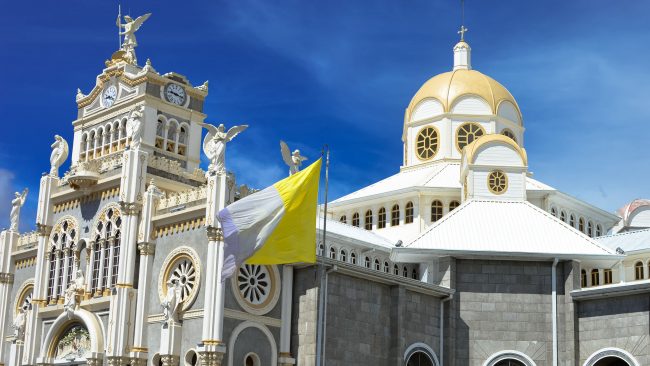 In the areas of Peru and Bolivia located more than 3,000 km high it is common to chew coca leaves. With this it is possible to alleviate the effects of the height, since this plant stimulates the nervous system. In Colombia they also consume a different food: ants.

He tango He was born in Argentina among the marginal classes. From the twentieth century it became popular and today is considered a language. In Buenos Aires the importance of this dance is immense. 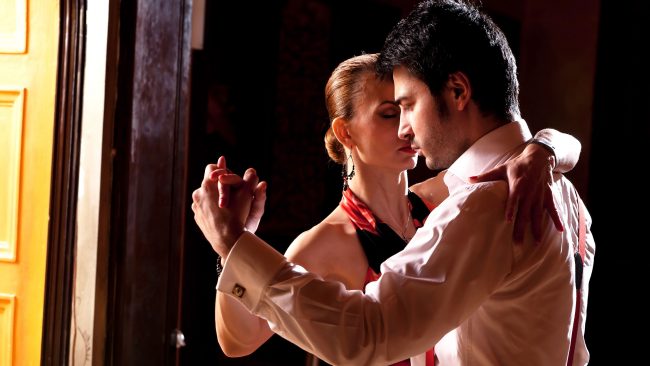 A different celebration of Venezuela is that of the dancing devils of Yare. In this party, people disguise themselves as demons and celebrate the victory of good over evil. If you want to know the rest of the country's particularities, you can visit this article: Venezuelan traditions and customs: when and where they are celebrated.

But if there is a place where Carnival is relevant, it is in Brazil, specifically in Rio de Janeiro, where more than two million people celebrate it every year.

In Jamaica, one of the islands of the Caribbean Sea, born Bob Marley, the king of reggae, a style of music that is part of a religion known as Rastafarian movement. 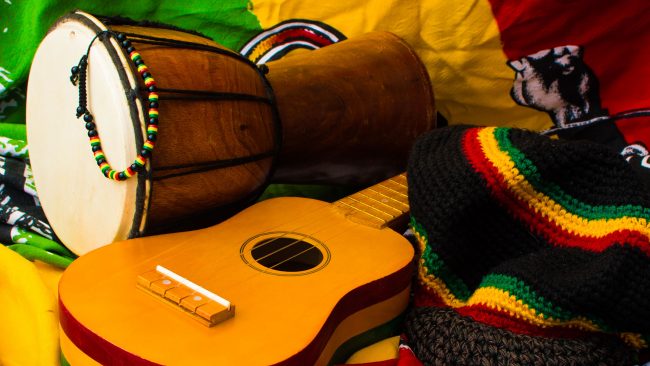 In Cuba they have some characteristic traditions when celebrating a wedding. One of them is that if you want to dance with the bride, you will first have to put some money in her dress.

North America is characterized by its cultural diversity. Although the official language is English, a multitude of languages ​​can be heard. The same goes for religions.

The most important celebration is that of Thanksgiving Day. In the United States it is celebrated on the last Thursday of November and in Canada on the second Monday of October. In it the whole family gathers to share a succulent dinner in which the turkey is the main course. 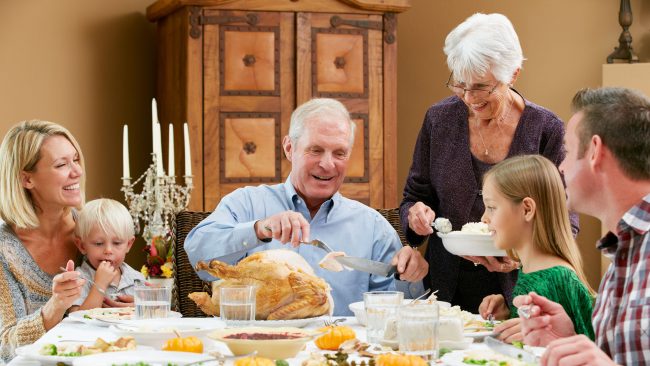 In a large part of the territory of the United States, the age of majority is 18 years old. However, you can drive after 16 and you are not allowed to buy alcoholic beverages to those under 21.

In restaurants in this area, you should leave a tip of around 15% of the total price. However, depending on how the service was, it may be higher or lower. 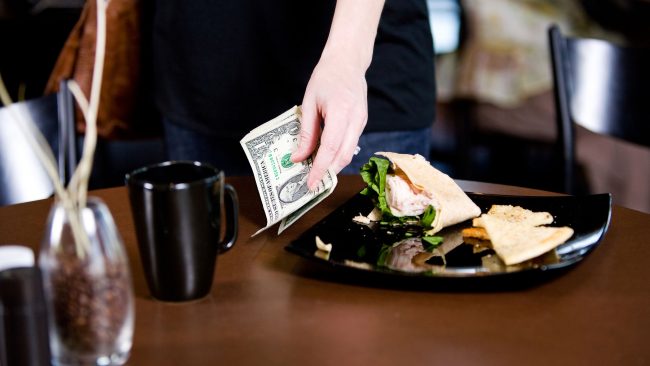 Canada, located to the north, is a country with a cold climate. Therefore, in February the Winter Carnival is organized, in which impressive ice sculptures are built. The most famous is that of Quebec City.

North of Africa is located Morocco. In this country meals are usually abundant, so it is not rude to leave traces on the plate. If a Moroccan invites you to eat, remember to listen to the host's prayer before you start. 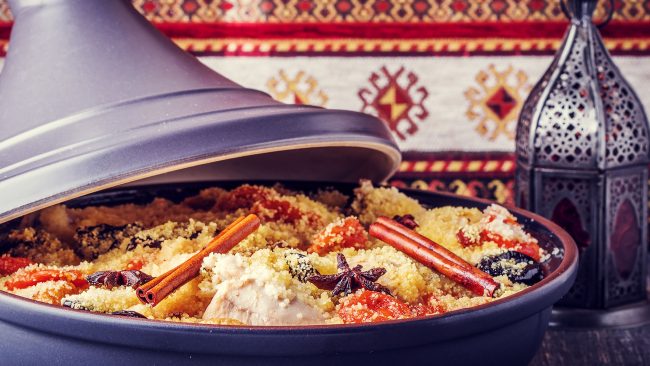 Somalia, located to the east, is a territory formed by a multitude of nomadic peoples. The same goes for Kenya, where the Masai and Luo tribes meet. If you want to know the customs of these peoples, you will find them in the following article: Indigenous customs of the world, their customs and traditions.

In Nigeria, homosexuality is prohibited. Therefore, it can impact that men are caught hand in hand. However, for them, this has a meaning of friendship and is completely normal. In contrast to this country, in this article you can find other more tolerant territories: The 15 most gay-friendly countries in the world.

Egypt is a Muslim country. Therefore, they follow the precepts of Islam. Among these, is the fact of not eating meat, as well as fasting during the holy month, the Ramadan. 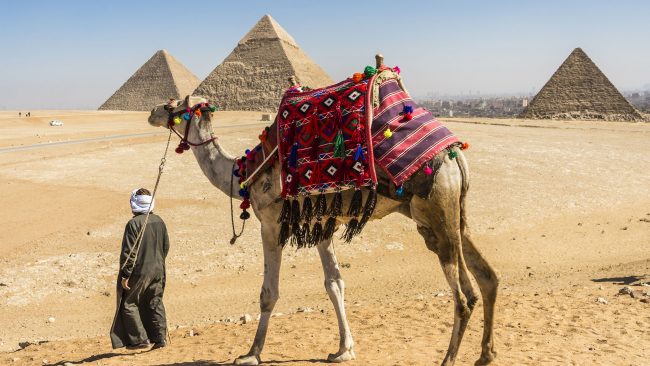 Oceania is a continent formed by more than 20,000 islands. Of ethnicity Maori comes a typical greeting known as hongi. This consists of joining the heads, leaving nose to nose. You should stay with your eyes closed for a few seconds.

In the case of New Zealand, a dance called haka, which was practiced by the warriors before starting to fight. With this, they managed to motivate and frighten the enemies.

Currently, it is famous thanks to the national rugby team, who practices it before each game. In the following video you can see an example:

In Australia, the most important holiday is celebrated on January 26: Australia Day. Events are organized in all cities, including beach parties and concerts. The arrival of Arthur Phillip, the founder of Sydney, is celebrated.