VallettaFor me, it is a fantastic place, adorned with a set of splendid monuments, beautiful religious spaces, cathedrals, theaters and magnificent baroque buildings, which form a wonderful city, which after having been there, you ask yourself: Exists? Or it is a dream. It exists, it is there, in a fortified peninsula, dominating the port of Marsamxett and the Great Port. And with an impressive historical heritage, for the intense and the singular. From numerous high points of the city you can enjoy magnificent panoramic views of several parts of the Islands, as far away as for example Medina (which we will talk about later in Malta Guide VII). 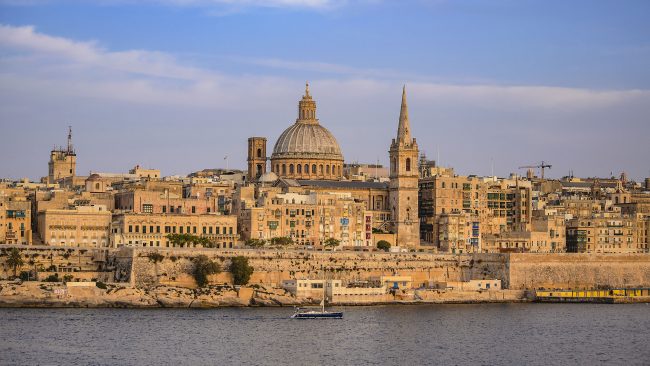 A.- Monuments in the street

Very early, I am at the City Gate and it seems to me that he was waiting for me, as if to welcome me. Valletta was founded on March 28, 1566 by Jean Parisot de la Valette and from there the city takes its name.
Every morning a flood of tourists, people, enters Valletta, through the City Gate, the City Gate, and arrives at the pedestrianized Republic Street (Republic St.). This street is the backbone of Valletta, a relentless river of tourists, a constant coming and going, from the City Gate to El Fuerte de San Elmo (Fort St. Elmo) and the National War Museum (Nat. War Museum ).
Its length is a kilometer and a half and see a map of the city, it means underlining in red, an impressive list of museums, places of interest, monuments, squares, churches, etc. such as:
Rums of Royal Opera, Palazo Ferreri, St. Barbara, St. Francis, Archaelogy Museum, Law Court, National Library, St. John's Co-Cathedral & Museum, Palace of the Grans Masters, Casa Rocca Piccola, etc. 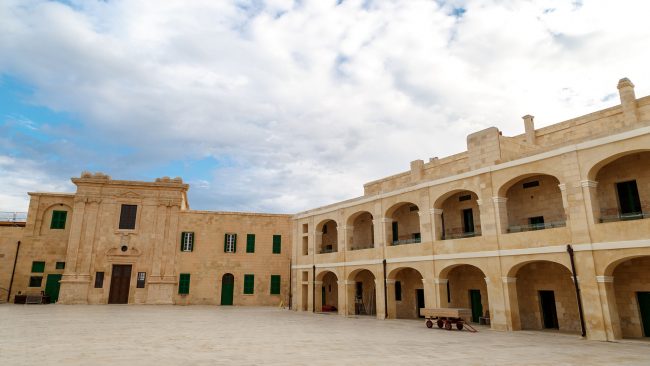 We are going to enter, to go through the door (I allow myself to enter, without knocking) and I look closely at the banner on the right: The Valetta Regeneration Project. (Good. I would be happy to volunteer in this rehabilitation, where necessary).

Other monuments on the street …

A meeting place for Maltese and tourists. Full of excellent restaurants, tea shops, cafes and breweries, the Republic Square. For the usual English, it is the Queen´s Square, because the statue that presides over the Plaza is that of Queen Victoria.

Here, in this section, I will include the Puerto Grande Cruise (more than in: Monuments on the street, monuments from the sea).

The ship has a guide that tells the route several languages, but none of those explanations, in Spanish.

From the boat, seen from Valletta, highlighting the dome of the St. Paul's Anglican Cathedral.

Fort of San Elmo, resisted the siege of the Turks 31 days. It was the setting for the filming of the film: "The Midnight Express" (Columbia Pictures, Midnight Express, Directec by Alan Parker and "made entirely on location in Malta and …").

I came with the idea of ​​seeing, the Co-Cathedral, the Cathedral Museum, and Caravaggio's works for the Order (among other artistic treasures)
The history of this monument is: In 1573 the Grand Master of the Order, Jean de la Cassière, orders the construction of a convent church for the Order of San Juan. This is finished in the year 1578.

The entrance, for your visit, is not made, by this part of the monument (it really is your exit, after the visit). We said that, originally, it was the conventual Church of the Military Order of the Hospital of St. Jerusalem. The Great Masters and the knights made gifts of great artistic value with splendid donations, to enrich it; It was called "Gioja": Donation that each Knight, according to Statute, was obliged to make to the Order, and these, were almost always the best works of art made by the best known artists.

The entrance to St John´s Co-Cathedral & Museum costs € 3 per person.

Let's go back to the history of the Knights of the Order. These were noble of the most important families in Europe and their mission was to protect the Catholic faith and Europe from the attacks of the Ottoman Turks. After the attack, known as the Great Site of 1565, the knights promised to turn Malta into a fortress, which would suit a military order with a capital worthy of a group of such illustrious nobles.
I enter. I am on the main ship and what I see is impressive. Magical.
I will try (by way of introduction) to explain the subject of languages ​​and shelters. Four chapels to the right and four to the left of the main nave (one for each of the languages). (I will also talk about the Hostels / Hostels that are currently preserved):

The Oratory was built as a place for private devotion. However, today, its main attraction, are the paintings of the famous artist Michelangelo Merisi, known as Caravaggio (1573 – 1610). The altarpiece, which represents the Decapitation of Saint John the Baptist, is the largest canvas he created and the only one known, which he signed.

Ah! I forgot to say that the Co-Cathedral is the place of eternal rest of the rest of the founder of Valletta: Jean Parisot de la Valette. So be it.

I really wanted to see this museum. Both for the building itself, one of the most important and emblematic of Valletta, and for the museum itself, opened in 1958, having to suffer (like almost all the museums I know, especially those of Archeology) changes, adaptations and modifications, with works that continue today. I only saw a room where “artifacts from the Maltese Neolithic period are exhibited, from the first settlers (5500 BC) until the end of the temple period (2500 BC)” and the collection of human figures. These, the Venus, very interesting.

I was struck by this engineering, this technique to move large blocks of stone. The "balls" of bearing "were there in large numbers (we also saw them in another museum) and their size would correspond to that of a basketball.

It contains a collection of Maltese art, from the 12th to the 20th century, with paintings, furniture, weapons …, arranged chronologically.

I turn to see the Visual Audio. Very marked, with many advertising signs throughout Valletta, indicating the way forward. The idea was to enjoy with “a 45-minute multivisual show about the history of Malta, reviewing and recreating the 7,000-year history of the island. And by the way, being very close, visit the Sacra Infermeria, an explanation – a three-dimensional walk – about the health function played by the Knights Hospitallers in Malta.

Well, step by box. To see The Malta Experience I have to pay € 19.50. In a practically full session, with tourists of very different nationalities and properly seated, they provide me with a paper, which “prayed” like this: “Please make sure that the music can be heard through the headphones, before the show begins. Otherwise, please call the attention of our usher. Choose your language by moving the selector button on your right. Prior to …". I figure the same, in Maltese, English, Deutsch, Francaise, Italiano and seven more languages. I liked? Well, halfway. Being generous, a 5 (out of 10); Maybe he expected something else.

Afterwards, I could not see the Sacred Nursing, headquarters of the Knights Hospitallers. There was a celebration with their catering and all this and they didn't let me in.

We continue along the street of the Republic, to enter the A. C. Aquilina & Co Bookstore… It is the oldest Bookstore in Valletta (Republic Street 58. Valletta)

We could not forget the markets, where you can buy anything: plants, fruit, electronics, clothing, music, religious images, videos, etc. In Valletta, in Merchant´s Street, every day, from 7 to 12 hours. "Markets are an essential part of everyday Maltese." Enjoying its atmosphere is a real pleasure.

G.- How to get there and how to get around

Everything I've been talking about revolves around the Triton Fountain, the main bus terminal on the Island of Malta, which offers services to all cities and towns and really, with frequent intervals. They don't make you wait long at the stop.

There is also direct bus service to tourist areas, such as Medina / Rabat, Cirkewwa (to take the ferry to Victoria, on the Island of Gozo, which we will talk about later), Qawra and Bugibba. Brochures and information on routes and schedules can be obtained at the Bus Terminal or at the Tourist Information Points.

In the Taxis section, there are the white Taxi Blanco (which is a private service) and that are usually taken at the most tourist points. I saw several “Seat Toledo” circulating in the streets, with the steering wheel to the right of the driver.

I do not remember the exact extent of Valletta, but you can walk it on foot and enjoy a “lot”. With or without a plan, the main street and its parallels are a gift for the eyes.

Another possibility is to reach the City Gate and once past, turn left, to the San Miguel Bastion, leaving the sea on the left, until you reach Fort San Elmo and the Siege Bell Memorial … If you go with your camera Photographic, take backup batteries. It is a walk that you should not miss either.