More and more people decide to travel with their dog, cat or pet. For this, it is important to know which airlines allow animals on board, as well as the rules of other means of transport. On the other hand, know the best destinations to go with your partner.

Each airline has specific requirements when transporting your pet on the plane. These are the ones that have two different options: 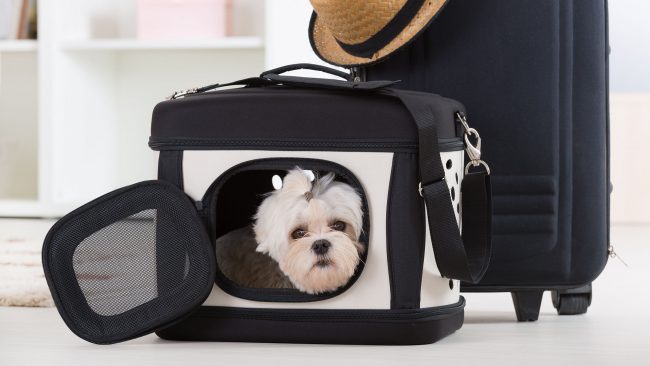 All companies require that the animal go in a cage in which it has enough space. This must be closed during the whole journey. If you go in the cabin, it is placed under the front seat. The maximum weight indicated includes both the animal and the carrier.

Several veterinary documents are requested and an extra fee must be paid that varies depending on the company. Some of them have a transfer service for animals of any weight. However, these may not go on the same plane as the owner. 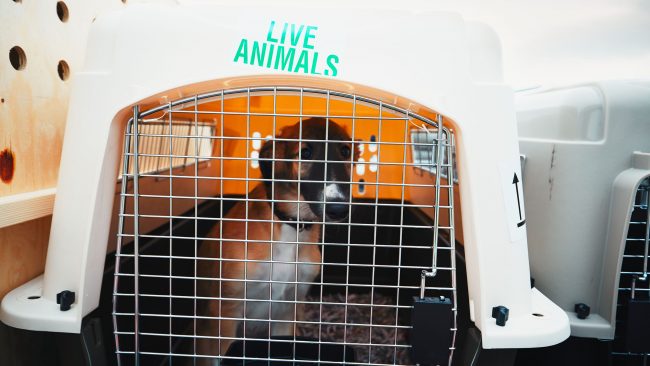 On the other hand, some companies only give an option in a large part of their flights: 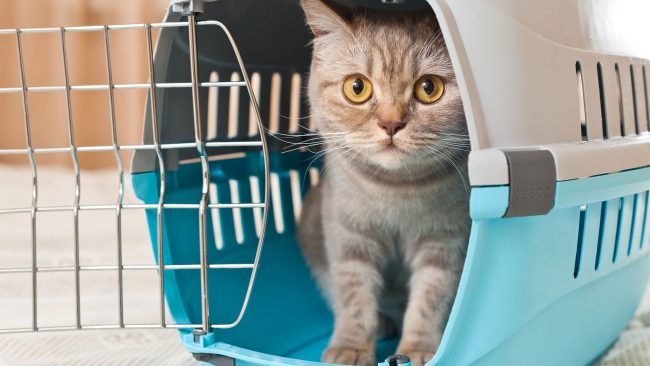 As for the companies that they do not allow Animals on board, with the exception of guide dogs, are the following:

In the case of Spain, the main railway operator is Renfe. The conditions for traveling with animals depend on the type of train: 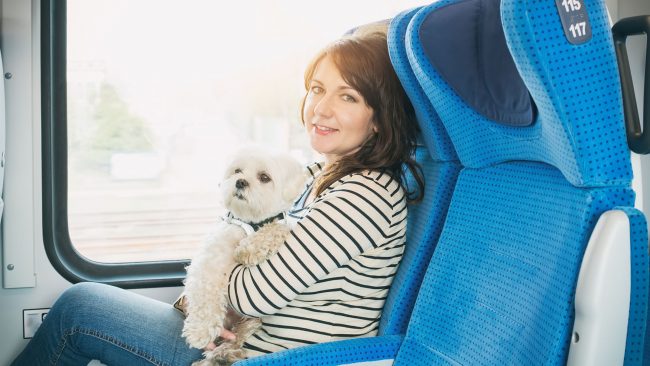 Therefore, a drawback of traveling by AVE or long and medium distance trains is that you will not be able to go with your dog if it is large.

If you plan to travel with a dog for Europe, you will not have great impediments, as most companies accept them. In the case of the ICE train (InterCity Express) they must go either by carrier or with a strap and muzzle. This model goes through the following countries:

Another way to go on vacation with your dog is by land. The law does not include any prohibition, it only indicates that the animals do not disturb or remove visibility to the driver. 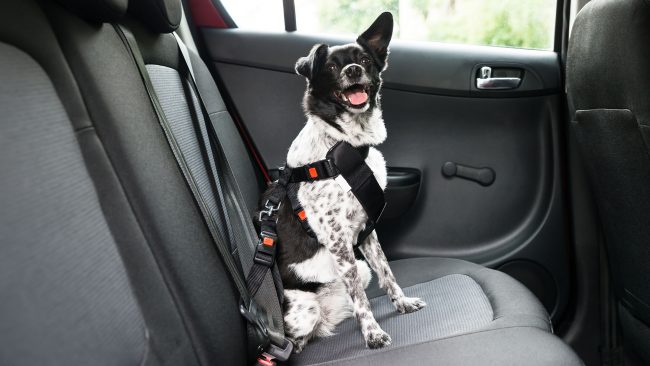 There are different methods to take a dog in the car. The most dangerous thing is to wear it loose. With a single hitch harness or a carrier secured with a seat belt, collisions can be dangerous.

The two hitch harness is more stable. On the other hand, one of the best options is to place the carrier on the floor of the vehicle, between the front and rear seats.

If you want your pet to have more mobility, another alternative is to place a dividing grid between the trunk and the rest of the vehicle. However, a collision can be serious for the animal. 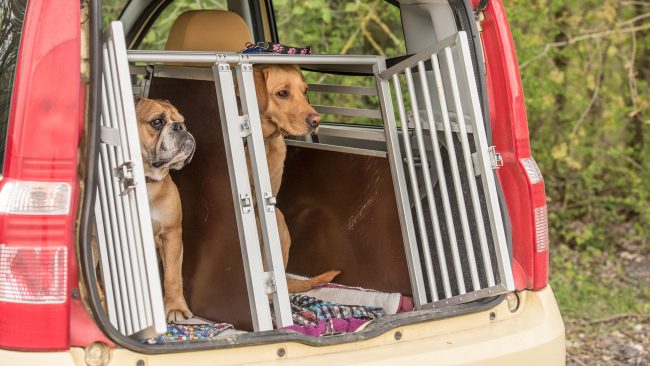 Therefore, according to the DGT (Directorate General of Traffic) the safest way for both passengers and animals is to combine the carrier with the dividing grid. The same can be applied to the van and motorhome.

You can travel in Blablacar with your pet as long as the driver agrees. Cats tend to be more nervous during transfers, so you can give them a sedative, as long as you check with the veterinarian before. 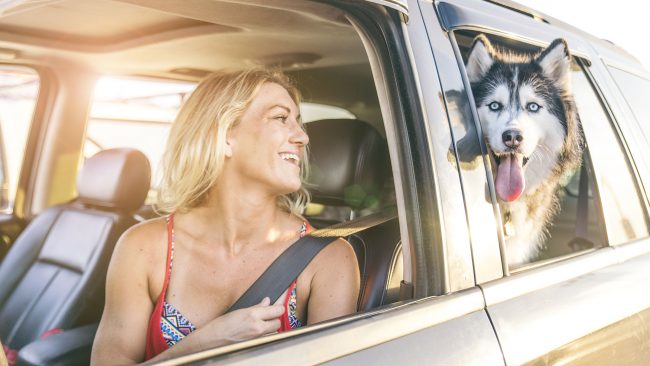 The bus or bus is a more restrictive means of transport as far as pet transport is concerned, although it may be ideal for a weekend getaway. Each company has its rules: in some they allow traveling with animals, while in others they do not.

In the vehicles of the company Alsa can go dogs, cats and other pets of up to 10 kilos. They must go in the cellar and inside a cage.

The Mexican bus company Futura also allows it. If it is a long journey, the animal must go sedated. In the case of Primera Plus, sedation is also a requirement.

When it comes to numbing an animal, it is important to heed the veterinarian's recommendations. Otherwise, it could be dangerous for the dog or cat. 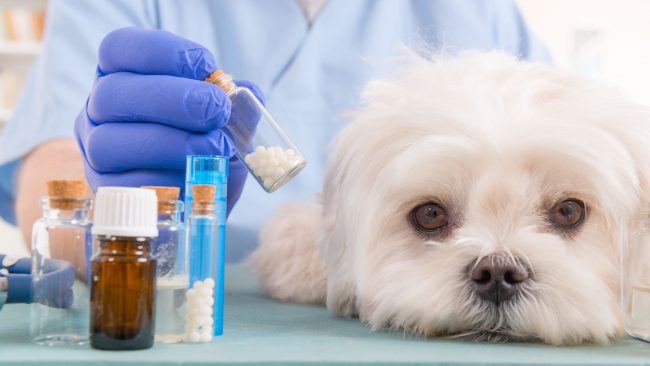 In Argentina it is forbidden in most micro or long distance buses. As for the Chilean company Turbus, the only exception applies to the case of guide dogs.

Some animals are also welcome by boat or ferry. In Buquebus you can go a dog, cat or bird per traveler. The maximum weight allowed is 6 kilos and you have to travel in a carrier or inside the car.

As for Baleària, when booking, you have to choose between small cage (under 30 kg), large cage or own carrier. The price is € 10, except in the following lines, which is free:

With Fred Olsen they can go in a cage, provided they weigh less than 6 kg. In Grimaldi Lines, if they exceed this limit, they are accommodated in a kennel. In addition, they can take a walk on the outside of the ship. 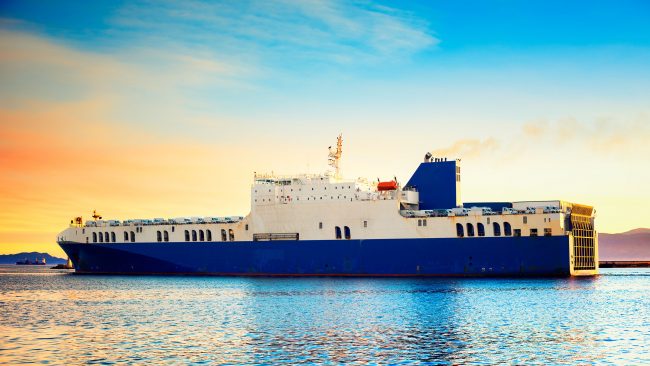 They can also go outside with Naviera Armas. In this case, they can go inside if they do not weigh more than 10 kg and go inside a carrier. When taking them out, they have to wear a leash. Dogs of breeds considered dangerous should wear muzzles.

Dogs, cats and harmless animals are allowed in the Transmediterranea fleet. They will go in a cage of 50x40x25 cm or, if they do not fit, with a strap and muzzle. In the ferries a booth area is enabled.

To travel to any country with your dog, it must carry a chip, keep vaccinations up to date and have a veterinary certificate. Also, for some destinations, they need a passport. Some places are more recommended than others.

France is a country that respects animals, so they support people traveling here with them. In much of the restaurants they let the dogs pass. However, there is usually a size limit. 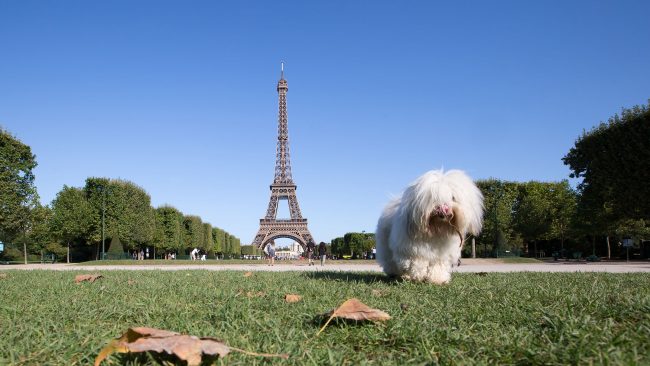 In addition, it is a site with large parks and green areas, ideal for our pet to exercise and enjoy. There are even shopping centers where they are admitted.

In recent years, Panama has begun to open up to one more world. pet friendly. There are already some accommodations where pets can sleep. Also, there are usually no problems on the terraces of the establishments. 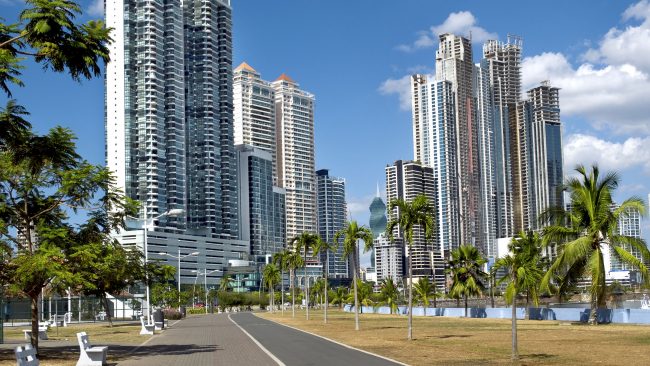 Although it depends on each area, in the United States we find states and cities in which the dog is one of the community. In the case of New York, there are restaurants with menus for them.

However, the territory that stands out the most is San Francisco. Here you can enter with them some attractions and monuments. In addition, as its inhabitants have so many dogs, they have many amenities. 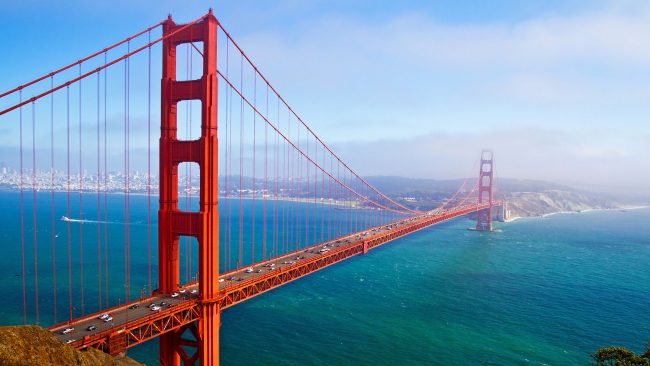 In Portugal you can also eat on the terraces of the restaurants accompanied by your pet. It is also not difficult to find accommodation for both, although it depends on the area. 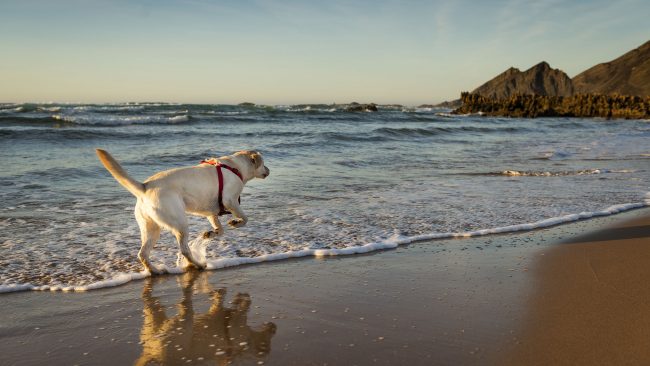 The first Portuguese beach where dogs are allowed is in Porto of Areia Norte, in Peniche. However, more and more areas will join this initiative year after year.

Argentina is another Latin American country that is gradually accepting travelers with dogs. Especially in Buenos Aires, you will have no problem finding an accommodation where pets are allowed. 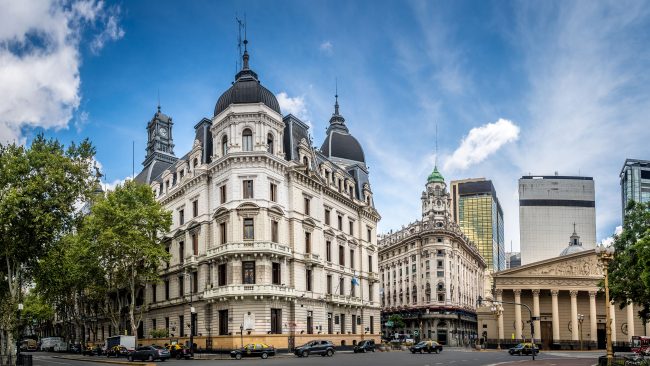 Other corners of the country to travel with your partner are Mendoza, Tierra del Fuego and Mar de Plata.

This article has been shared 53 times.