The typical costumes of Argentina express their folklore, in which the dances, dances and traditional musical genres have a very important role, since the majority of costumes are related to some of them. In what follows we mention the most popular costumes and accessories of this country.

The most representative costume of Argentine folklore is that of gaucho, both in its male and female version. The use of the term gaucho goes back to the colonial period and there are several theories about it.

On the one hand, it is thought that it may come from the Quechua language word huachu, what does it mean orphan, tramp and it became the term used today because of the pronunciation given by the Spaniards.

Another theory is the one that relates the word to the word chaouch of Arabic origin and what it means animal raider.

In either case, it is understood by gaucho a cowboy type Natural semi-nomad of the plains and areas near Argentina, as well as some regions of Uruguay, Paraguay, the Bolivian Chaco and southern Brazil.

The gaucho figure emerged in Argentina back in 1600, after the Spaniards took the horse to the New World. In its origins, it was a lonely and free-spirited person with few possessions beyond his horse.

Today, the gaucho figure continues to occupy a very important place in Argentine folklore, especially in the agricultural sector, whose men are still wearing this outfit.

The classic Argentine gaucho men's suit combines totally black pants with a white shirt and, on top of it, an open short-sleeved jacket. These garments form the basis of this outfit, which includes a series of accessories that will be key to really make the suit considered gaucho.

Undoubtedly, the star accessory is a red scarf tied with a knot frontally, that is, to the neck. Other important details are a brown girdle and boots, which always go above the pants. Finally, this suit also includes a kind of characteristic reddish beret. 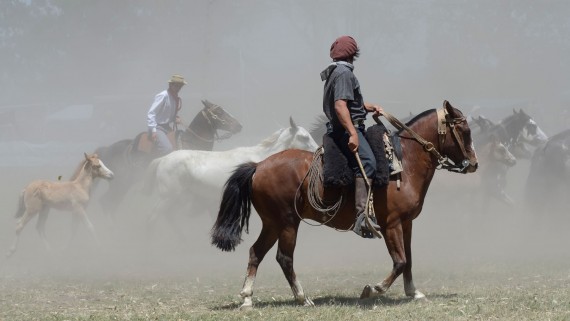 The gaucho suit also has its version for women, in which case it is called China (This term derived from Quechua, which means girl or female), countrywoman, guaina, gaucho and garment. Of all of them, possibly the most commonly used is that of countrywoman.

The gaucho woman, originally, occupied the role of accompanying the gaucho and, therefore, her traditional dress should be characterized by its simplicity, as well as the male dress.

So, the country suit is made up of a semi-flat skirt without petticoat (skirt that is placed under the main skirt as an underwear) and a kind of long-sleeved camisole that reaches the height of the neck.

As for footwear, women use espadrilles As a symbol of your honesty. Finally, the traditional hairstyle is two side braids that fall on both sides of the shoulders.

Currently, Argentine gaucho and paisana costumes can be seen in all their splendor in the Tradition Week Argentina, during which Tradition Day is celebrated, which takes place every November 10.

During this holiday you can see various parades and horseback riding in different regions of Argentina, among which those of Córdoba stand out. It is also usual that during these holidays competitions are held to reward the best costume.

A large part of these celebrations takes place thanks to the Argentine Gaucho Confederation, which ensures the preservation of the gaucho traditions, which undoubtedly are part of their costumes. 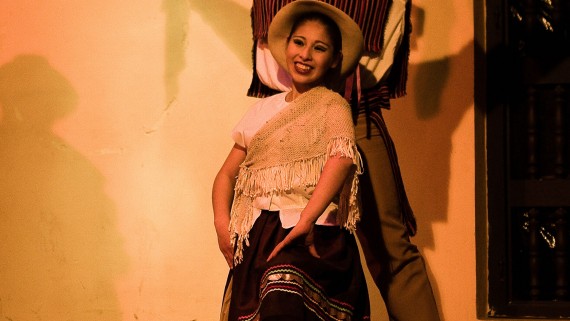 Within the indigenous communities of South America, Argentina is one of the countries that conserves more native peoples, of which its traditions and customs have persisted, among them, the typical dress.

Within this country, the clothing of the Kolla tribe stands out, which are an indigenous people that inhabit the North Chico of Chile, the north of Argentina and Bolivia. Its origin dates back to the twelfth century and, according to data collected by experts, originally lived around Lake Titicaca, located in Bolivia.

Currently, according to data collected in the Argentine and Chilean census, the largest Kolla community inhabits the Argentine territory, specifically Salta, Tucumán, Jujuy and Buenos Aires.

Thus, their culture is widely extended, a fact that can be seen reflected in their typical dress, which highlights especially the women's suit, which is quite similar to the country suit we have talked about previously.

He kolla women's suit It is red, with a black hat and two side braids that fall on its shoulders. In general, it stands out because it brings together the basic characteristics of the typical highland costumes.

The suits of the collas are very warm due mainly to the low temperatures that are reached in the areas where they reside, especially at night, which may be below 0 ° C. It is also common for the outfit to include a wool poncho, similar to that used in the typical Andean Region costumes. 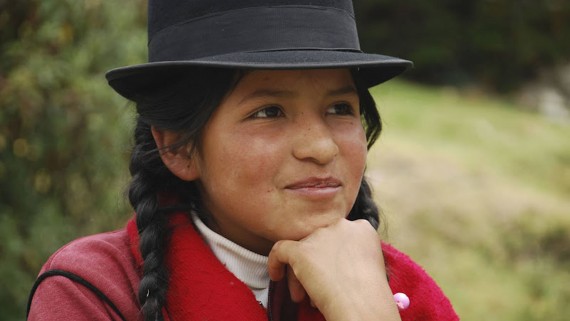 The dances and dances typical of Argentina are part of the folklore of that country and are derived from the wide variety of musical genres present in Argentina.

There are many typical dances, each of them with their corresponding attire, but, undoubtedly, the quintessential Argentine dance is tango, which has traveled around the world and is practiced in several countries. In what follows we explain what is the tango dress, known as tango suit, and that of the Argentine chacarera dance.

Tango is, at the same time, a musical genre and an original dance type from Argentina and especially popular in the region of Silver river and Buenos Aires, as well as in Montevideo (Uruguay). The tango dates back to the end of the 19th century as a result of a fusion between Rioplatense, African, Italian, Hispanic and indigenous culture. 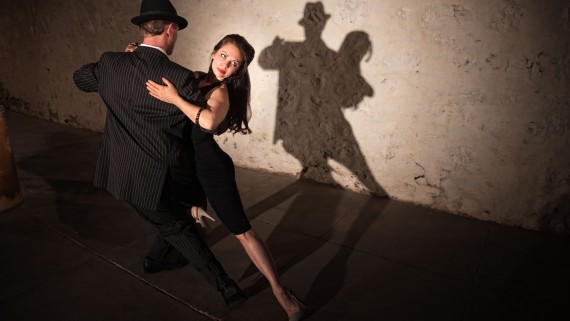 Tango is a Sensual dance that is danced as a couple and, therefore, the traditional costume used for this dance is equally sensual. Stresses the female attire, which consists of a dress usually red, although it can also be black, with a side opening on one side, so that one of the legs is semi-discovered.

Although it is usually a short dress, there is also a longer version. Under the dress, transparent, semi-transparent black or grid-colored stockings are usually worn. The shoes are always high heels.

As for the male tango dress, it always consists of a suit, which can be totally black or black with fine white stripes. Under the suit, the tango He wears a white shirt, on top of which an optional tie or bow can be included, and the black hat is never missing. The fundamental thing is that the male attire transmits an elegant and, at the same time, manly image. 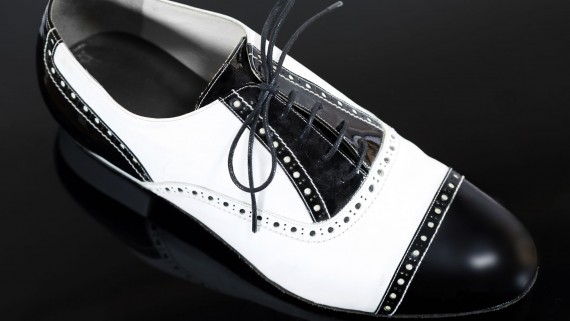 The chacarera dance is a original flokloric dance of Argentina, specifically from the province of Santiago del Estero, although, today, it has spread throughout Argentina and even a part of Bolivia (Chaco region). This dance has its own music, which is played with guitar, bass drum and violin, although varied instrumental formations have been added since the 20th century.

This dance runs in couple within a group of several couples and has a free rhythm, although coordination should be maintained with the rest of the couples that make up the group. However, the basic steps of this dance consist of rounds and turns. 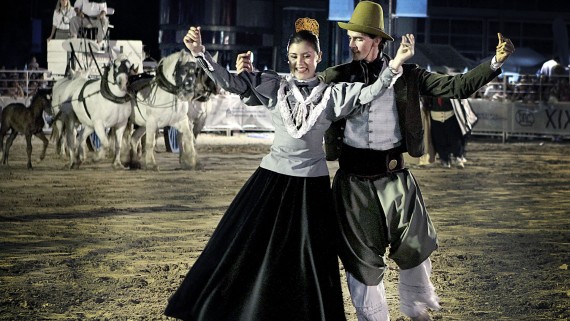 The women's suit consists of a long pumpkin skirt usually black or dark in color. The upper part consists of a gray or white turtleneck shirt, on which a kind of jacket characteristic of this suit is placed. Finally, in the hair the woman puts a comb.

As for the man, he wears a pair of pants, too, that is, wide and tight at the waist. At the top, he wears a white shirt with buttons and, above it, a jacket. The hat is never missing, which usually matches the color of the jacket.

Carnival celebrations in Argentina stand out precisely for their typical costumes. They draw special attention to the Corrientes Carnival, region located on the Argentine coast and considered as the National Capital of Carnival, and the Carnival of the northwest, in the regions of Jujuy and Salta. 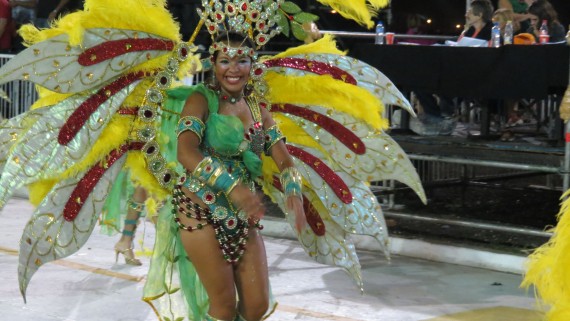 The carnival of the Argentine coast (Corrientes and Entre Ríos) is very similar to the Brazilian carnival, since it combines costumes, parades and street parties especially at night. The costumes of these parades are characterized by including fantasy motifs, usually made with shiny stones, sequins, feathers and earrings, among other materials.

As for the carnival parties of northern Argentina, these are markedly different from those of the coast, mainly because their typical costumes are inspired by the Inca ancestral customs, at the same time they have been mixed with current elements.

This article has been shared 190 times.