After the Mexican taco and fajitas, enchilada is another of the typical foods of Mexican cuisine. Like the aforementioned dishes, enchilada has as its protagonist the corn tortilla.

The typical or most common enchilada is the one that is stuffed with pieces of meat and black beans, however, depending on the style we want to give it, we can fill it with red or white meats, cheese, onions in rings, lettuce, sliced ​​tomato, guacamole and cream of milk. 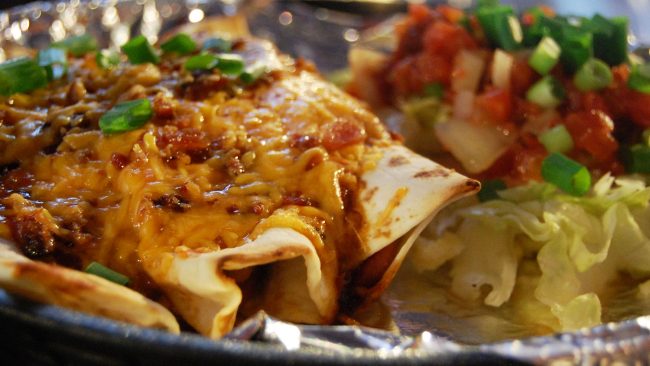 How to prepare enchilada

The enchiladas are easy to prepare since it only consists of filling the tortilla with the ingredients, but, it is important to indicate that once we have sealed the tortilla, we must take it to the oven for at least fifteen minutes so that it is au gratin with the cheese .

Enchilada, like other typical dishes, has also been adapted to the gastronomic tastes of other countries, for example, in Guatemala it is made with toast instead of corn tortilla and the filling is prepared with pieces of meat, tomato sauce, eggs hard and a pickle that is prepared with carrots, peppers, garlic, onion and chili. 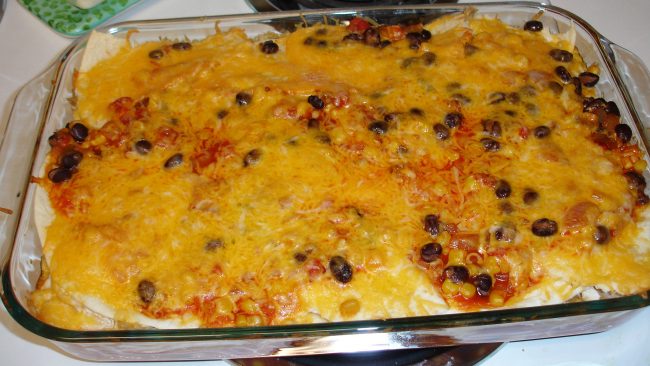 Among the most common enchiladas we find:

– The green enchilada, which is filled with green tomatoes.
– The Swiss enchilada, where milk cream is used instead of pieces of cheese.
– The bean enchilada is filled and covered with a generous amount of beans.
– The enchilada de mole, are covered with mole and seasoned with sesame seeds.
– The northern enchilada, in it the protagonists are tomato sauce and chili.

Finally, there are the less popular variants that are: encreda enchilada, where the important thing is to cover it with cream sauce; and the enchilada entomatada, which is usually filled with red meat and covered with tomato sauce and cheese in pieces.