The tajín (whose Arabic name is tajine) is one of the symbolic dishes of the cuisine of North Africa, especially in the countries of Algeria, Morocco and Tunisia.

This dish is traditionally served in a clay vessel that has a conical shaped lid and bears the same name. Among its main features is the one that allows the steam to be maintained after cooking and helps to keep warm. 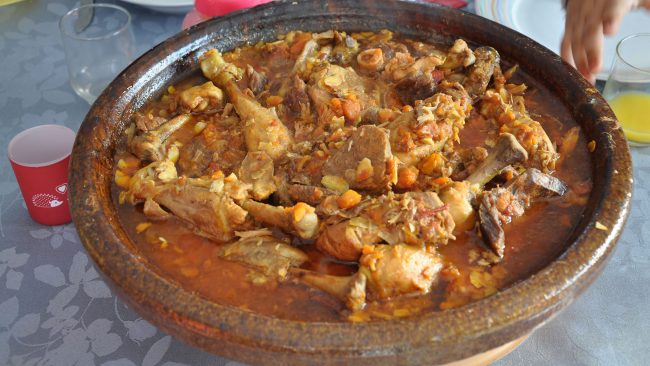 How to make tajín step by step

After washing the plums and vegetables, we chop the latter into very small pieces; We remove the fat from the chicken and cut it in the same way.

In the tagine we place three tablespoons of olive oil and once it is hot (over low heat) we place the vegetables and the chicken pieces. When the chicken is starting to cook, we add the other ingredients.

Cover the entire contents with bird broth and cover the tagine, letting it simmer for about twenty minutes. We put out the fire and serve to taste.

Although the preparation of the tajín is the same in all its variants, these exist because we can prepare this dish with different types of meat, so, we find: tuna tagine, veal tagine, argan tagine (oil obtained from the grain of the plant of this name), vegetable tagine, veal tagine with vegetables and sardine tagine. 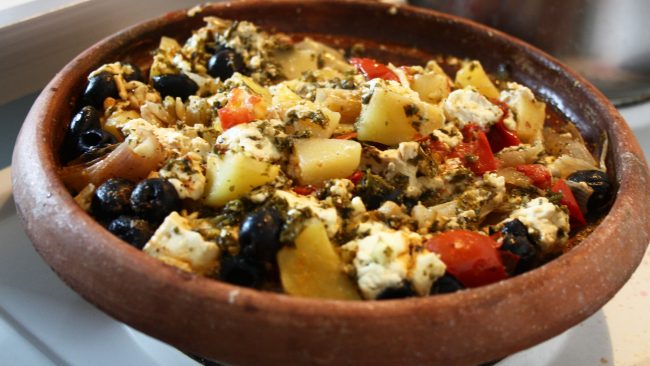 Apart from the types mentioned above, we must highlight the most popular are the chicken tagine (which is accompanied with lemon juice and olives), the lamb tagine with caramelized quince and lamb tajine accompanied with prunes.