The Knödel They are a typical elaboration of Germany and other areas of Europe that are served both as a main dish and as a side dish. In this article, we give you information about this dish, we talk about your recipe and distinguish the different types available.

Although it may be written as nudel, this adaptation is not completely correct and its official name in German is Knödel or Klöße. The Knödel are dumplings They can be made in various ways and with various ingredients.

They are typical especially in southeastern Germany, the Czech Republic, some areas of Austria and in the High Adige, an Italian province with Austrian tradition.

Not to be confused with the German word Nudel, what does it mean noodles. Therefore, if you travel to an area where German is spoken, it is better to call them Knödel, dumplings in English.

There are different ways to serve Knödel. They can be prepared as a main course or as an accompaniment to numerous meals. In addition, some variants are stuffed and can be cooked both sweet and savory. 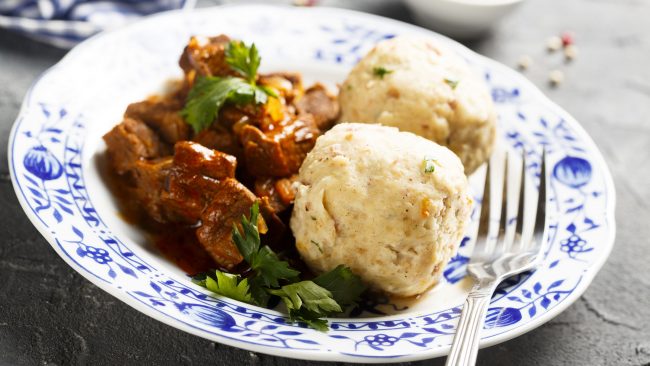 The ingredients Basics needed to develop the basic variant of Knödel They are as follows:

First, heat the butter in the pan and sauté the onion and garlic already cut in it. On the other hand, in a pot the milk is heated over low heat. Once it starts to boil, the bread is added. Remove the milk that the bread has not absorbed. 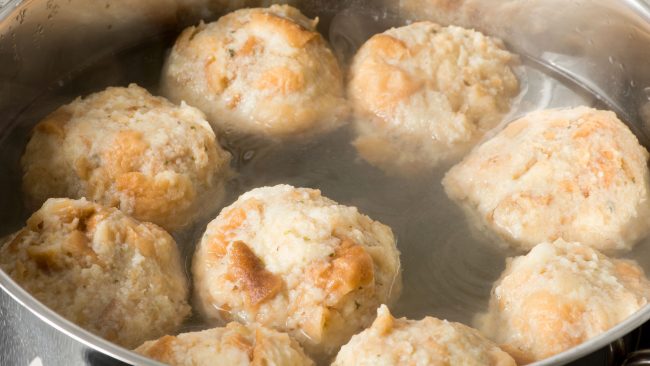 Beat the eggs with the onion and garlic, and add pepper and salt. It is incorporated into the pot of bread together with chopped parsley and mixed all until a dough is formed.

With the moistened hands, a kind of compact meatballs are made with the dough. They are put in a pot with boiling water and cooked for about 15 minutes. Finally, they are allowed to cool to room temperature.

As we have mentioned above, there are numerous types of Knödel which differ in large part by the main ingredient they carry:

Dampfnudel
They are cooked with fresh yeast dough. They have a golden salty crust.
Semmelknödel
They are made mainly with bread and hard bread is used for cooking. It is usually an accompaniment to the main course.
Germknödel
It has icing sugar, poppy seeds and butter or vanilla ice cream, making it a sweet variant. In addition, inside it has plum jam.
Klüten
It consists mostly of flour and accompanies both sweet and savory dishes.
Königsberger Klopse
typical of the surroundings of Berlin, Germany, although they are originally from East Prussia, currently Poland, Lithuania and Russia. They are made with meat. 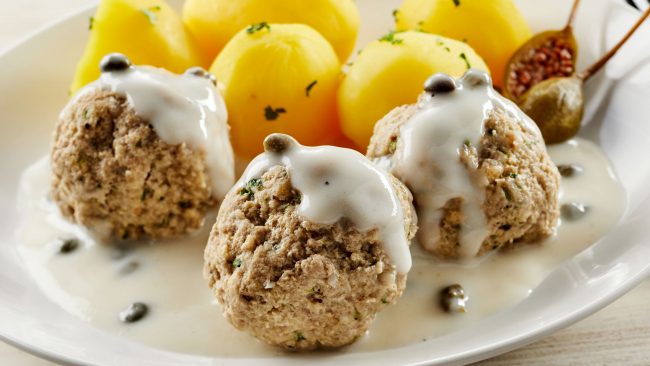 However, these are not the only types, since in each zone a different viraity predominates, so they can be tested tens from Knödel different.

This article has been shared 79 times.